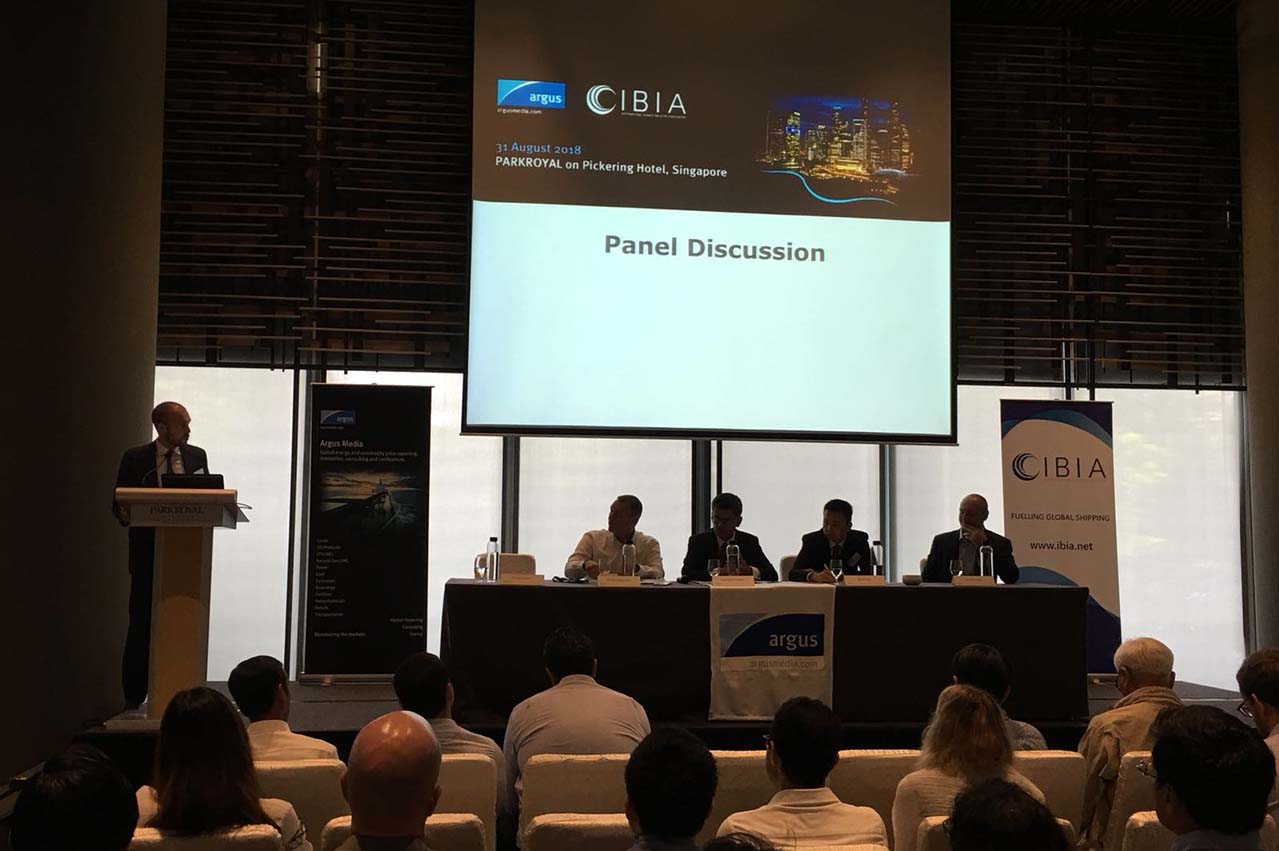 Issuers of bunker contracts without the inclusion of ISO 8217 Clause 5 does not mean the party is free from liabilities in the event of claims due to MARPOL regulations, says an industry expert.

Clause 5 in ISO 8217 and Regulation 18.3 of MARPOL Annex VI both broadly state that fuels shall not contain any material in a concentration that adversely affects the performance of machinery.

"Bunker suppliers buy bunkers, not fuel oil cargo; contractually, the terms between bunker supplier and cargo trader need to be relooked at carefully to ascertain if the agreement is for fuel oil 380 centistokes (cSt) cargo or bunker marine fuel oil 380 cSt," said Neo during the conference’s question and answer session.

"There is a huge difference if you are just buying fuel oil 380 cSt via fuel oil cargo specs provided by the cargo trader, or bunker marine fuel via ISO 8217 specs because in this case bunkers are also governed by MARPOL Annex VI Regulation 18.3."

Regulation 18.3 of MARPOL Annex VI governs 'Fuel oil for combustion purposes delivered to and used on board ships', according to a MARPOL document seen by Manifold Times.

Countries that are party to the MARPOL Convention are required to follow the regulation; due to the statutory requirement all marine fuel supplied in these countries will also need to follow MARPOL rules regardless of ISO standards.

"ISO standards, furthermore, are voluntary agreed in the SS600 / TR48 but the MARPOL regulations are implemented on a compulsory basis," notes Neo.

"This means there is still no protection from claims for bunker fuel sellers which remove Clause 5 under ISO 8217, as the MARPOL regulation still overrules."

Meeting will be held electronically on 6 October 2022 at 11.00 am for creditors to hear any explanation given by liquidators, according to Government Gazette notice.