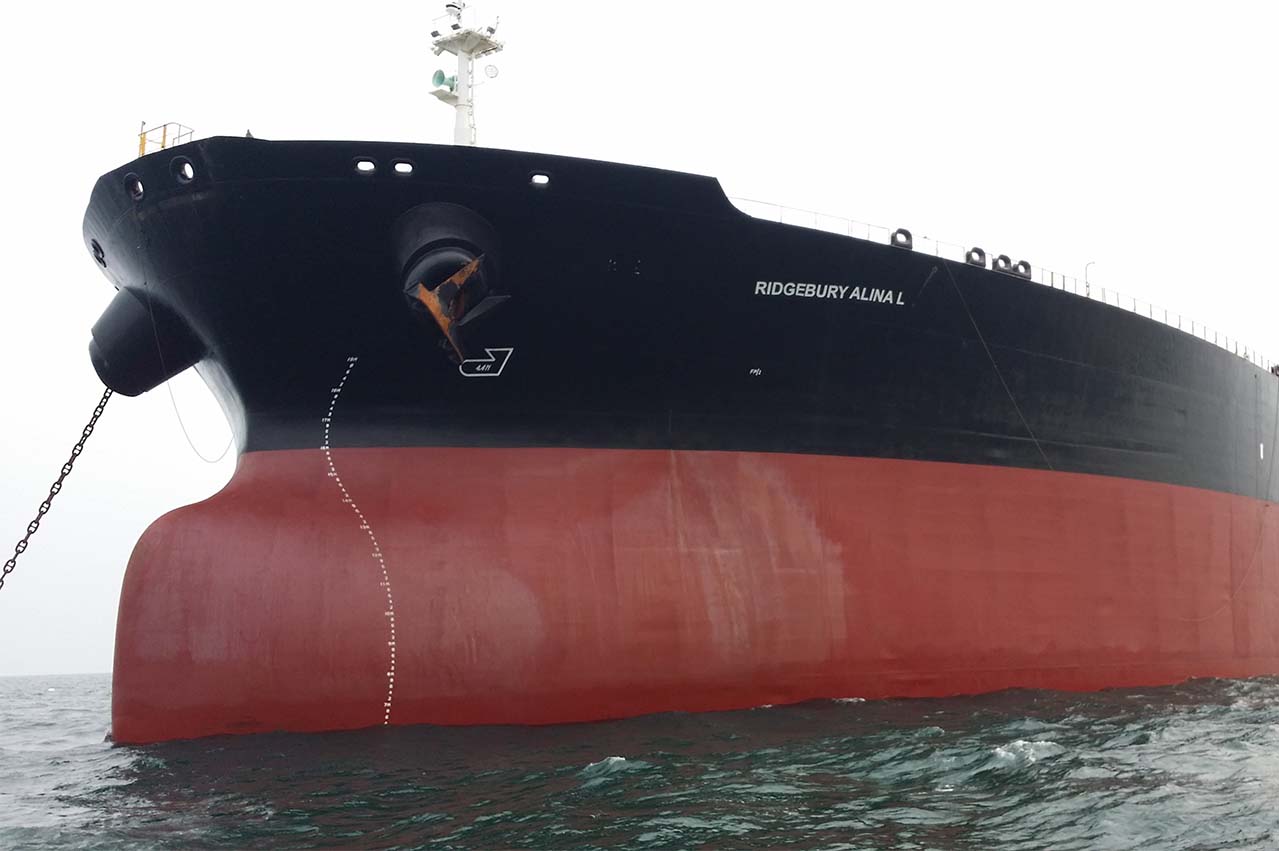 Blue Fin Tankers Inc., the Suezmax tanker operator pool of Heidmar Inc., on Friday (8 February) filed a complaint against Bomin Deutschland GmbH at a U.S. Court seeking a total US $1 million (exact: $1,022,662.12) in damages over the use of off-spec marine fuel on the M/V Ridgebury Alina L.

“At some time prior to delivering the bunkers to the Vessel, Bomin received information that the bunkers it received from its supplier Shell were off-spec and were not suitable for use and should not be delivered to the Vessel,” alleges the complaint from Blue Fin.

Blue Fin claimed it later received a call from Bomin informing of the off-spec bunkers but explained to the fuel supplier it had to sail from Port Louis to deliver the charterer’s cargo on time at Singapore or face damages.

Results of the secondary testing, however, confirmed the bunkers were off-spec and could not be used resulting in the M/V Ridgebury Alina L arranging to take on fresh fuel at Galle, Sri Lanka on 31 July while on route to Singapore.

The vessel sustained physical damages to its fuel tank, piping, and fuel system as a result of the off-spec bunkers; the value of damages may be submitted to the U.S. Court at a late date.

The deviation resulted in Blue Fin incurring additional cost of US $364,603.20 due to increased fuel consumption, lost time, additional steaming time, and other internal costs.

The delay cost the charterer a reduction in the price of its cargo, as well as other financial damages, in the amount of approximately US $658,058.92 which it submitted to Blue Fin.

“As a direct result of Bomin’s breach of its express warranty, the Vessel was delayed from it Voyage causing Blue Fin damages in the amount of approximately $1,022,662.12,” it states.

Lawyer: Is a bunker delivery note a binding contract under Maltese law?

Fenech & Fenech Advocates explains why the bunkering community must continue to watch this space.