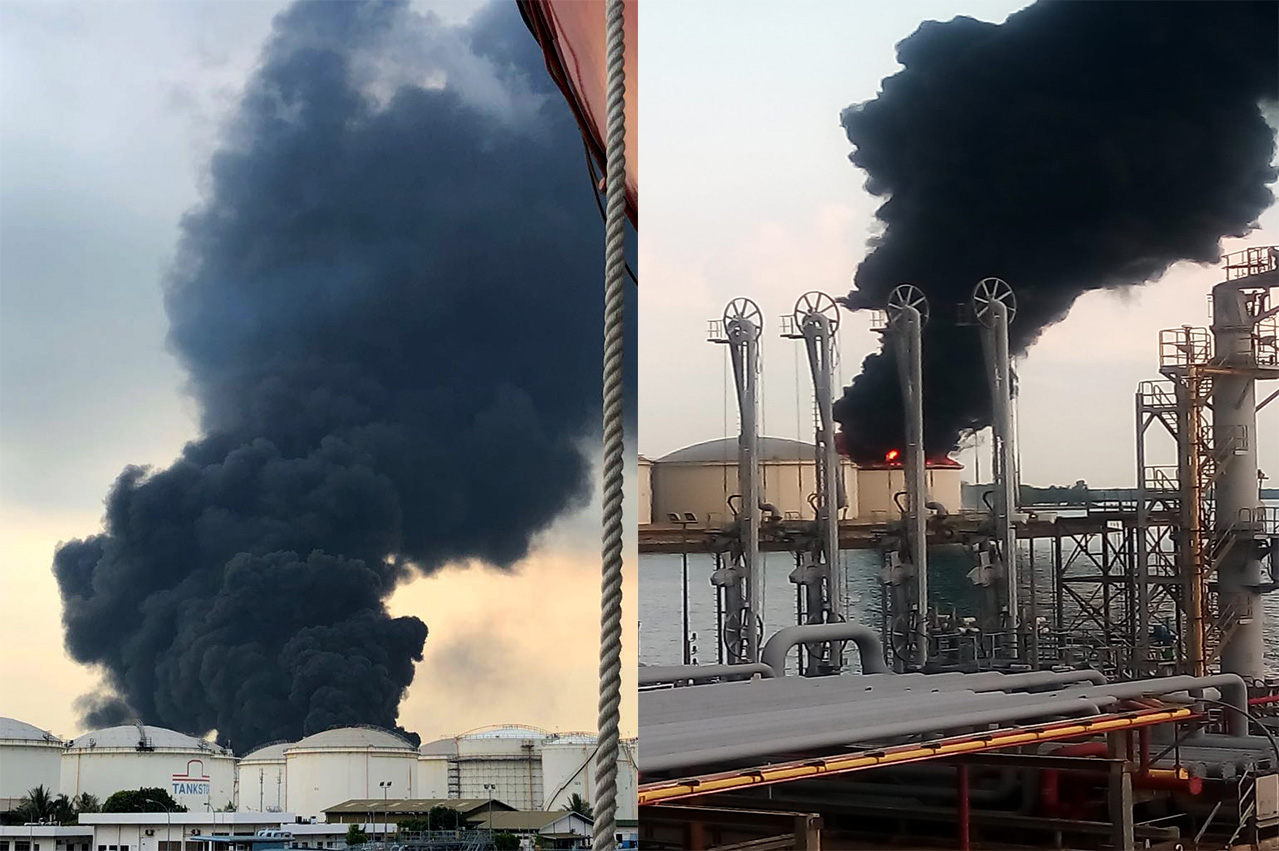 An oil storage facility operated by Tankstore at Pulau Busing, Singapore caught fire in the early evening of Tuesday 20 March, 2018.

A Tankstore source contacted by Manifold Times did not wish to comment on the incident as he was waiting for an official response from the management.

The Singapore Civil Defence Force (SCDF), meanwhile, in an online post says it has been alerted to the fire and was responding to the incident.

“SCDF resources have been forward deployed to Pasir Panjang Ferry Terminal, prior to boarding a craft to Pulau Busing,” it notes.

The Pulau Busing facility of Tankstore has total tankage capacity of 2 million cubic metres (cbm) in 112 tanks ranging in size from 300 cbm to 60,000 cbm and 12 berths that can handle vessels up to 236,000 summer deadweight tonnes (SDWT), according to information from the company website.

Scope of supply under this contract will include design, manufacture and installation of exhaust gas scrubber systems on three tanker vessels.