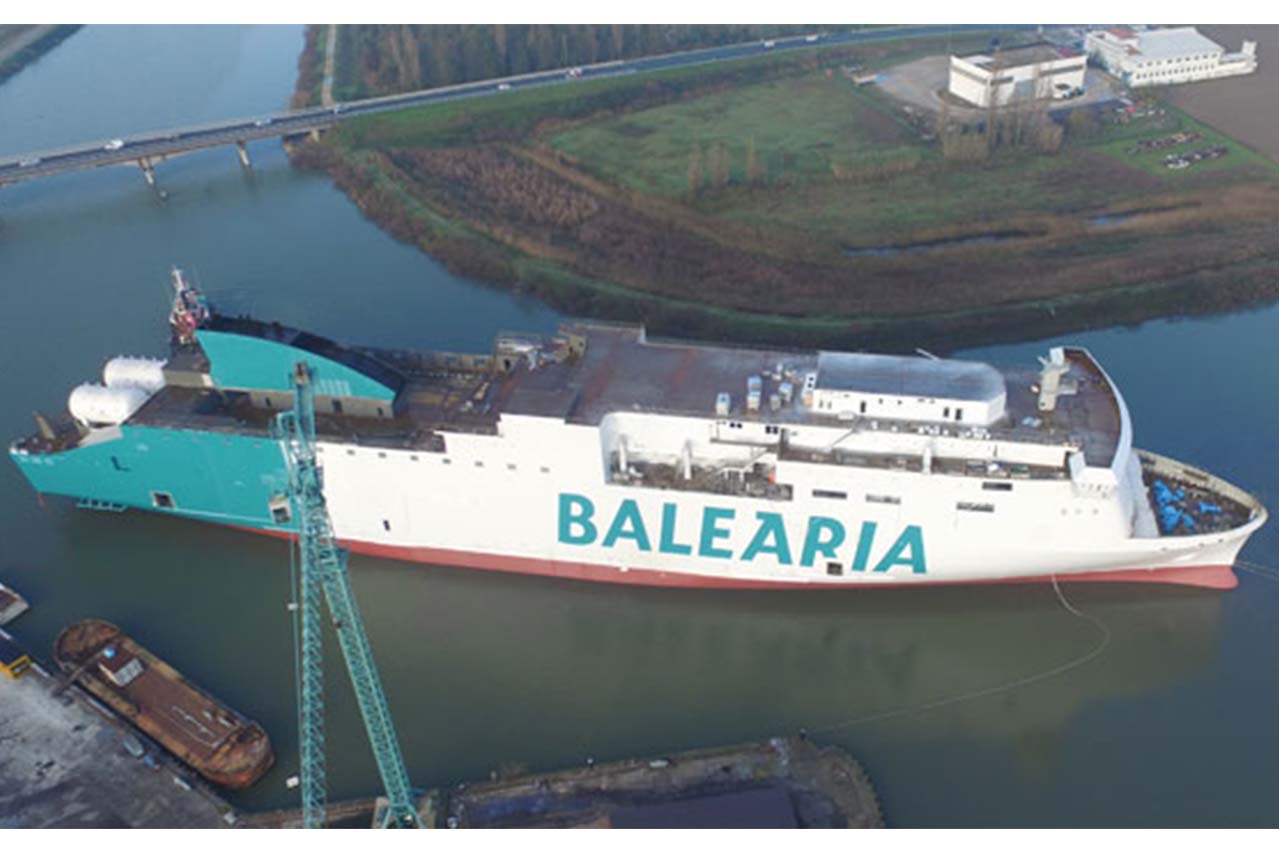 The shipping company Baleària on Tuesday said construction of its first liquefied natural gas (LNG) fuelled ferry Hypatia de Alejandría is about to be completed.

“Currently the ferry [Hypatia de Alejandría] is in a dry dock where the antifouling silicone is being applied to the live work of the hull. It is expected that the ship will carry out navigation tests in the coming weeks with both liquefied natural gas and fuel,” it updated.

It is planned that the Hypatia of Alexandria will start operating at the beginning of next year after completing sea trials, with sistership Marie Curie joining operations a few months later.

“Practically all of its [Marie Curie] structure has been completed and work is being done on the clearance of the passenger and crew areas, so that at present 50% of the construction has been exceeded,” says Baleària.

“In addition, both engines and LNG tanks and main equipment are already on board.

The two vessels which will ply Mediterranean routes once completed will cost EUR 200 million; part of the budget is funded by the European Union.

Novatek purportedly stated LNG is not only more cost effective as a bunker fuel but also complies with new, stricter environmental measures in the region.