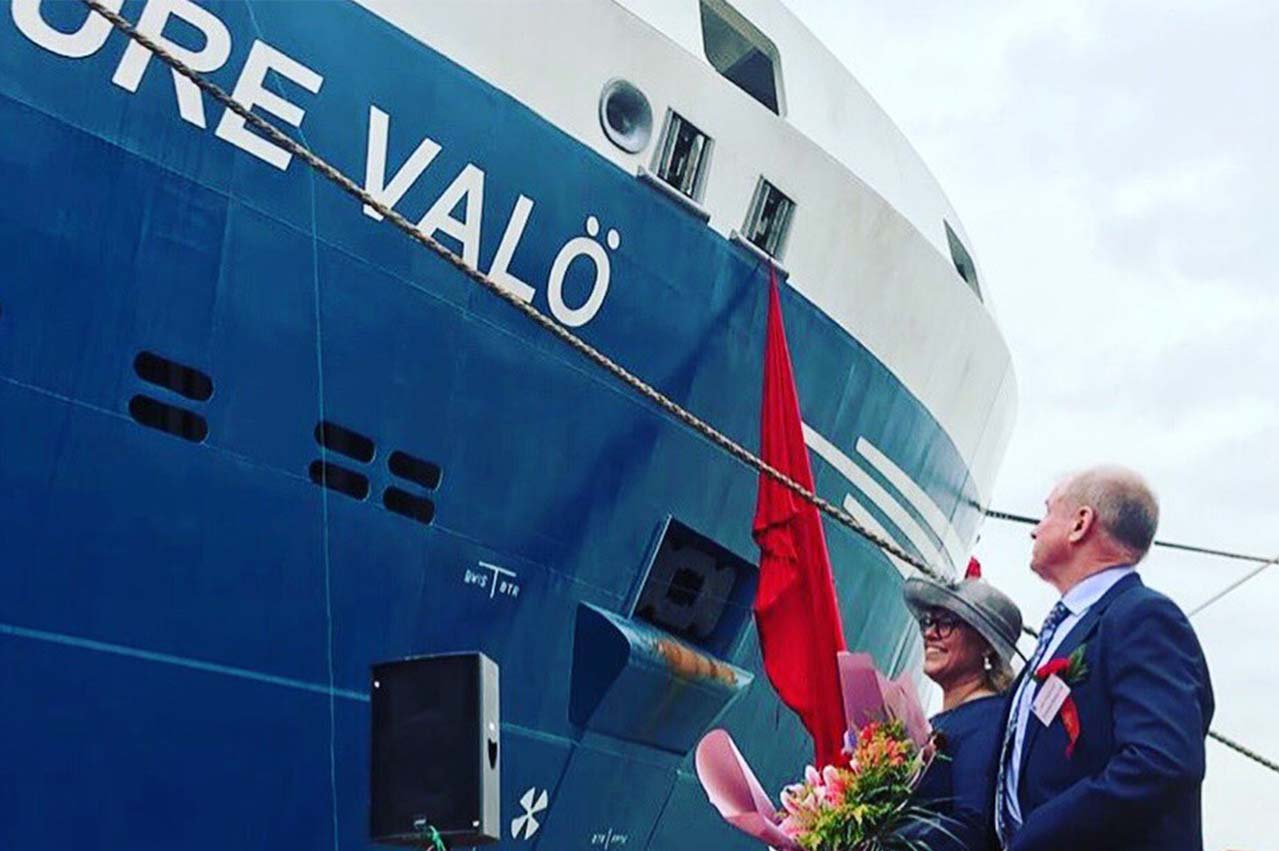 The vessel, named on 17 November, vessel number four in a series of six newbuildings that will join the Gothia Tanker Alliance; the earlier three vessels were Fure Vinga, Ramanda, and Thun Venern.

The Gothia Tanker Alliance in late October entered into an agreement with Gasum to receive LNG as a marine fuel.

Repsol will build two LNG bunker terminals at the ports of Bilbao and Santander where ferry firm operates.

A keel laying ceremony for the LNG bunker supply vessel was held on 26 February 2018.

The institutional investors were advised by J.P. Morgan Asset Management and Frachtcontor Capital Partners was the broker for the deal.