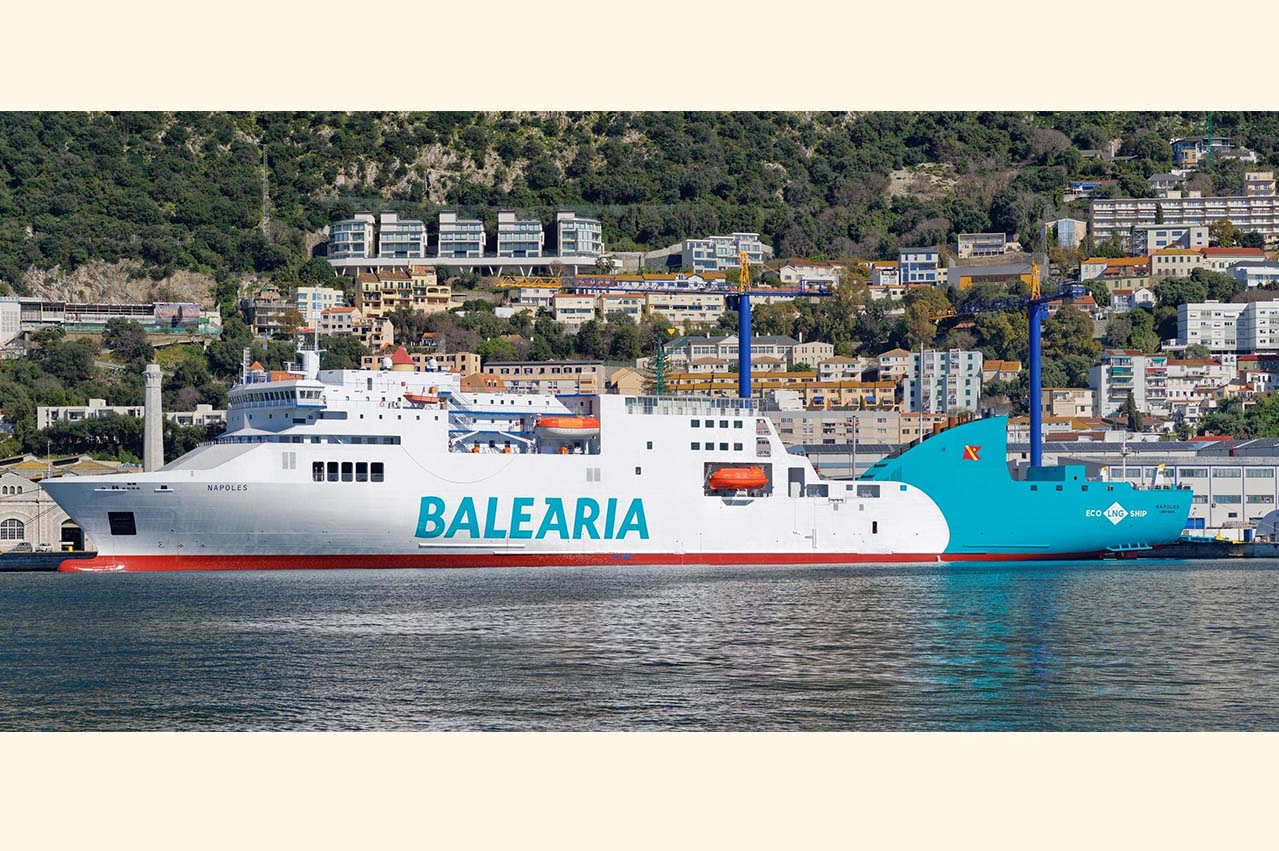 Gibraltar-based Gibdock shipyard in April completed a major conversion project to allow a Baleària ferry to operate on liquefied natural gas (LNG) as a marine fuel.

The three-month project to convert the Napoles is possibly the most complex and demanding ever undertaken by the yard, it says.

The 186m long Napoles is the first of five ships that Baleària plans to convert to dual fuel operations to comply with IMO sulphur cap regulations. Gibdock has already secured a contract to convert a second vessel, Sicilia, which is due to arrive at the yard later this year.

“Baleària is a longstanding client for scheduled repair and maintenance work, so it made perfect sense to carry out the conversion at Gibdock,” said Richard Beards, Managing Director, Gibdock.

“We are delighted to have been entrusted with this landmark project, which was a first for us and for Baleària; the experience will ensure that the Sicilia conversion goes even more smoothly.”

Napoles arrived at Gibdock on 15 November 2018, with the yard already having pre-fabricated two LNG bunker fuel reception stations for later installation. The majority of subsequent work took place alongside the yard’s main repair wharf, with some elements of the LNG conversion undertaken in Gibdock’s Panamax size Dock No.1. The project required extensive modifications to Deck 1 to accommodate 200 tonne, 27m x 6m diameter LNG fuel tank from Wärtsilä. Gibdock also cropped Decks 5 through to 2 to create a route through which to lower the 400m3 capacity tank.

Another key element of the project was the modification of the MAN 9L 48/60-A main engines, which was undertaken by engineers from MAN Primeserv. Now designated 9L 51/60DFF, Gibdock assisted modifications made by the manufacturer with auxiliary pipework and steel structures in connection with reassembly, also fitting specialised valves, a compressor and generator unit.  Extensive automation system and cabling work was also carried out by Gibdock technicians.

After its departure, Napoles began working on a new passenger and Spanish freight route connecting Huelva and the Canary Islands.

“We already have substantial experience with ballast water treatment and scrubber retrofits, and now we have an LNG dual conversion under our belt,” says Beards.

“Our range of solutions for forthcoming IMO regulatory changes is comprehensive in suiting any vessel type, age and route profile.”

The Poseidon Med II team strongly contributed to the drafting of the Presidential Decree, it says.

‘LNG has advantages over conventional fuels but is not the ideal solution to reduce CO2 emissions from ships.’