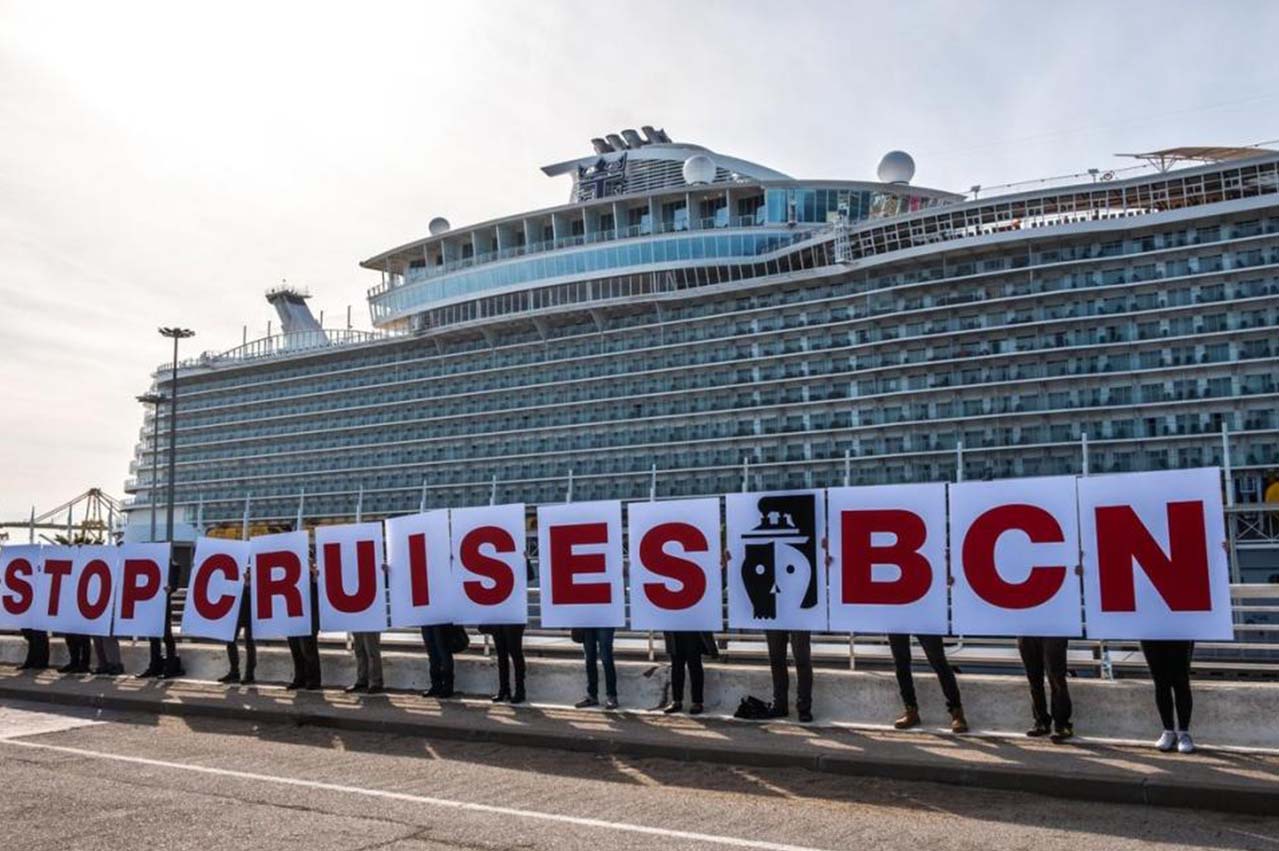 NGO Transport & Environment (T&E) on Wednesday (8 May) issued a press release stating the use of liquefied natural gas (LNG) as a marine fuel as not being environmentally friendly:

T&E has joined forces with environmental NGOs in Spain to warn that a high-profile exercise in cleaning up shipping risks locking in fossil fuels for decades to come. The port of Barcelona has committed to investing in infrastructure to supply liquefied natural gas (LNG) to ships, and last month it celebrated the arrival of its first gas-powered cruise ship as a breakthrough for sustainable tourism. However, a T&E member described it as ‘greenwashing’.

Shipping has long been one of the most polluting forms of transport because of the widespread use of heavy fuel oil (HFO). That prompted Barcelona to say it would encourage cruise ships fuelled by gas. The docking of the LNG-powered Aidanova liner in Barcelona last month, and the bunkering of LNG from a special barge during its stay, were publicised as a step towards sustainable tourism.

However, a group of NGOs, including T&E and its member Ecologistas en Accion, issued a statement pointing out that LNG is a fossil fuel and thus cannot be the environmentally friendly solution the port authorities are claiming. Research by T&E shows that LNG used in shipping can generate up to 9% more greenhouse gas emissions than the use of HFO. Therefore, Ecologistas said the arrival of the Aidanova was ‘an exercise in greenwashing that contradicts the EU’s commitment to reduce greenhouse gas emissions by 80-95% by 2050.’

Ecologistas added: ‘The strong commitment of the port of Barcelona in favour of gas is a smokescreen to conceal its inaction over the high levels of pollution and the continuous expansion of cruise terminals and record-breaking numbers of cruise passengers.’

T&E’s shipping officer Faig Abasov said: ‘The arrival of the first gas-powered cruise ship in Barcelona is not sustainable tourism. Despite being comparatively better than HFO in terms of air pollution, our report on gas in transport shows LNG ships perform similarly or worse to marine gas oil when it comes to impact on climate. As far as air pollution is concerned, we don’t need new expensive LNG ships and port refuelling stations to address it. Existing ships using ultra-low sulphur marine gas oil and fitted with after-treatment systems such as SCR and DPF could do a similarly good job. This would save taxpayers money from being wasted in new LNG bunkering infrastructure. Also, gas is still a fossil fuel, so installing gas infrastructure like this is unsustainable and risks locking us into using fossil fuel for decades when the shipping sector needs to reach zero emissions.’

Barcelona is a major cruise destination in Europe and in the Mediterranean, with more than 3 million passengers in 2018, a figure expected to grow over coming years – there are plans to build two new mega-cruise-ship terminals in the port. However, cruise tourism poses environmental, social and health threats.

While powering ships with gas can reduce air pollutant emissions, Ecologistas en Accion says substantial improvements in Barcelona’s air quality would be achieved if all cruise ships use fuels with a maximum of 0.1% sulphur content. A spokesperson said: ‘This is a feasible measure that does not need infrastructure in the port and which all ships can implement immediately. By contrast, the impact of gas technology would be very limited unless almost all ships ran on LNG – there are over 830 planned cruises in Barcelona in 2019, but of the 12 new cruise ships expected to be launched this year, only two will run on gas.’

‘UECC's experience with LNG PCTCs has been very good and there was really no other alternative for us.’

Norwegian expedition cruise operator Hurtigruten has signed a Letter of Intent with Rolls-Royce.