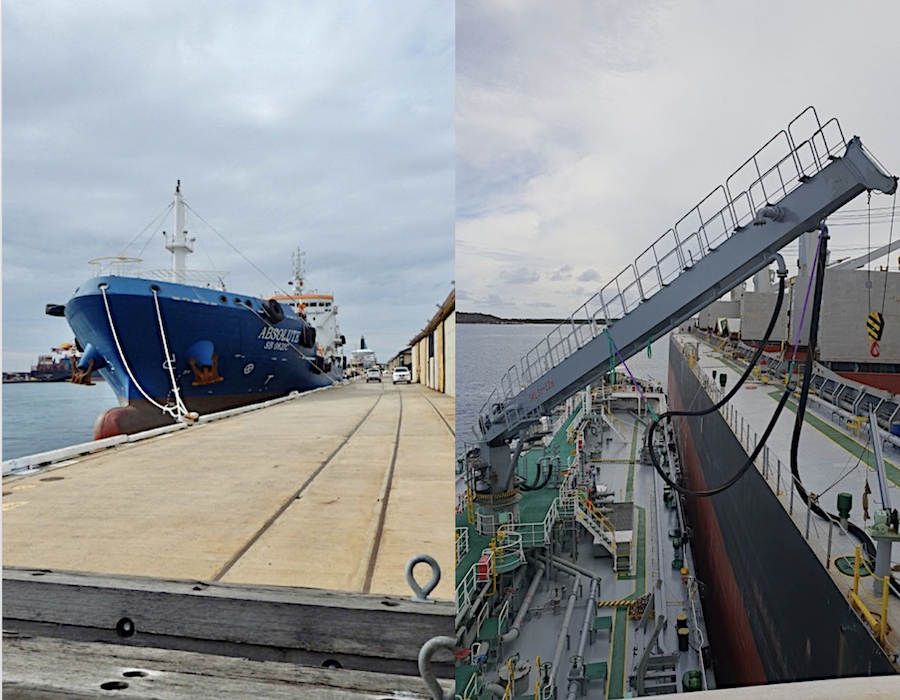 Australia-based ASP Ships Group on Tuesday (19 May) together with BP Marine announced the arrival of  the bunker tanker MT Absolute I in Fremantle.

ASP said it has signed a time charter contract with BP to supply bunkers to its customers’ vessels in Fremantle, Kwinana and at the local Anchorages.

MT Absolute I is an 8,646 dwt bunker tanker capable of carrying three grades of fuel. She was launched in October 2019 and was delivered to Fremantle during April 2020.

Following a change of flag and initial audits and inspection, the vessel subsequently went into service for BP.

MT Absolute I successfully carried out her first bunker delivery to the bulk carrier ASL Fortune A at the Fremantle/Kwinana Anchorage on 23 April.

“I would like to thank BP Marine for its confidence in ASP through the charter of this vessel,” said David Borcoski, ASP Ships Group CEO.

“Given ASP’s expertise in the bunker and tanker markets, ASP looks forward to continuing working with bp Marine to further support and grow its bunker businesses in Australia.

“I would also like to welcome the vessel to the ASP fleet and express my gratitude to the crew and shore based team for their efforts in bringing the vessel on-line.”

Permission issued on 25 November under the ‘Opinions of the State Council on Launching Pilot Work on Business Environment Innovation’ document.

Tanker arrested at 14.5 eastern nautical miles of Tanjung Penawar at about 7.15pm on 17 August after Captain failed to produce permission documents.