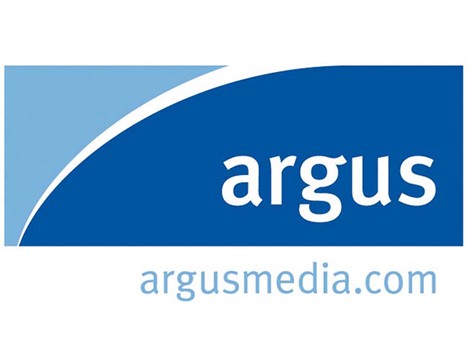 Uncertainty regarding supply availability and demand, as well as the actual volume of export quotas from China, are leading to price swings in gasoil cargo prices and also delivered low-sulphur marine gasoil (LSMGO) bunker prices in Singapore.

The premium of LSMGO over very-low sulphur fuel oil (VLSFO) bunkers typically averages around $40-60/t. But since the war in Ukraine it has risen to levels up to $380/t, according to Argus data.

LSMGO bunkers contain 0.1pc sulphur, or 1,000ppm, but are priced in line with gasoil cargo futures prices with a sulphur content of 10ppm because of this market’s deep liquidity and some market participants’ need for hedging.

LSMGO bunkers are mainly traded in small quantities and used to power vessels’ auxiliary engines, while gasoil cargoes are traded in much larger quantities for road transportation and industrial uses with different specifications.

This disconnect has seen LSMGO bunker prices trading in more volatile ways in recent weeks than other key grades such as VLSFO and high-sulphur fuel oil (HSFO) bunkers.

The volatility in LSMGO bunker prices is likely reflecting the volatility of the 10ppm sulphur gasoil market, with the Asian gasoil market rocked in recent trading sessions by conflicting reports on China’s export situation.

The market has been weighing in the bearish news of a large increase in export quotas from China, with expectations of another 15mn t in export quotas on the way after the initial release of 1.5mn t. Since the announcement, conflicting market discussions have emerged questioning the scope of the quotas and whether the large volumes of exports are even feasible, considering logistical limitations such as the large volumes of crude supplies required to sustain such large exports and the limited freight available for shipping out oil products.

Some market participants have even ventured that it is “not possible” for China to export 15mn t of products in the next three months, citing such issues. This scepticism is likely being baked into the market, with Asian 10ppm sulphur gasoil margins — or the Singapore 10ppm sulphur gasoil swap against Dubai crude values — recovering from six-month lows of $26.93/bl on 15 September, when the expectations of extra export quotas first emerged, to around $35/bl as of 22 September.

The 10ppm sulphur gasoil market has otherwise been supported by persistently weak stocks of middle distillates, while supplies of gasoil are being capped this and next month by several turnarounds at Asia-Pacific and Mideast Gulf refineries. A stronger draw of gasoil towards west of Suez, as European demand is expected to firm with more gas-to-oil switching for power generation, should also continue to support the low-sulphur diesel market.

But LSMGO supplies should not be as tight as ultra-low sulphur diesel on a fundamental basis. The Singapore market is unlikely to see supplies tighten considerably, said a gasoil bunker trader. “The bulk of our imports originate from South Korea hence chances of exports to Europe are slim, with the only competitors being Vietnam and China”.

Ex-wharf sellers of LSMGO in Singapore have so far not signalled any cargo tightness, with supplies and demand stable, although shipment delays have emerged occasionally.

By Sammy Six and Cara Wong

Although no fuel passed between "Tidesurge" and "MT Maersk Peary", the successful connection proved the ability of the civilian tanker to connect with a military vessel.