Are your charterparties ready for the IMO 2020 Sulphur Cap? 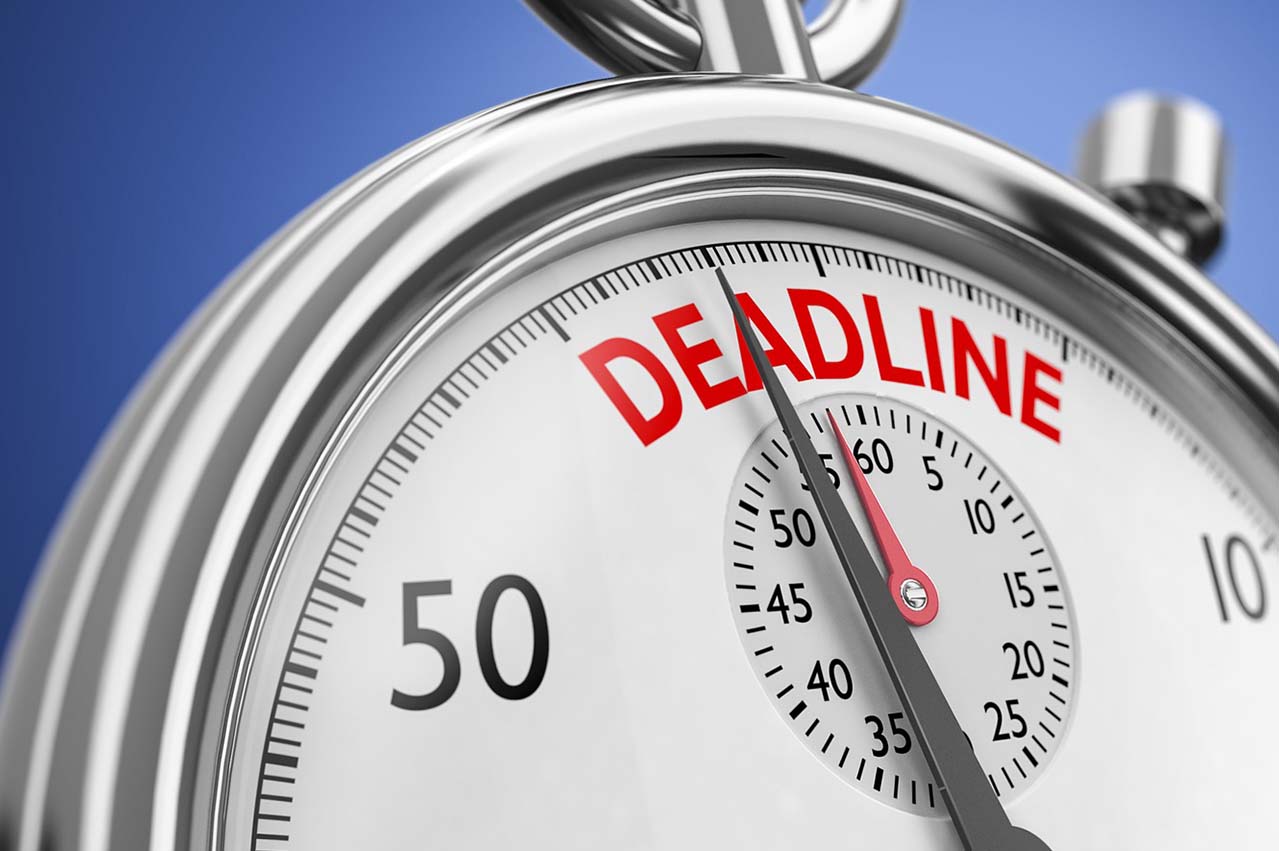 Lawyers from Norwegian firm Simonsen Vogt Wiig has shared an article with Manifold Times for shipowners keen on understanding the allocation of responsibility and cost in charter agreements during the IMO 2020 transitional period:

There is a plethora of publication on the new 2020 Sulphur Cap under the IMO MARPOL Annex VI "Prevention of Air Pollution from Ships". Whether compliance is achieved by burning low sulphur fuel or by installing the famous 'scrubbers', the scene is already set. What might still not be set is the manner in which current and prospective charterparties are to regulate the resultant compliance cost and operational challenges amongst their parties.

The new sulphur limit under the IMO MARPOL Annex VI "Prevention of Air Pollution from Ships" (the Sulphur Cap) will come into force on 1 January 2020. Thereafter, ships will have to burn fuel with a sulphur content of no more than 0.50% (against the current limit of 3.50%). This applies to both main and auxiliary engines and boilers on board the ship.

2. The Sulphur Cap in the context of chartering

2.1.    General
The focus in this article is on the transitional period and the allocation of responsibility and cost in charter agreements, which owners and charterers should consider both in respect of existing charters (and any amendments to such) and for new charters.

The 2020 Sulphur Cap will very likely result in an increase in the prices for LSFO which in turn might result in increased costs for owners and charterers and ultimately the consumers (and it will not be the first time if the spread of such cost-increases fail to be evenly absorbed). Whereas, the retrofitting of scrubbers on ships will initially be a cost for the owners to cover, while it remains to be seen to what extent such costs will ultimately result in higher charter rates.

For those owners and operators that opted for LSFO-compliance, certain parameters are yet to be ascertained; firstly as to whether there will be sufficient LSFO available, and secondly whether LSFO will be globally available. While larger ports are readying to cater compliant fuel, smaller or more remote ports may be subject to supply disruption or may lack adequate bunkering infrastructure for the requisite reserves. This too might result in price increases, and might also present potential issues with regard to the practicalities of bunkering.

Market surveys suggest that close to 90% of shipping companies are expected to opt for compliant fuel in order to meet the Sulphur Cap. For those that opted for scrubber-compliance, so far in 2019, it does not appear that scrubbers have been fitted as broadly as expected, and it is up to speculation whether HSFO will be as widely available as, or at a lower cost than, LSFO.

Any remaining non-compliant fuel on board the ship after January 1st, 2020 should be removed no later than redelivery under a charter, or 1 March 2020 – whichever comes first. This could be an issue as to what volume and on what price are HSFO bunkers to be settled on redelivery, unless already regulated in such charters.

BIMCO has published two Sulphur Cap bunker-related clauses; the "Global Marine Fuel Sulphur Clause for Time Charter Parties" (Compliance Clause), and the "2020 Transitional Fuel Clause" (Transition Clause).  These two new bunker clauses are designed to regulate the obligations of charterers and owners to deal with general compliance and the transitional period. For example, according to the Compliance Clause, the removal of non-compliant fuel should be done at the charterers’ cost and time, while the cleaning of the tanks must be done at the cost of the owners. The Transition Clause deals with the transitional period from the end of 2019 to the beginning of 2020 and focuses on cooperation between owners and charterers to minimise quantities of non-compliant fuel on board by 31 December 2019.

It should also be noted that the IMO has now formally adopted a total ban on the carriage of non-compliant fuel after 1 March 2020, for ships not fitted with scrubbers (or alternative technology).

ii.  The quantity of bunkers on redelivery should be enough to enable the ship to reach a bunkering port with available compliant fuel.

iii.   The availability of compliant fuel should be considered when negotiating the redelivery range specified in the charter party.

iv.   For ships with fitted scrubbers, the discharge of wastewater effluent from open loop scrubbers, and waste from closed loop scrubbers, will be an added concern that will involve time and cost. An issue of who should cover the cost related to such discharge will eventually surface if not addressed already.

2.5.    Installation, maintenance and repair of scrubbers

In the context of ships retrofitted with scrubbers to comply with the 2020 Sulphur Cap, owners and charterers should ensure that any charterparty entered into, adequately allocates responsibility for installation, maintenance and repair. BIMCO has announced that a standard Scrubber clause is due to be published around March – April 2019. The clause is likely to address possible installation–cost-sharing between owners and charterers, with formulas potentially reflecting the life of the scrubber and/or the remaining duration of the charterparty. The clause might also deal with scrubber breakdown, and impose requirements for the carriage of a reserve of LSFO, to mitigate any off-hire as a result of such breakdown.

A further consideration for owners, in the context of ships able to both burn LSFO and being retrofitted with a scrubber, is the extent to which charterers may use HSFO fuel with scrubbers, instead of sourcing compliant fuel under the contract, and to what extent charterers should bear the additional energy consumption costs incurred as a result.

Owners should also be aware of the potential consequences the 2020 Sulphur Cap could have for their Hull and Machinery and Protection and Indemnity insurance coverage. If a ship fails to comply with the requirements of the 2020 Sulphur Cap, then it would effectively be in breach of the flag state national law and the ship’s MARPOL certificate may be withdrawn, or at least suspended, by the flag state. If this occurs, and the ship is deemed to be unseaworthy, or no longer in class, as a result of non-compliance with the 2020 Sulphur Cap, owners may be considered to have breached seaworthiness, class or other warranties under their Hull and Machinery or Protection and Indemnity policies. If these breaches are determined to define the risk as a whole, UK insurers, at least, will be entitled to avoid liability for losses that would otherwise be covered under a policy.

The 2020 Sulphur Cap coming into force on January 1st 2020 gives rise to a number of contractual and practical issues that might require a review of the relevant contractual documentation between owners and charterers, including charterparties. The contractual and practical issues can ultimately result in claims for unseaworthiness; claims for the costs of deviation required to take on compliant fuel; off-spec bunker claims; and disputes over payment of redelivered fuel, as well as financial penalties, to mention a few. The parties need to address the potential conflicts and proactively agree on clauses that clearly allocate the risk and cost responsibility and indemnification between the contractual parties.

We have been working with our clients, both owners and charterers, in reviewing their current (and planning their prospective) charters, in striking a balance between compliance and pragmatic solutions, in relation to the 2020 Sulphur Cap. For further information on this topic, please contact Yannis Litinas and Camilla Flatum.

Simonsen Vogt Wiig, with its roots as far back as 1894, is an international commercial law firm with offices in Norway and Singapore. Our 180 lawyers provide assistance within all major industries, with increased specialisation and international recognition within Shipping, Banking, Aviation, Energy, Telecom-Media-Technology, Private Equity, Fintech, Fisheries, and all pertinent to those areas, including corporate, M&A, financing, restructuring and insolvency, sanctions, and litigation.
www.svw.no

Grant Thornton Singapore Private Limited appointed as joint and several liquidators of the company for the purpose of conducting winding-up operations of above firms.