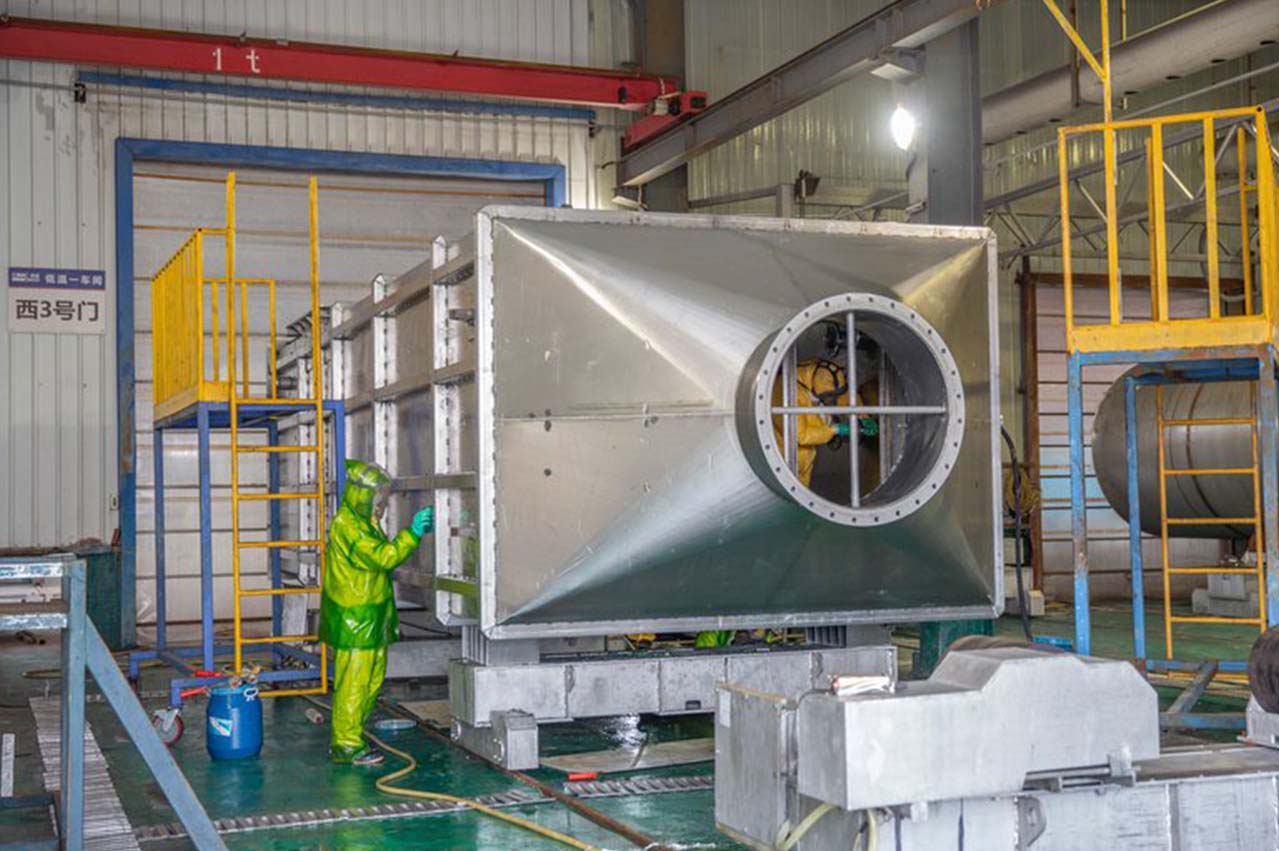 As everyone in shipping knows, the IMO’s new sulphur emissions cap takes effect in less than four months’ time.

IMO 2020 has placed major demands on shipowners to find a solution that will comply with the new rules being implemented on 1 January next year.

This has been challenging in many ways, but especially financially. Switching to low-sulphur fuel oil (LSFO) represents a huge leap in vessel operating costs, unaffordable to many smaller operators, while the price of converting to LNG propulsion is, for most owners, prohibitively expensive.

Even fitting a scrubber has a significant price tag attached, though the cost can potentially be earned back within a year or less, hence the IMO’s decision to permit multiple compliance solutions.

Knowing that IMO 2020 would have a major impact on the maritime industry, the regulatory body needed to provide viable options to make compliance possible for as many operators as possible.

Scrubbers form a critical piece of this puzzle.

Yet, despite the IMO’s continued acceptance of exhaust gas cleaning systems, some are still insistent that this is only because “greedy ship owners” have somehow exploited the system and put “both seafarers AND the environment at risk.”

Such detractors place themselves in the intellectually compromising position of endorsing the IMO’s environmental policy, while openly declaring that IMO is not capable of doing its job properly.

Stories like the EPA’s leans towards sensationalism, positioning rhetoric as fact

The Environmental Protection Alliance’s (EPA’s) recent reporting on the crippling of the MV Helena Oldendorff, unfortunately, displays this type of self-contradictory stance.

It makes nonsensical claims about scrubber unreliability and concomitant threats to shipping operations and human life, infusing the isolated example of a malfunctioning scrubber on the Oldendorff with wild and portentous meaning.

No, what happened on the Oldendorff does not represent the reality of the thousands of vessels globally that are fitted with scrubbers.

And, even in this specific case, disaster could have been averted with better maintenance (as any shipowner knows) and the correct after-sales care and onboard crew education.

Far more damaging, however, than the inaccuracies of vessel operation expressed in this article is the contribution it makes to a tide of misinformation.

Media like the EPA’s leans towards sensationalism, positioning rhetoric as fact while making no attempt to substantiate these views with science.

The science lands squarely in support of scrubbers

The EPA expresses popular, but ungrounded, views on open loop scrubbers specifically, fuelling an epidemic of ignorance that is misdirecting the IMO 2020 conversation and sowing pernicious doubt in policymakers’ minds.

We have seen this in the recent open loop scrubber bans by Singapore, Fujairah, China and Ireland, none of which were supported by scientific evidence.

That may be because the science lands squarely in support of scrubbers.

A recent report released by Japan’s Ministry of Land, Infrastructure, Transport and Tourism (MLIT) concluded that the operation of open loop scrubbers with high sulphur fuel oil is not only safe, it is also preferable to burning low sulphur fuel alone.

At the same time, more than 20 ports worldwide indicated that they will not oppose the use of open loop scrubbers.

Earlier this year, a study based on the largest washwater data analysis in maritime history concluded that the scrubber waste water consistently adhered to IMO regulations, as well as numerous international standards.

This was strong scientific method at work.

More than 280 samples were assessed against 54 different test parameters by ISO accredited independent laboratories. The results were then evaluated by classification Society DNV GL’s Maritime Advisory Services and the data compared to various water quality standards.

The research was a timely reminder that the IMO already has its own strict standards by which it judges environmental safety.

These standards form the cornerstone of Marpol Annex VI and were developed by marine and environmental experts.

They are not, as some radicals propose, the work of self-serving lobbyists bent on corrupting the IMO’s environmental agenda.

Scrubbers are an important IMO 2020 compliance solution because they work. And they will contribute to a better environment beyond the sulphur oxide and nitrous oxide focus of current legislation.

The IMO has committed to reducing the marine sector’s output of greenhouse gases (GHG) by 50% over the next 30 years.

That is a tall order and we can expect some stringent policy on carbon emissions in future. Owners who have fitted scrubbers are already well-positioned for this.

In addition to removing particulate matter, another future focus for the IMO, and black carbon, a severe threat to the polar regions, scrubbers are advantageous in combating global warming.

For many, such findings are counterintuitive and, therefore, dismissed as invalid.

But, this habit of building policy on “common sense” rather than science is a worrying trend that threatens to destabilise constructive debate and, ultimately, the spirit of IMO 2020.

‘Proposed exemptions for ships with protected fuel tanks and waivers for Arctic coastal nations’ ships operating in their own waters, will fail to protect the Arctic,’ it said.

IMO and the United Nations Environment Programme for the Coordination of Humanitarian Affairs (OCHA) have jointly deployed an oil spill response expert, it said.

VLSFO and LSMGO grades are widely available in Europe and Africa, while HSFO is in tight supply for prompt deliveries in certain ports this week.