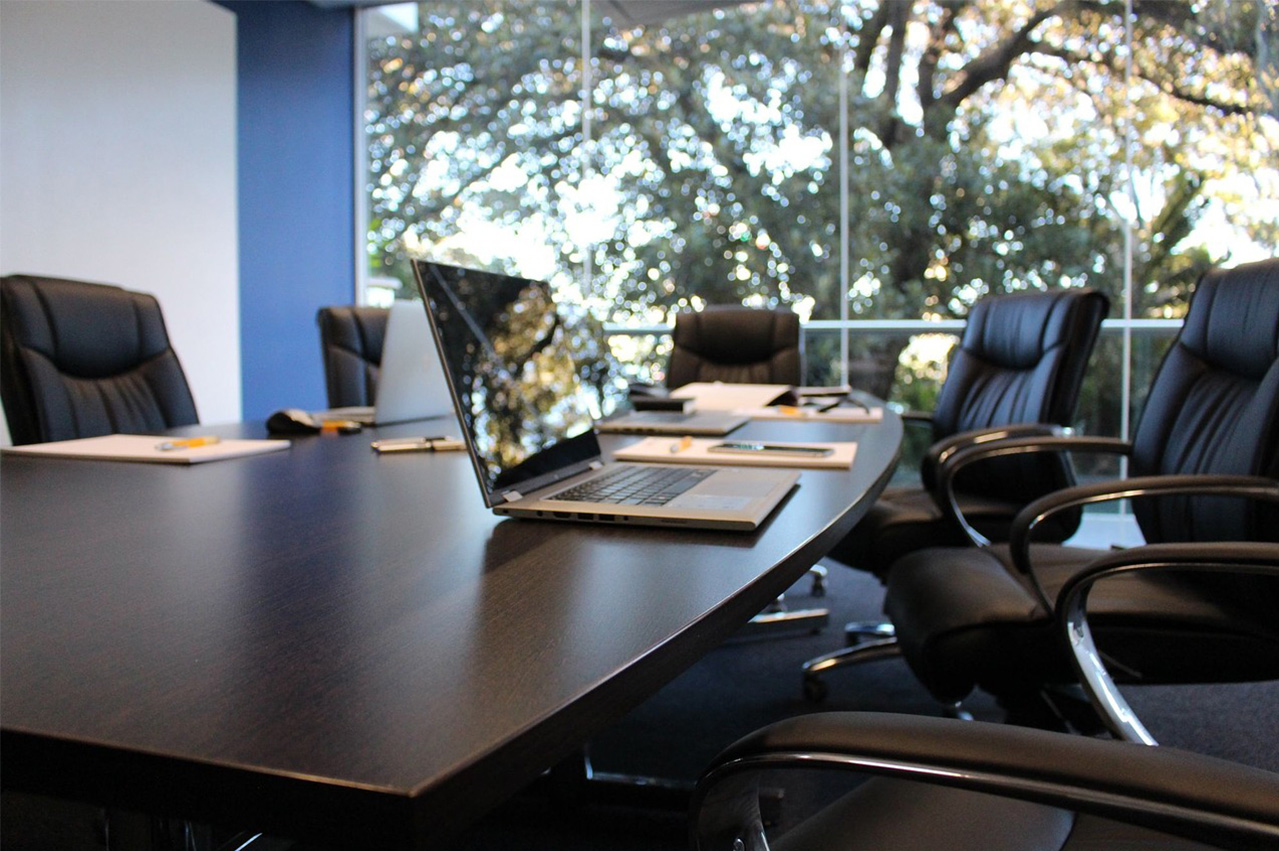 The Committee for Aegean Accountability (CAA) on Wednesday delivered a letter to Yiannis Papanicolaou, Chairman of the Board at New York-listed Aegean Marine Petroleum Network (Aegean), identifying concerns.

CAA comprises of a group of shareholders collectively owning more than 12% of the outstanding shares of Aegean.

In short, the letter expressed severe concerns regarding the shareholder value destruction caused by poor financial and operational management.

It also highlighted problematic board conflicts and corporate governance deficiencies while signalling an intent to nominate four independent directors to be elected at Aegean’s 2018 annual meeting.

The full text of the letter is as follows:

We are writing to inform you that a group of concerned and long-term shareholders representing more than 12% of the outstanding shares of Aegean Marine Petroleum Network Inc. ("Aegean Marine" or the "Company") have formed The Committee for Aegean Accountability (the "Committee").  We have made every effort in numerous private communications spanning the past eight months to engage in a productive dialogue with the board of directors (the "Board") to remedy the chronic failures in corporate governance, financial management and operations that have impaired shareholder value for far too long. It has unfortunately become clear that the Board is more concerned with entrenching itself and management rather than working with us in good faith regarding the changes required to improve the Company's governance and performance. We were both surprised and disappointed by your recent statement that you are considering reducing the Board to four members from its existing size of seven, which would severely disenfranchise shareholders and suppress their ability to seek due representation on the Board. We are therefore left with little choice but to publicly express our concerns and intention to nominate four highly qualified director candidates for election at the Company's 2018 annual meeting of shareholders (the "2018 Annual Meeting").

IMPAIRMENT OF SHAREHOLDER VALUE
We have been shareholders in Aegean Marine for several years, over which time the share price has dramatically underperformed any relevant comparison. In addition, since becoming public in 2006 shares have declined by 75%, underperforming the Russel 2000 Index by more than 200%. The valuation of the Company has also reached an all-time low in relation to its net assets, trading at less than 0.3x tangible book value and well below a conservative estimate of liquidation value. Aegean Marine has chronically traded at steeply discounted multiples of cash flow and net asset value since at least 2010, driven by persistent concerns about corporate governance and management competence due to extensive related party transactions and value destructive capital expenditure projects.

CORPORATE GOVERNANCE: FROM BAD TO WORSE
Since its origins as a public company, Aegean Marine's corporate governance has been troubling. The Company was majority owned and controlled by its founder Mr. Melissanidis who, according to the Company's October 25, 2007 registration statement, "has been subject to a number of proceedings, including criminal cases," some of which involved "sham bunkering transactions intended to avoid customs duties and taxes" for which he was indicted but later acquitted. In addition, the Company engaged in various related party transactions with entities controlled by the founder. In acknowledgement of these potential conflicts, the Company sought to mitigate them at the time of the IPO by limiting the founder's influence per the "Framework Agreement" (F-1/A ex. 10.30 filed 11/3/06). This had the effect of precluding the founder from either joining the seven member Board or naming directors that would serve as Board Chairman or Chairman of the Audit and Nominating Committees. In addition, the Company's principal executive offices responsible for all financial and control functions were to be maintained in the U.S.

Given this provenance of already weak corporate governance, it is stunning that shareholders today find themselves with even less aligned representation on the Board. The present shareholder base is comprised nearly entirely of U.S. holders and the founder no longer retains any ownership stake whatsoever (more on this below), yet shareholders are represented by only four seated directors, three of whom were appointed by the founder at the time of the IPO and shortly thereafter. Mr. Fokas is one of these original board members, as well as the Company's General Counsel, and continues to have close ties to the founder, recently acting as the deputy chairman of the Greek gambling monopoly (OPAP) which is partly owned by Mr. Melissanidis. Furthermore, you rightly pointed out in your recent correspondence with us that the majority of current Board members have been with the Company since the IPO, and no new board members have been added since 2009. Considering the value destruction shareholders have endured over the past decade, we hardly view this as a positive.

Notwithstanding the complete turnover of Aegean Marine's shareholder base, the related party transactions persist as the Company still conducts significant business with entities controlled by the founder such as Aegean Oil. In addition, not only are the Company's executive functions, including financial and control, no longer based in the U.S., they are actually housed in the very same offices in Piraeus as the founder's other entities. Incredibly, our review of the Aegean Oil website and corporate magazine revealed that even today Aegean Marine is very much considered to be a subsidiary or sister company despite zero common ownership. But most concerning is the fact pattern related to the transaction last year in which the Company purchased the remaining stake owned by Mr. Melissanidis for $100MM at $8.81 per share. Aegean Marine's use of cash for this transaction caused the company to violate its borrowing base certificate only a few months later, and the subsequent liquidity crunch was cured by a dilutive convertible bond offering which drove the share price down 16%. Within nine months of the transaction the share price had declined by 48%, and today it sits 54% lower.

The Company's governance structure and Board composition are artifacts of its origins, when its founder exerted control and influence due to his majority economic stake. While even maintaining that status quo would have been entirely inappropriate given the Company's present ownership, in fact shareholder representation on the Board has degraded and inherent conflicts of interest have grown.

CHANGE IS NEEDED NOW
We have already identified and proposed the addition of highly qualified Board candidates with expertise spanning global physical bunkering markets, strategic management, fuel distribution operations, financing and capital markets. Not only will these candidates restore accountability at the Company, their skillsets are particularly well-suited to the challenges and opportunities the Company faces. This includes improving the financing structure and reducing costs of capital, rationalizing the fixed asset base, instilling capital discipline, and effectively positioning for the significant industry changes prompted by IMO 2020 regulations expected to take effect only two years from now.

The financing structure and financial management of Aegean Marine desperately require change.  The Company's inefficiency in accessing its cheapest sources of funds, the borrowing base facilities, has led to a reliance on sources of capital that are much higher cost and are now effectively inaccessible.  Harmonizing commercial and financing decisions will enable qualifying borrowing base collateral at closer to stated advance rates of 80-95 cents on the dollar compared to the 50-55 currently achieved. This could generate potentially hundreds of millions of dollars of low cost liquidity that can be used to retire high cost convertible bonds and shares, or to expand volumes and successfully manage the higher fuel prices expected with IMO 2020.

The Company's capital expenditure projects have destroyed an immense amount of shareholder value. For example, had Aegean Marine simply not constructed the Fujairah terminal, we believe the share price would be well more than double its present level based on the current enterprise value and cash flow valuation multiples. Not only does capital discipline need to be instilled to avoid such calamities, but the current sprawling fixed asset base should be opportunistically rationalized.  Creating an internal entity to manage the Company's logistics assets and charge market rates within the organization will inform "own vs. lease" decisions. Members of management have even described ports in which the cost of operating the Company's owned vessels is millions of dollars higher than that of chartering third party barges. In the context of the Company's $570MM of fixed assets and exceedingly high cost of capital, the opportunity for accretive asset sales is significant.

Finally, we expect IMO 2020 will dramatically increase the complexity of the marine fuel logistics industry and provide opportunities to leverage Aegean Marine's extensive network into improved financial returns. Accordingly, repositioning the asset base ahead of this change is of critical importance. As you know, one of our recommended director candidates is arguably more qualified than anyone in the world to guide these efforts.

The Committee's Schedule 13D filing and notice to nominate four director candidates for election to the Board at the 2018 Annual Meeting will be forthcoming, in accordance with applicable securities laws and the Company's Bylaws. As always, we remain willing to discuss these issues with you at any time. Rest assured, however, we will take whatever actions we may deem necessary to ensure that the best interests of all shareholders remain paramount.

The Committee for Aegean Accountability

About the Committee for Aegean Accountability
The Committee for Aegean Accountability is a group of five long-term shareholders collectively owning more than 12% of the outstanding shares of the Company and seeking to unlock value on behalf of all shareholders through enhanced corporate governance practices and Board refreshment.

The Committee, led by Tyler Baron, has retained Olshan Frome Wolosky LLP as its legal advisor in connection with its engagement and discussions with the Company.

Source: The Committee for Aegean Accountability

Cylinder oil, which was granted Category II status by MAN ES, will be available in major Asian shipyards and key ports around the world, including Singapore, Rotterdam and Houston.

Final Meeting will be held on 26 March at 10.30 am at 600 North Bridge Road, to lay out the final accounts showing how the winding up was conducted.