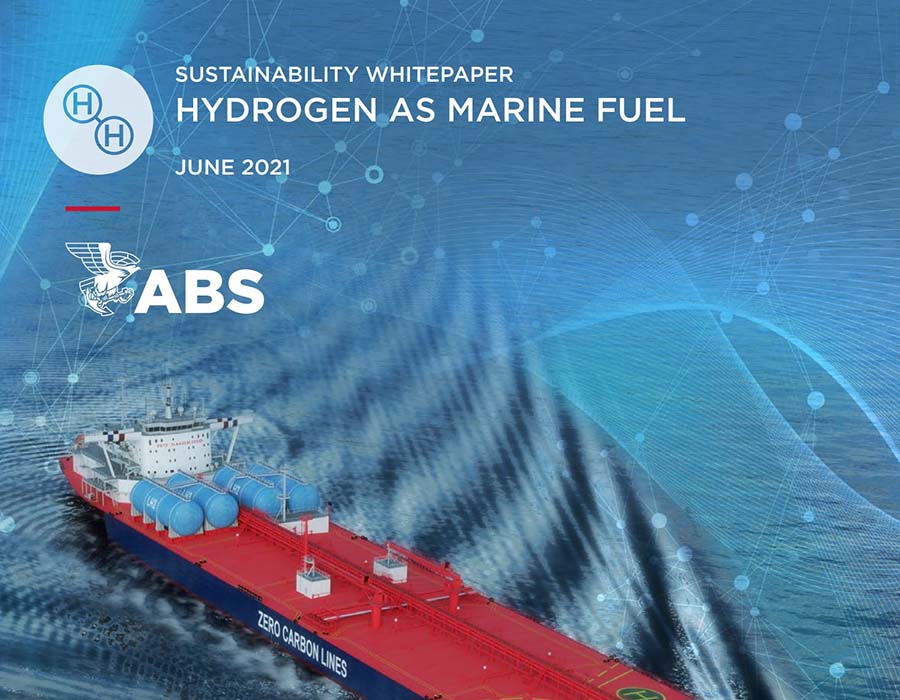 The whitepaper explores the hydrogen’s potential to reduce emissions from shipping, while evaluating its safety, regulatory and design implications.

Finally, the whitepaper considers the projected role for hydrogen both in the maritime industry and beyond.

“To become a competitive alternative marine fuel, hydrogen may also face the challenges of availability and high costs to scale production and transportation infrastructure.

“Hydrogen is characterized by having a very low tank-to-wake emissions impact, which considers the emissions produced by an energy source.

“However, the life cycle of hydrogen production must be considered to evaluate the overall emissions of GHG from hydrogen.”

“As more experience is gained through hydrogen pilot projects, the marine industry is expected to adopt hydrogen as an environmentally friendly fuel of choice.”

The guidance builds on ABS research developed in the ABS Low Carbon Shipping Outlook series, to help drive decarbonisation pathways for the industry.

Upgrade programmes, which will take place within the next five years, includes installing propellers and flow-optimised bulbous bows and using anti-fouling paint.

‘Visionary Fuels is about modernising essential marine infrastructure required to deliver clean fuels with a reduced carbon footprint to vessels at our ports,’ said Senior VP.

Companies observed decreased fuel consumption of up to 1.2% compared to when the additive was not used while carbon monoxide (CO) emissions were also reduced.