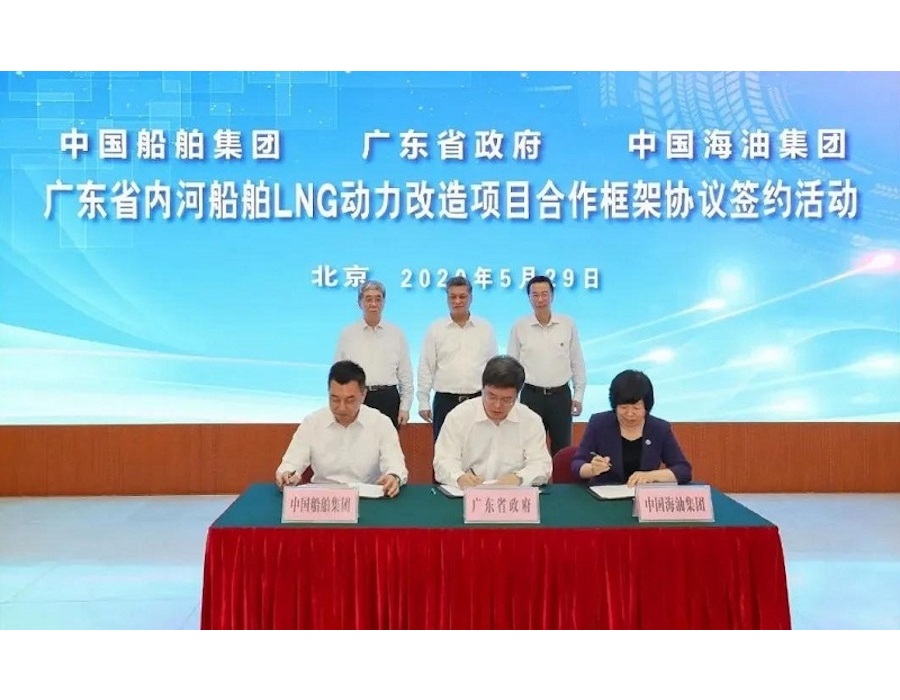 The initiative is led by the People’s Government of Guangdong Province and implemented by China Shipbuilding Group with CNOOC.

It aims to promote the LNG transformation of inland ships in Guangdong Province, in line with Premier Xi Jin Ping’s initiative to achieve ecological and economic stability along the Pearl River.

According to the agreement, by 2025, Guangdong Province will complete the LNG conversion of about 1,500 ships and construct 19 LNG bunkering facilities, said CSSC.

It added that once the goals have been met, the annual demand for LNG as a bunker fuel is estimated to be at 400,000 metric tonnes per year.

This would reduce nitrogen oxide emissions and particulate matter in Guangdong province by 12.6% and 19.5%.

Oshima Shipyard carried out quality assessments over the past five years, and the company’s products finally meet the strict quality requirements of Japanese shipyards.

The new vessel breaks the record of the largest containership delivered in China, says Cosco Shipping.