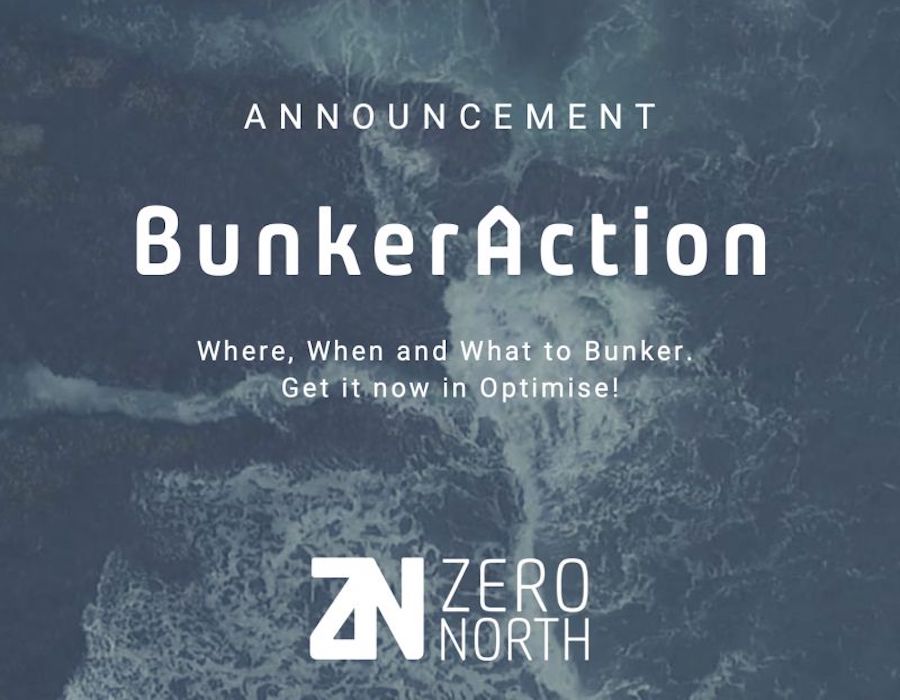 BunkerAction, which is being added to the suite of tools in ZeroNorth’s Optimise platform, uses data insights to provide tramp shipping operators with recommendations about where, when and what to bunker for vessels across their fleet, it said. This will create a one-stop optimisation tool for operators.

BunkerAction is being launched as a Beta product with more features to be added in the future.

Through its algorithm, BunkerAction calculates necessary parameters to make recommendations to operators about their bunker procurement, explained the company.

For example, depending on weather, market rates and dynamic speed and consumption, BunkerAction may recommend that a vessel take on bunkers at an alternative port, if it calculates that cost and efficiency savings can be generated.

The impact of BunkerAction’s recommendations include the cost benefit and emissions transparency of each potential decision.

As it is available in ZeroNorth’s Optimise, BunkerAction is an easy-to-use online tool which doesn’t require installation or any investment in vessel hardware.

“We are delighted to get BunkerAction into the hands of owners and operators. We believe that the power of this new tool – in tandem with other actionable insights created in our Optimise platform – will help operators to unlock meaningful and transparent cost savings for their operations,” said Katrine Hastrup, Product Owner, ZeroNorth.

“Fuel is the single largest cost for most owners and operators in tramp shipping, so it makes sense that we apply the power of cutting-edge digital technologies to drive a meaningful impact.

“By taking available data from a vessel or fleet, we can generate immediate recommendations that we believe have the potential to revolutionise the way operators execute bunker planning.”

The new bunker recommendation software will be available in ZeroNorth’s Optimise platform.

Alongside this new functionality, ZeroNorth noted that Optimise provides insight into vessel performance and determines the optimal speed of each vessel to optimise bunker spend.

It monitors the entire fleet and alerts the operators if a vessel has the possibility to increase TCE by changing speed or considering alternative bunker ports.

Poseidon Principles designed to support ship owners in achieving the ‘at least 50% by 2050’ GHG reduction target, and to help financial institutions manage risks.

The Malaysian shipping and ports council also considering use of MFM on board bunker tankers, training of bunker surveyors, and more, shares Anthony Loke Siew Fook.