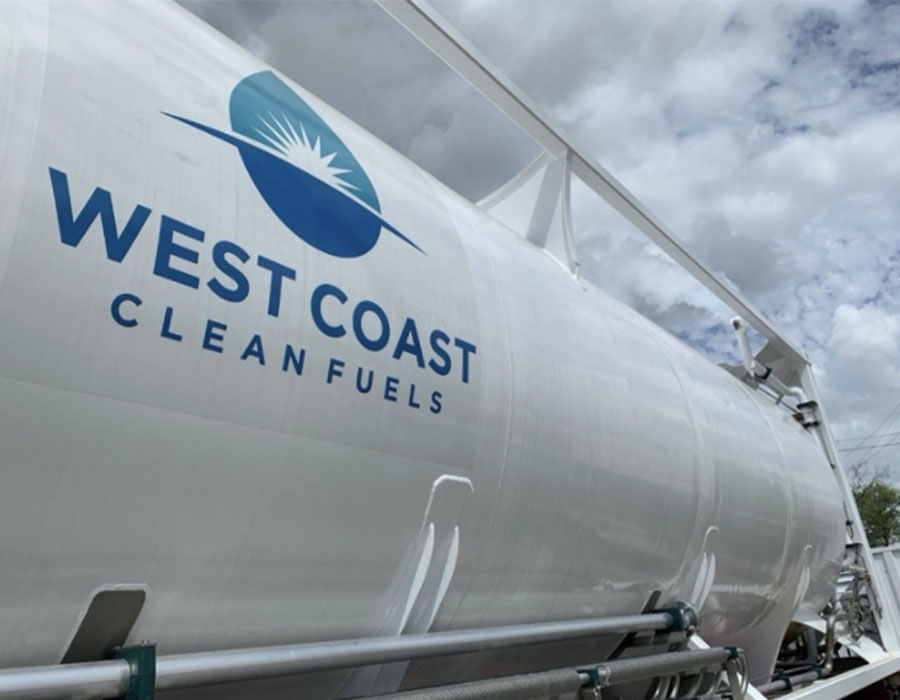 WCCF was established to serve a growing market need for the delivery of future low-carbon maritime fuels, such as LNG (liquefied natural gas), RNG (renewable natural gas), biofuels, electrofuels, and hydrogen-based fuels (such as hydrogen, methanol and ammonia).

Starting in Q1 2022, WCCF will deliver hydrogen to the first fuel cell-powered ferry in the US (owned by SWITCH Maritime), first for shipyard sea trials in Bellingham, WA and subsequently for passenger operations in San Francisco Bay.

In the same quarter, WCCF will also launch fuel delivery operations for two new-build LNG-powered container ships (operated by Pasha Hawaii Holdings) in the Port of Long Beach. In order to successfully launch these fueling operations, WCCF began permitting processes in 2019, started to invest in fuel delivery equipment, and solidified commercial relationships with key industry partners up and down the value chain.

“Critical supply chains for low- and zero-carbon maritime fuels simply don’t exist yet. A lot of new infrastructure investment, both public and private, will be needed to make displacement of carbon-emitting fuels a reality. And that investment needs to start now if we’re going to be ready for the oncoming energy transition,” says Pace Ralli, CEO of SWITCH Maritime.

WCCF has designed the initial supply chains based on smaller delivery volumes for the first vessels under contract, with the ability to scale using larger or different equipment as demand for clean fuel in West Coast ports increases.

WCCF is working closely with SWITCH Maritime to develop a hydrogen fueling solution for Sea Change, a 70-foot, 75-passenger ferry that will operate in San Francisco Bay. The vessel will be the first hydrogen fuel cell vessel in the U.S., representing a monumental step in the U.S. maritime industry’s transition to a sustainable future.

Working with upstream partners, WCCF will deliver approximately 50,000 kgs of green hydrogen annually to the Sea Change and eliminate the need for diesel completely. San Francisco is expected to be a growing market for maritime passenger transport and one that will support the increasing adoption of zero-emissions technologies into the growing fleet.

In the Port of Long Beach, WCCF will deliver 78 million gallons of LNG to the M/V George III and M/V Janet Marie two Pasha Hawaii operated newbuild container ships with standard routes between the U.S. West Coast and Hawaii.

The location of the project on the West Coast is significant because approximately 8,000 ocean-going vessels visit California each year. The port has been ranked the number one container port in the U.S. and handles roughly 40% of all U.S. imports.

WCCF has the ability to scale its fueling infrastructure to service additional low-carbon ships at the Ports of Long Beach/Los Angeles and San Francisco/Oakland, which are some of the world’s busiest seaports and leading gateways for international trade in the Western Hemisphere.

By managing the complexity associated with developing end-to-end clean fuel delivery chains and working with regulatory bodies to permit fueling operations, WCCF is helping pave a pathway to decarbonise shipping locally and reduce the heavy toll of the bustling ports on the environment, local air quality and health of local communities.

Harley Marine Asia and Palmstone Marine Services out of the market, according to MPA data.

‘The stakes are high, adoption of short-term measures at this session is crucial to our ability to deliver on the commitments we have made in our initial strategy.’