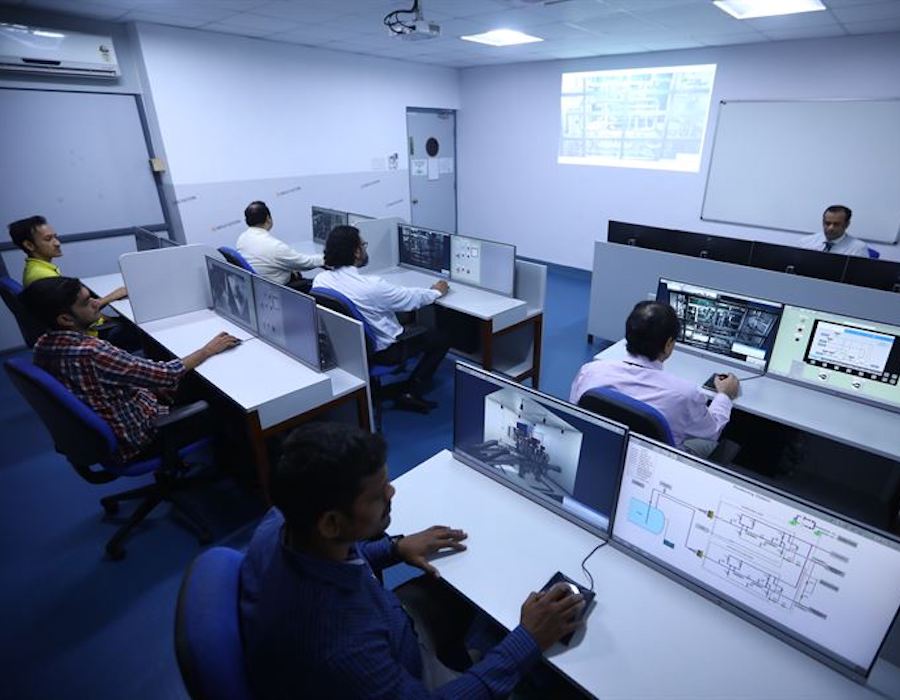 This is a new product for the marine market, reflecting the increasing adoption by fleet owners of LNG fuel, and the consequential need to ensure that crews are sufficiently trained in operating LNG-fuelled vessels. The order was placed in June 2020 and the project was completed in October, it added.

This Wärtsilä Voyage simulator solution is based on the company’s well proven gas valve unit and LNGPac fuel storage, supply and control system technologies, and includes all auxiliary systems needed in connection with the LNG fuel supply.

The system has been tailored to meet the specific requirements of Anglo-Eastern. It also complies with the international Standards of Training Certification and Watchkeeping (STCW) for training seafarers on gas-fuelled ships, in line with the standards demanded by the IGF Code.

“Having worked with Wärtsilä Voyage for some 25 years, we know and trust their technology completely,” said Capt. Pradeep Chawla, Managing Director of QHSE and Training at Anglo-Eastern.

“We were the first private ship management company to install Wärtsilä’s ship handling simulators, and we are again pioneering comprehensive simulation training in LNG bunkering and cargo handling operations.”

“Crew training has to keep pace with the marine industry’s transition to new and cleaner fuels. LNG is already well established as a marine fuel, so our development of this simulation solution meets the industry’s need in a timely fashion,” added Ashok Sharma, Sales, Wärtsilä Voyage Hong Kong.

“It covers the entire LNG fuel system from bunkering to operating LNG dual-fuel engines, and prepares ship crews to handle all related systems safely and correctly.”

Over the years, Wärtsilä Voyage has supplied Anglo-Eastern with a broad range of equipment and solutions, including more than 100 Wärtsilä Electronic Chart Display and Information Systems (ECDIS) installed on board ships.

In 2019, Wärtsilä Voyage received an order to provide its Fleet Operation Solution (FOS) for more than 600 ships managed by Anglo-Eastern, representing the largest-ever maritime software deal.

The event for 10 delegates was sponsored by Japan’s Ministry of Land, Infrastructure, Transport and Tourism.