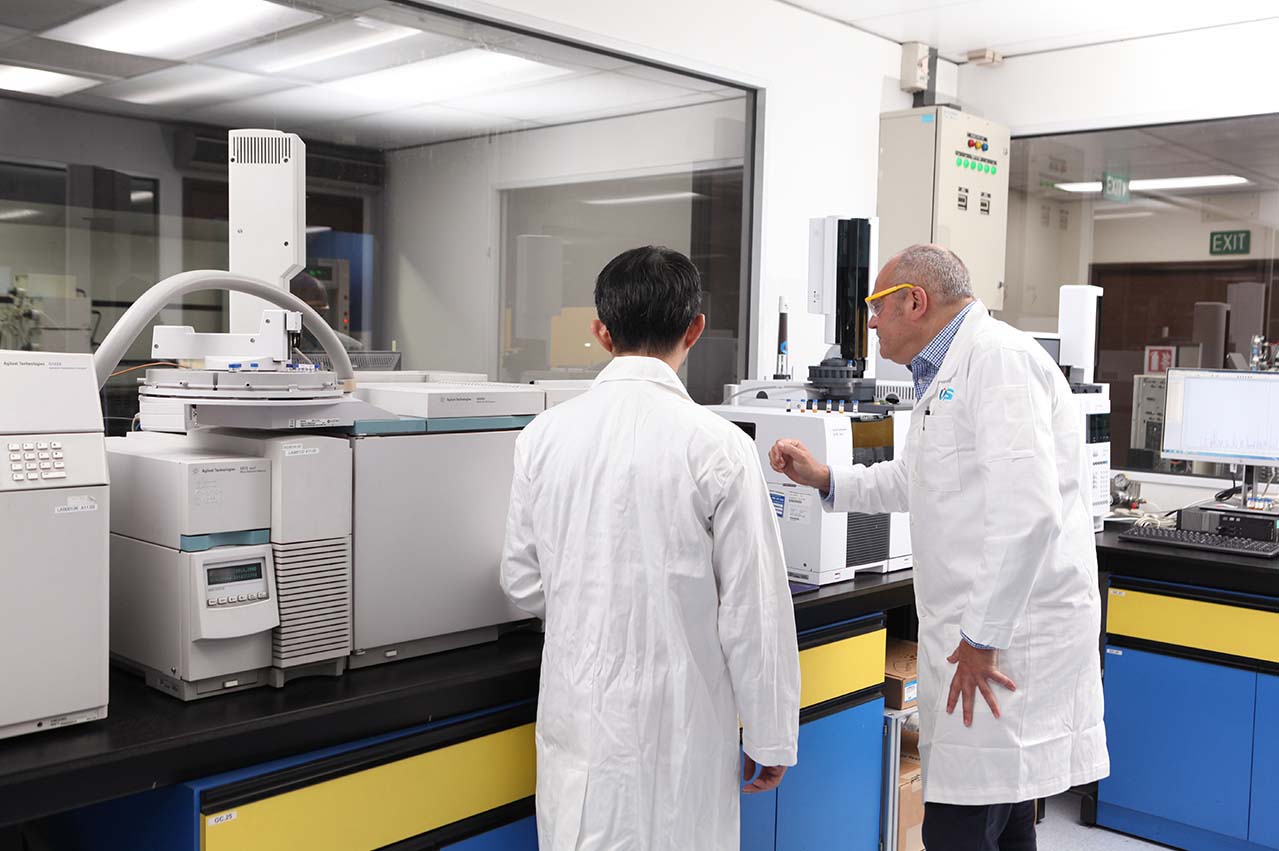 The following article has been written by Dr Malcolm Cooper, the Group Managing Director of marine fuel testing and inspection agency Veritas Petroleum Services (VPS) explaining to Manifold Times readers the difference between various GCMS methods and their ability to detect contaminants in marine fuel:

Gas Chromatography – Mass Spectrometry (GC-MS) is a powerful analytical technique used in forensic analysis and drug testing because it detects organic compounds at very low levels with a high degree of confidence. The GC separates the fuel into individual organic compounds and the MS produces a fragmentation pattern for each compound. This pattern is a unique fingerprint that may be compared to a database of known organic compounds (typically 100,000 compounds) enabling each compound to be identified to a high degree of certainty. Although there are a range of techniques used for detecting contaminated fuels (FTIR, ICP, microbial contamination for distillates, etc) GCMS is the most suitable for detecting organic compounds.

VPS has recognised the power of the GCMS technique and we currently own a total of seven GCMS systems located at our four labs that are used to test bunker fuel. We have been using GCMS to test bunker fuels for 20 years and this history has enabled us to create a vast library of compounds that we have identified, which we can link to a variety of engine problems.

When a vessel reports engine problems using fuel that meets the standard ISO8217 tests, we attempt to identify the presence of organic contaminants using forensic investigation techniques because at this stage the contaminants are unknown. Since marine fuels are a complex mixture of hydrocarbons and in order to identify specific organic contaminants to a high level of confidence, samples are pre-treated prior to analysing by GCMS, with the aim of removing as much of the hydrocarbon matrix as possible to prevent interference.

The acid extraction sample pretreatment method that VPS uses is highly selective for all organic acids and uses a classic liquid-liquid extraction method which takes a long time. It is very sensitive and selective to all acidic contaminants (such as all phenols, fatty acids, etc. including all volatile and non-volatile contaminants).

There are other sample pre-treatment methods available which are not as sensitive or selective and therefore do not provide such a high level of confidence in the results.

Related: Marine fuel quality: Where do we go from here?

FOBAS: 10% up in bunker international off-spec cases during 2H October

Singapore and Rotterdam and Antwerp ports saw the most number of off-spec cases over a variety of issues.

Liquefied methane from both fossil and non-fossil sources provides a large part of the fuel mix at 2050.

A total 4.14 million mt of marine fuel was sold at the world’s largest bunkering port in February 2018.