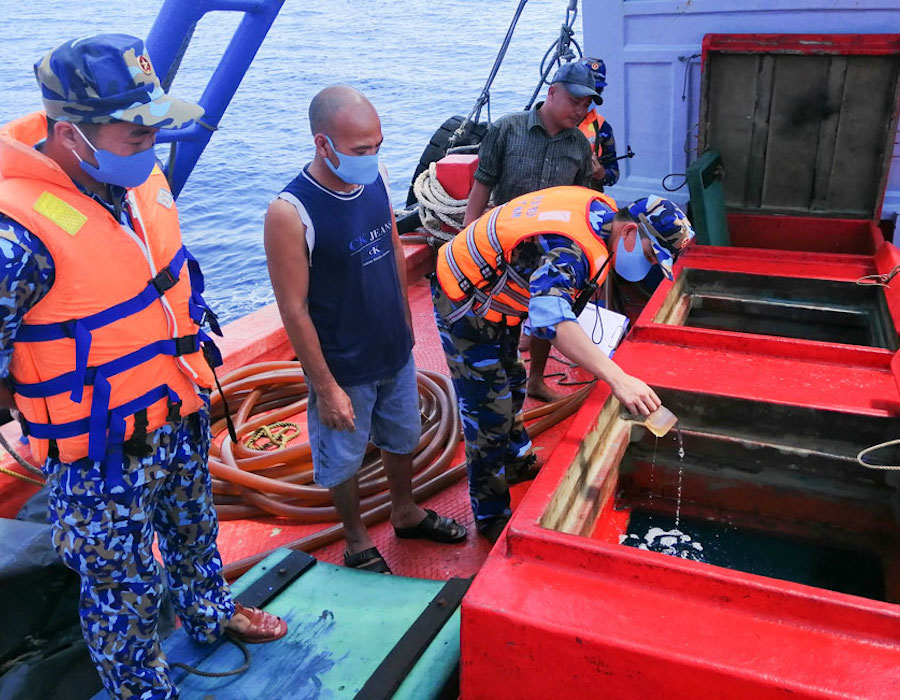 In an official release, it said the vessel TG 90659 TS was discovered to be behaving suspiciously by patrol ship CSB 2004 at about 0920 am on Tuesday (7 April).

Initial investigations discovered five crew members and 50,000 litres of diesel oil on board. However, the Captain was unable to produce any invoices or documents explaining the origin of the oil, it said.

The detained vessel has been towed to Phu Quoc port for further investigations and legal action.

The Vietnam Coast Guard notes that preventive measures were taken throughout the process to prevent the spread of the COVID-19 virus.

Defence lawyers accused one of the two lay judges (a volunteer assisting the judge) to be incompetent due to him wearing a shirt with a NASA logo.