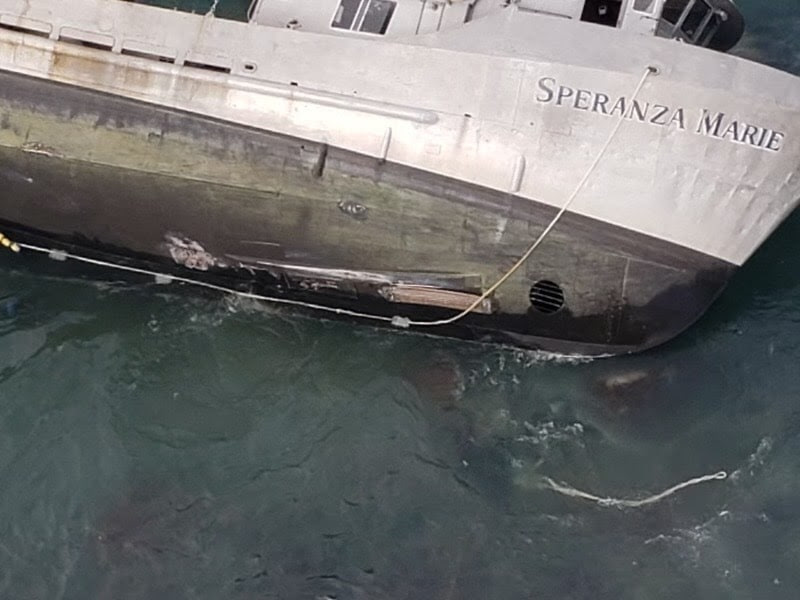 The Unified Command continued its response on Friday (16 December) to the fishing vessel Speranza Marie grounding on Santa Cruz Island, according to the US Coast Guard.

Manifold Times previously reported the vessel ran aground on 15 December and the 60-foot fishing vessel was carrying roughly 1,000 gallons of diesel fuel, ran aground in Chinese Harbor on Santa Cruz Island at approximately 2am.

All available actions are being taken to ensure the safety of the public and response personnel, recover spilled materials, and protect environmentally sensitive areas.

Response teams will attempt to stabilise the vessel. Once completed, they will begin removing diesel fuel and cargo from the vessel to help salvage efforts and minimise environmental impact.

In addition to those efforts, teams will deploy booms during the defuelling and cargo removal operations to help contain any additional spillage.

Thursday, debris was removed from the water near the impact site, and teams conducted shoreline and vessel assessments to help plan and prepare for future fuel recovery and salvage operations.

No wildlife impacts have been reported/observed at this time, but crews are monitoring for them. Trained responders from the Oiled Wildlife Care Network have been put on standby and will be activated should they be needed.

The cause of the incident is still under investigation.

MOL is also studying the feasibility of adding Rotor Sails, an auxiliary wind propulsion system developed by Anemoi Marine Technologies, to the vessel.

Group’s decision is based on Tumpuan Megah’s substantial contribution through its bunkering business to the company’s profits as well as projected earnings.

Another 29 shipping companies were nominated to maintain their annual endorsement for being "safe and honest" companies, according to a government department.