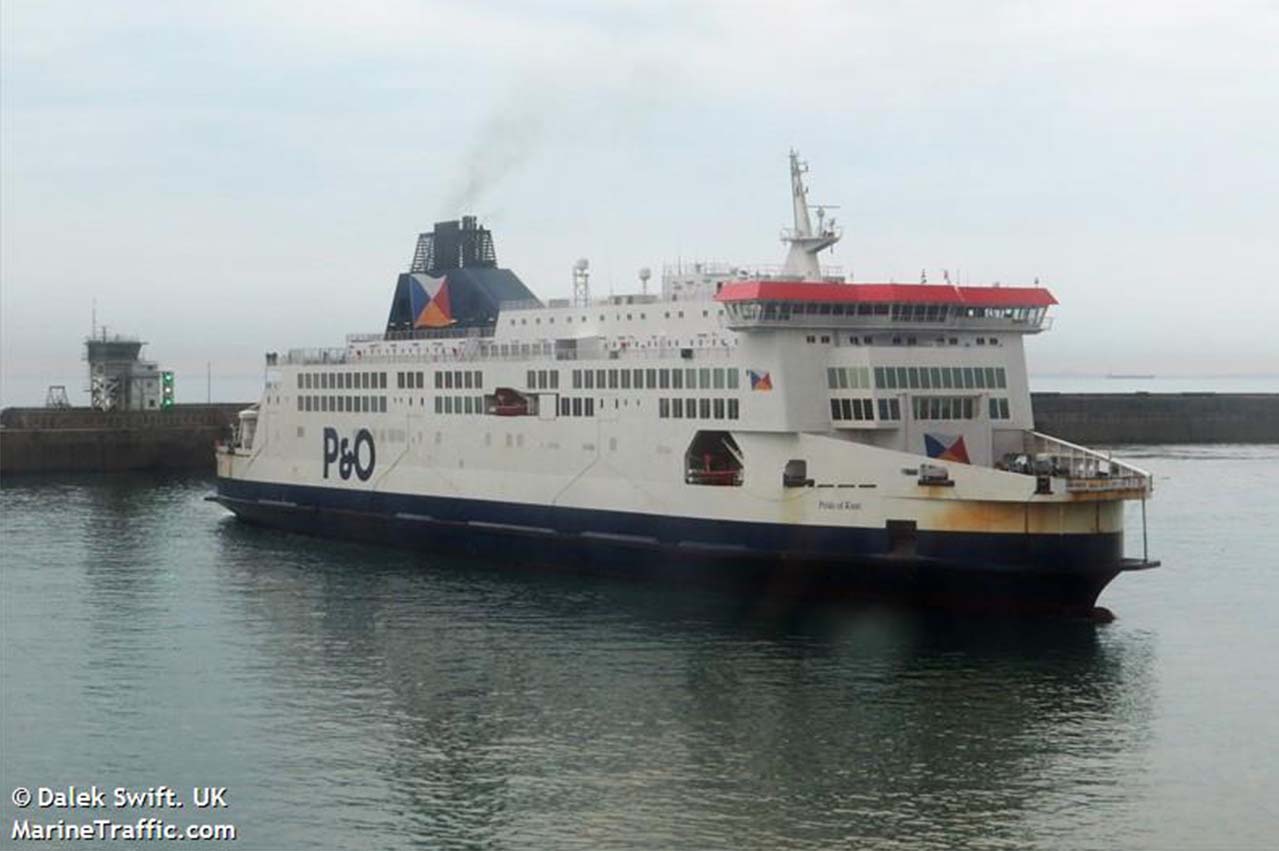 The Marine Accident Investigation Branch has found the switch to ultra-low sulphur fuel oil (ULSFO) by ro-ro passenger ferry Pride of Kent to be partly responsible for its contact with a jetty and subsequent grounding at Calais, France on 10 December, 2017.

The Report on the investigation of the contact and grounding of the ro-ro passenger ferry Pride of Kent released on February 2019 noted a loss of movement by the ferry due to a combination of factors, including a trip of the bow thruster during a critical period.

“Pride of Kent’s No.1 bow thruster tripped during the ferry’s arrival and departure from Calais on 10 December due to the reduced performance of the port main engines’ fuel pumps,” stated the report.

“The resultant inability of the pumps to supply fuel to the port main engines at the rate required to keep the engines operating close to overload resulted in a reduction of the engines’ speed before the automatic pitch reduction system cut in.

“As a result, the shaft speed reduced below 145rpm, the shaft generator tripped, and the No.1 bow thruster stopped.”

According to the report, the occasional tripping of the vessel’s bow thruster was one of several problems experienced following the change of fuel type from ULSFO from marine gas oil (MGO) six months earlier.

In June 2017, the fuel used on board Pride of Kent was changed from MGO to ULSFO to reduce vessel running costs as both fuel types complied with emissions requirements for ships within the North Sea Sulphur Emission Control Area (SECA).

Since the introduction of ULSFO, the main engines’ fuel pumps had suffered from increased wear, which resulted in, among other things, difficulty in starting and clutching in, the engines alarming on overload more frequently, high exhaust gas temperatures, and reduced power output that resulted in speed reductions of between 1 and 2kts when on passage.

Following the introduction of ULSFO, although the bow thrusters had occasionally tripped, the cause of their failure had not been associated with the degradation of the fuel pumps.

The problems encountered following the introduction of ULSFO on board Pride of Kent were reported to P&O Ferries’ technical superintendent and were reflected in the chief engineers’ end of month reports. However, the status of the main propulsion was recorded as ‘satisfactory’ in the ferry’s weekly status reports.

“Investigation by the propulsion control system’s manufacturer in July 2017 indicated that the engine problems being experienced were probably linked to the performance of the fuel pumps,” noted the report.

“The performance of the fuel pumps was referred to Lloyd’s Register technical investigation department in October 2017, but resulting remedial work did not improve the situation and the associated engine problems continued.”

Following the grounding, P&O Ferries had reverted to the use of MGO on board Pride of Kent pending assessment of the problems associated with ULSFO.

It has also developed and implemented a plan for monitoring and assessing the impact of ultra-low sulphur fuel on the reliability and performance of Pride of Kent’s propulsion should it be re-introduced in the future.

Annual turnover of the country’s maritime industry down 7.9% allegedly due to Hanjin Shipping bankruptcy.