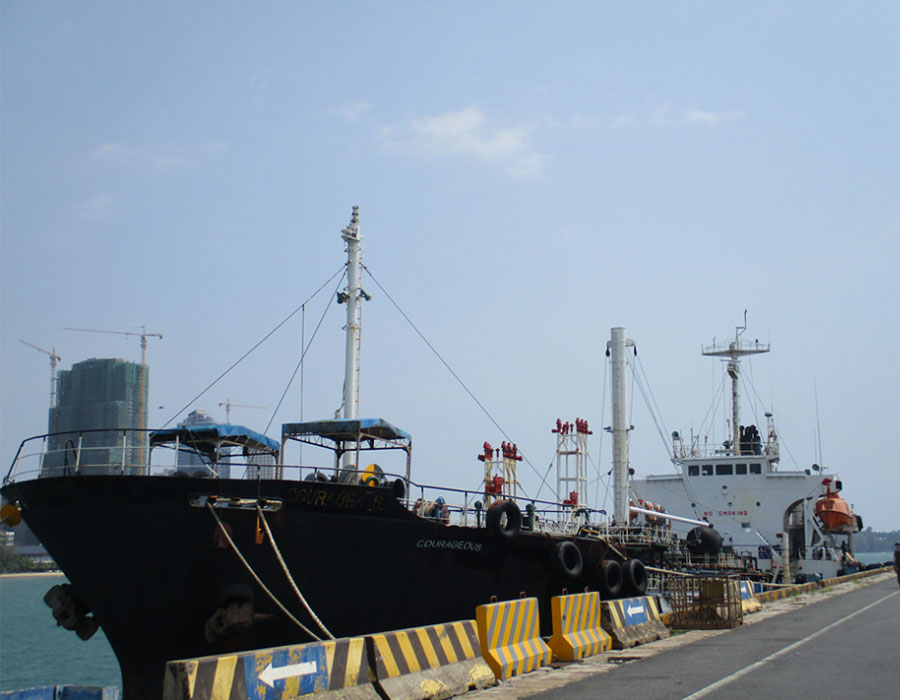 A New York federal court on Friday (30 July) entered a judgment of forfeiture regarding the M/T Courageous, a 2,734-ton oil-products tanker used to make illicit deliveries of petroleum products through ship-to-ship transfers with vessels flagged in the Democratic People’s Republic of Korea (DPRK or North Korea) and direct shipments to the North Korean port of Nampo, according to the U.S. Department of Justice.

Court documents noted payments to purchase the Courageous, to obtain oil for supplying to North Korea using the Courageous, and to procure necessary services for the Courageous were made using U.S. dollars through unwitting U.S. banks, in violation of U.S. law and United Nations Security Council resolutions.

On April 23, 2021, a civil forfeiture action was filed against M/T Courageous. Criminal charges of conspiracy to evade economic sanctions on the DPRK and money laundering conspiracy are pending against the alleged owner and operator of the Courageous, Kwek Kee Seng, a Singaporean national who remains at large.

According to documents filed in the civil forfeiture action and allegations contained in the criminal complaint, Kwek and his co-conspirators engaged in an extensive scheme to evade U.S. and U.N. sanctions by using vessels under their control to covertly transport fuel to North Korea, thereby providing a critical resource for the North Korean government and for DPRK-based companies.

One of those vessels was M/T Courageous — formerly known as the Sea Prima — which was purchased by Kwek through front companies to further the scheme to evade sanctions and launder money.

Among other things, for a four-month period between August and December 2019, M/T Courageous illicitly stopped transmitting information regarding its location, during which time satellite imagery shows that M/T Courageous both engaged in a ship-to-ship transfer of more than $1.5 million worth of oil to a North Korean ship, the Saebyol, which had been designated by OFAC, and travelled to the North Korean port of Nampo.

Kwek and his co-conspirators allegedly took additional steps to hide the scheme by (1) operating a series of shell companies, (2) lying to international shipping authorities about M/T Courageous’s dealings with North Korea, and (3) falsely identifying M/T Courageous as another ship in order to evade detection.

In furtherance of the scheme, Kwek and his co-conspirators arranged for a variety of payments denominated in U.S. dollars that were processed through U.S.-based correspondent accounts to purchase oil – including more than $1.5 million to purchase the oil that was transferred to the Saebyol, over $500,000 to buy M/T Courageous, and thousands more dollars to procure necessary services for M/T Courageous and another vessel, including registration fees, ship materials, and salary payments for crewmembers.

Kwek and his co-conspirators overseas sought to conceal these sanctions-evading transactions by, among other things, using front companies to disguise the nature of the transactions; disguising location information for vessels carrying illicit shipments; and conducting ship-to-ship fuel transfers on the open sea in an attempt to hide their counterparties, such as the Saebyol.

An indictment is merely an allegation, and all defendants are presumed innocent until proven guilty beyond a reasonable doubt in a court of law.

“Sakigake” will be converted to operate on ammonia fuel by a target completion year of 2024 with the aim of operating in the port of Yokohama, said the firm.