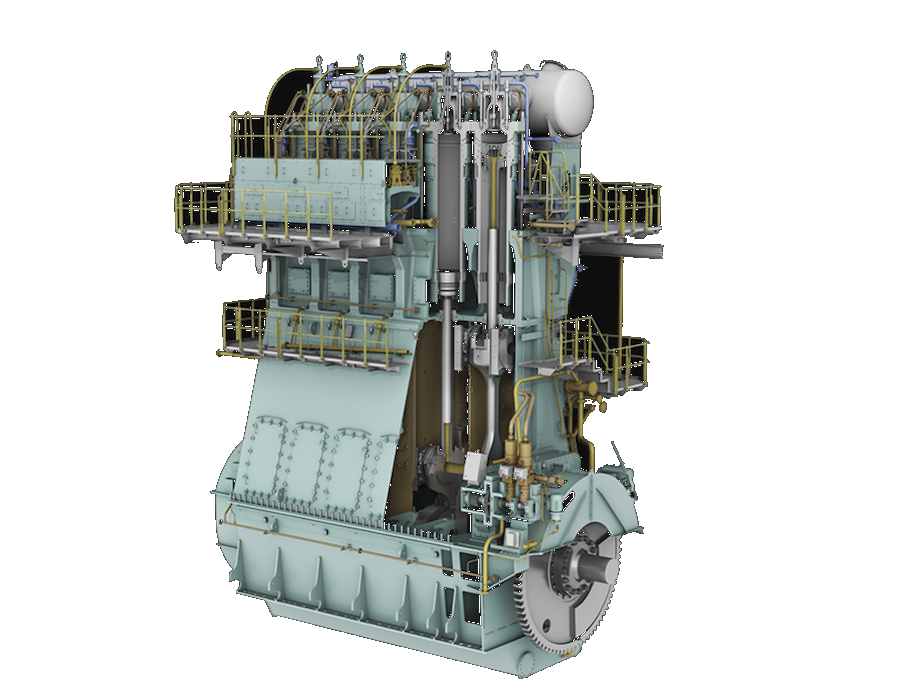 Total Lubmarine on Thursday (19 March) said its Talusia Universal (BN 57) has received a No Objection Letter (NOL) from gas and diesel engine for marine propulsion developer WinGD for all fuels (liquid and gas) with a sulphur content 0.00%S – 1.50%S.

The NOL was awarded with no restrictions following the successful completion of two rigorous tests carried out on two different vessels fitted with W6X72 engines.

The tests were conducted on split engines comparing TALUSIA UNIVERSAL with a BN40 reference Cylinder Lube Oil (CLO). One test carried out with compliant VLSFO <0.5%S, the other one with compliant ULSFO <0.1%S for 2350 and 2000 running hours respectively.

“We are delighted that Talusia Universal has received the NOL from WinGD for all fuels with 0.00% to 1.50%S,” added Total Lubmarine’s Technical Director, Jean-Philippe Roman.

“Our team worked extremely closely with WinGD, and this close cooperation was critical in achieving this successful outcome. Test results on both engines revealed high levels of cleanliness with negligible wear, demonstrating the effectiveness of Talusia Universal.”

Talusia Universal is formulated with a unique chemistry (with additional surfactant molecules) that helps the neutralization process and the control of engine deposit growth.

It is proven to handle the engine cleanliness demands of all technologies operating with low sulphur fuels in all conditions with an accumulated experience of over 12 years.

The efficiency of Talusia Universal to maintain the engine cleanliness is as good as the high BN rated products on the market and can also be used on WinGD engines with X-DF technology.

The NOL from WinGD follows the awarding of an NOL from MAN Energy Solutions in late 2019 for Talusia Universal following tests carried out on MAN B&W 2-stroke engines operating on fuels with less than 0.5%S Very Low Sulphur Fuel Oil (VLSFO).

Because of its approval tests, Talusia Universal can be used continuously with 0.1%S 2020 compliant fuels, in both the WinGD DF and MAN GI engines running in gas mode, without risk of deposit growth.

Singapore bunker sales volume down 12% on year in April

First large-scale in-person maritime tradeshow since the pandemic, held from 16 to 18 March 2022, will attract 7,000 attendees from Asia and beyond.

The premium of LSMGO over VLSFO in Singapore has averaged $6.58/t so far this month, down from as high as $55/t in July this year, reports Argus Media.