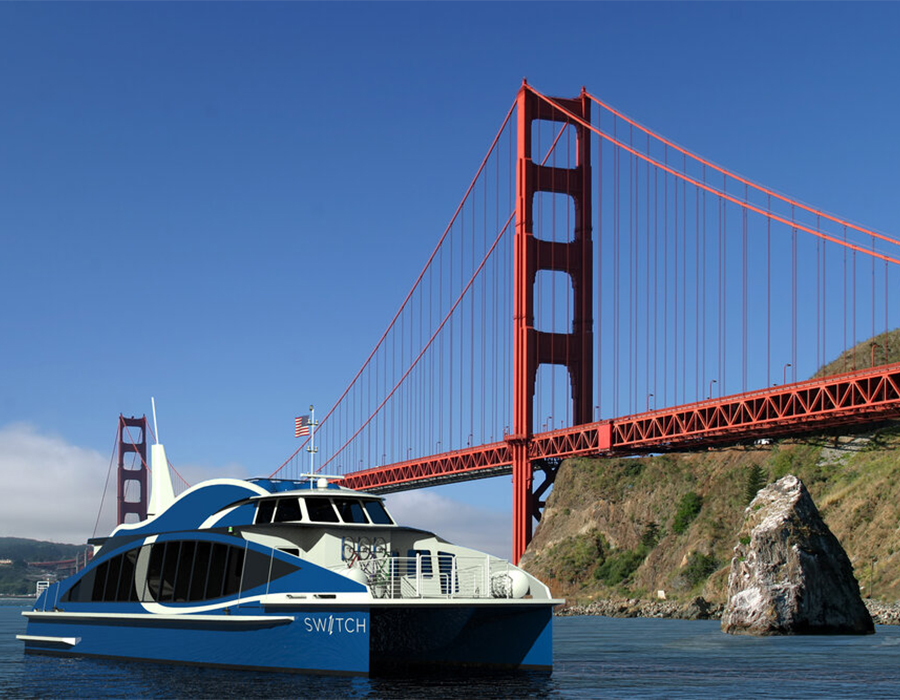 SWITCH Marine on Tuesday (30 November) said the world’s first hydrogen fuelling of a commercial marine vessel has been successfully completed .

On 18 November at All American Marine shipyard; the vessel began its final sea trials before delivery.

The event is a monumental step towards decarbonisation of the worldwide shipping industry and showcases the United States’ energy transition away from fossil fuels, it states.

The new 75-passenger ferry Sea Change received hydrogen into its 242 kg tanks on the upper deck. It uses hydrogen in fuel cells producing electricity to power electric motors for distances up to 300 nautical miles, and speeds up to 20 knots – similar capabilities as diesel-powered vessels – with the added benefits of zero exhaust smoke or other emissions and very little vibration and noise.

The fuel loaded in the vessel’s tanks includes green hydrogen, produced in California by an electrolyzer powered with renewable solar power, which results in zero carbon emissions in the production of the fuel as well.

“While it’s taken us years to get to this point, the timing couldn’t be better,” says Pace Ralli, CEO of SWITCH Maritime.

“In this moment, our nation is more committed than ever to making the transition to a carbon-free economy. Hydrogen will play a major role in that future, and major players in the maritime industry are ready to decarbonise. We are grateful to all our partners, and proud to play a small role in accelerating the widescale adoption of hydrogen power. Hopefully this is just the first domino to fall.”

The achievement of the significant milestone unlocks the possibility of many future deployments of similar hydrogen power systems on all vessel types – including ocean-going containerships.

Zero Emission Industries (ZEI), formerly Golden Gate Zero Emission Marine, is responsible for the design and development of the first-of-its-kind maritime hydrogen and fuel cell system as well as the vessel’s unique fueling system that allows it to be fueled directly from a hydrogen truck, and was responsible for the successful regulatory approvals of all hydrogen-related aspects onboard.

“Our whole mission at ZEI is to build new technology that makes hydrogen accessible and easy to use, and this event demonstrates how far we’ve come.”

For the fueling during sea trials, SWITCH has engaged West Coast Clean Fuels (WCCF) to develop and permit the end-to-end clean fuel supply chains that will deliver hydrogen to the Sea Change, as well as BayoTech, for high-pressure gaseous hydrogen delivery to Sea Change during sea trials in Washington using transport trailer-to-ship transfer.

SWITCH’s vision is to achieve a fully zero-carbon fueling supply chain of green hydrogen, which is currently in short supply in the US. Building more and larger vessels that demand large volumes of hydrogen offtake will increase green hydrogen production volumes, and drive the cost of hydrogen lower than diesel, further advancing the rollout of hydrogen-fueled fleets.

The company’s inline scrubbers come with an optional extended guarantee against corrosion, it notes.

IBIA: All ships required to have sampling points for taking ‘in-use’ samples

Amendments to MARPOL Annex VI will require all ships that do not have designated sampling points for taking so-called in-use samples to have them fitted.