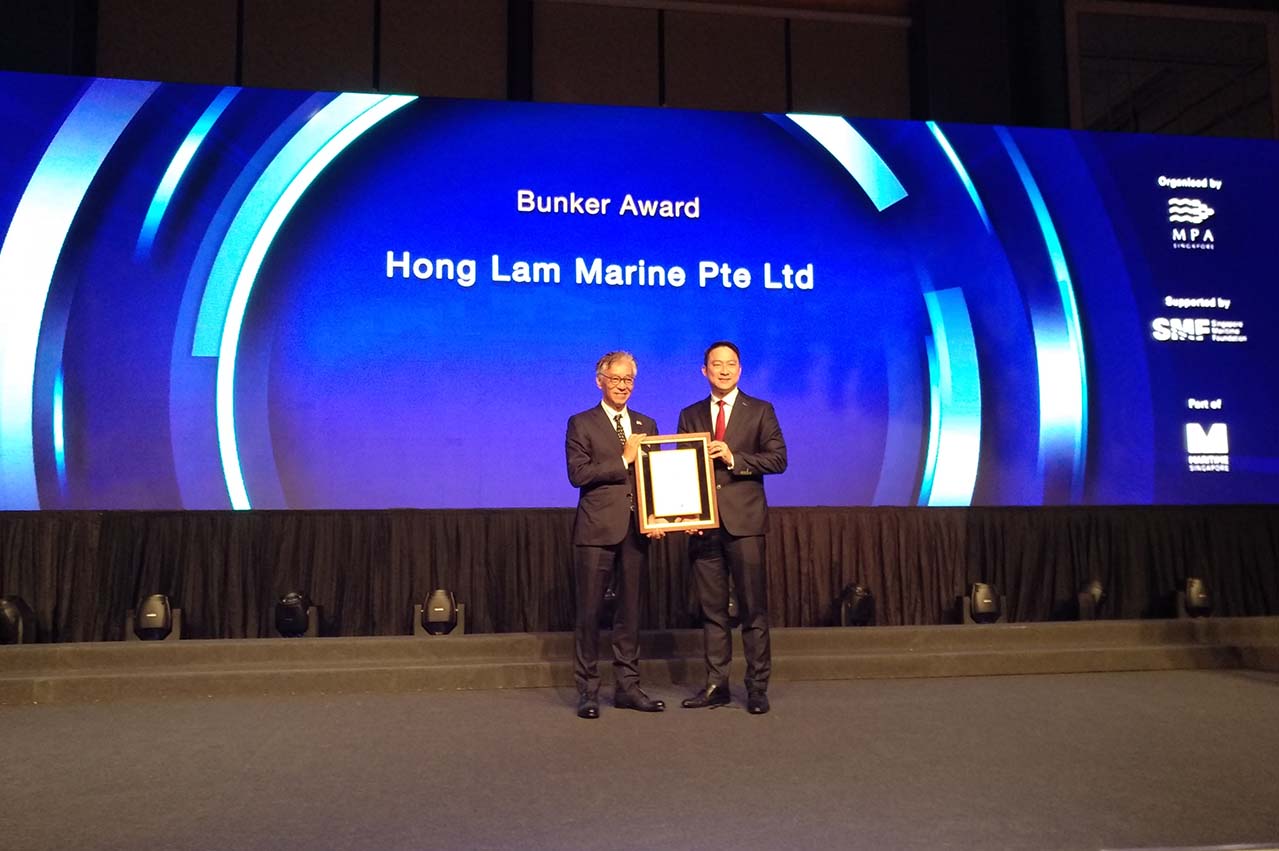 The IMA Dinner is a biennial event where companies and individuals are recognised for their contributions to Singapore’s development as a premier global hub port and international maritime centre.

Lim Teck Cheng, the Executive Chairman of Hong Lam Marine, received the award from Dr Lam Pin Min, Senior Minister of State for Health and Transport, witnessed by an audience of more than 600 key management from leading maritime companies.

“We are indeed honoured to receive of the Bunker Award,” Lim told Manifold Times on the sidelines of the event.

“This achievement marks an important milestone in our history which began in 1981, and we now join past recipients whom we have admired and respected. We wish to thank all who nominated and supported our nomination.

“Moving on, we aspire to continue as an emissary and do our part working with the shipping community and the MPA to blossom and flourish, along with the rest of the Singapore bunkering industry.”

The company is the 17th largest bunker supplier by volume at the Port of Singapore in 2018.