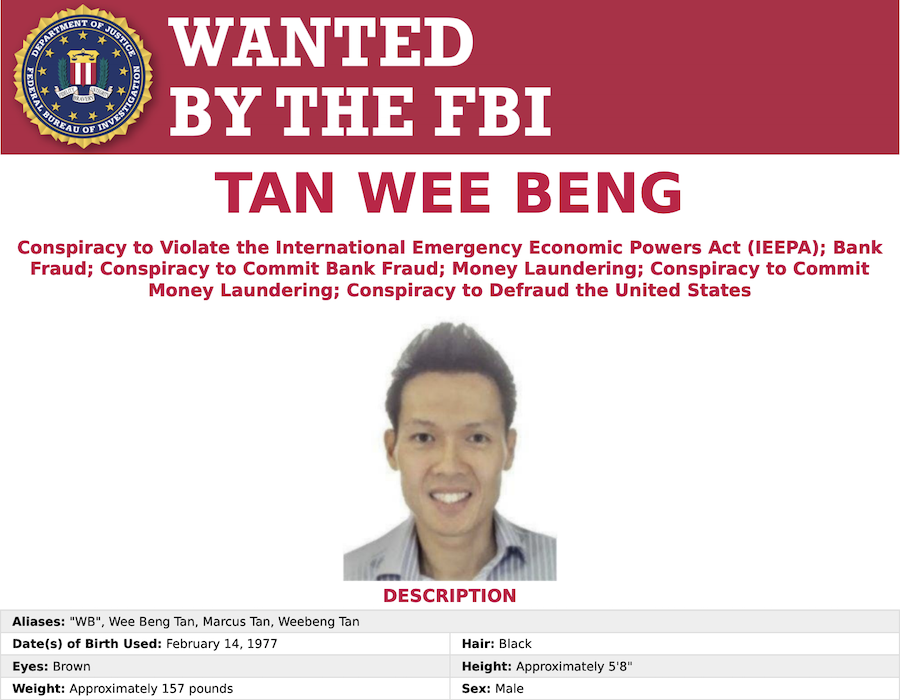 Tan was charged in Singapore (19 June) for 20 alleged counts of forgery to cover his tracks from banks after having sold sugar to parties from North Korea from his company Wee Tiong Pte Ltd and its affiliated firm, Morgan Marcos.

Along with Tan, Malaysian Bong Hui Ping, shipping manager at the company was charged for aiding and abetting Tan to commit the 20 counts of forgery.

According to the FBI arrest warrant, Tan and others in his company allegedly fulfilled millions of dollars in commodities contracts for North Korea as early as 2011.

“To do so, Tan Wee Beng allegedly made a concerted effort to launder money through the United States and Singaporean financial systems by concealing payment origins and structuring transactions to avoid regulator scrutiny”, explained the FBI.