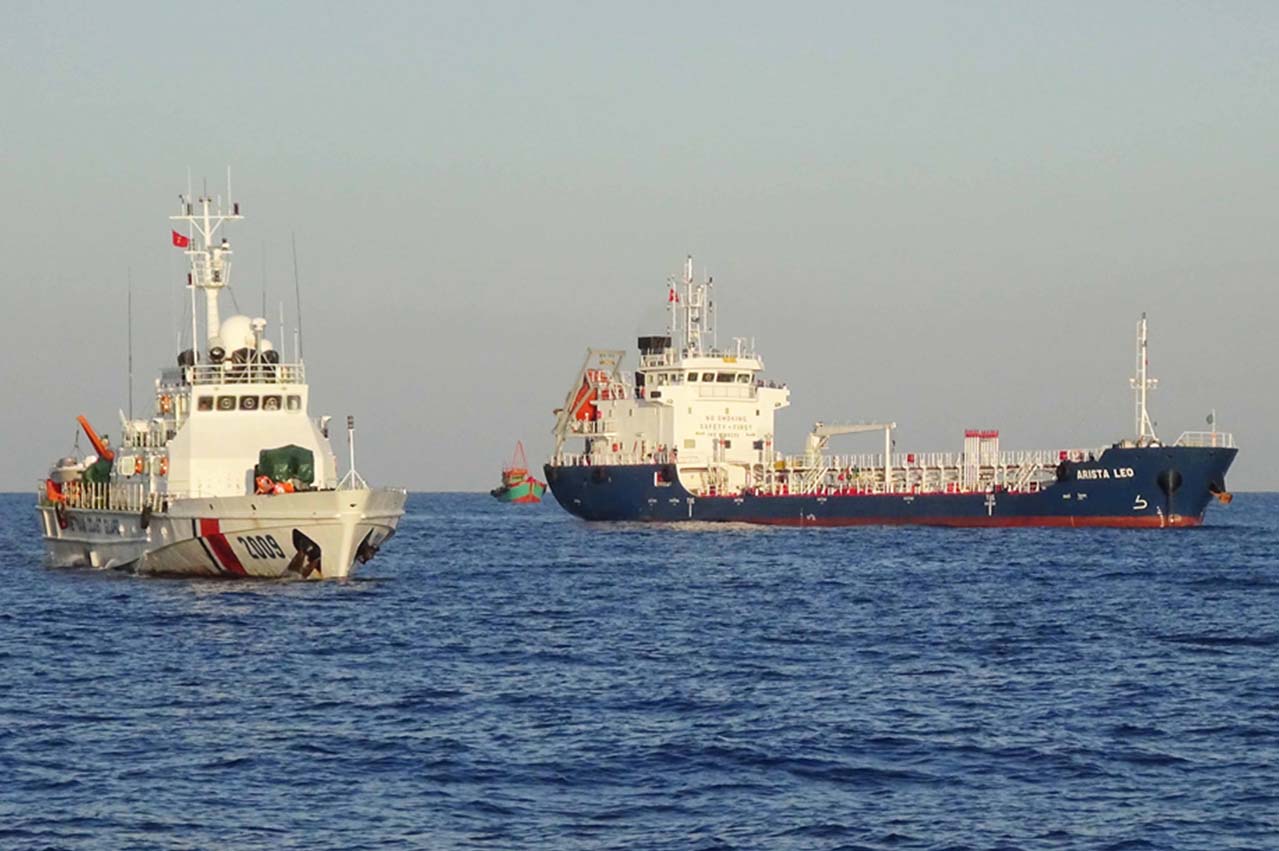 The Vietnam Coast Guard on Saturday (9 March) said it spotted two vessels, namely Singapore-flagged 3,000 dwt tanker Arista Leo and Glaydy Luck of the Ha Loc Phat Company, approaching each other at 100 nautical miles south of Con Dao at 10:30am.

It noted Arista Leo transporting about 3 million litres of gasoline, which “the captain could not produce sufficient documents to prove the legality of the amount of petrol on board.”

As such, the Coast Guard said it has lead the vessel to Vung Tau for further investigations.