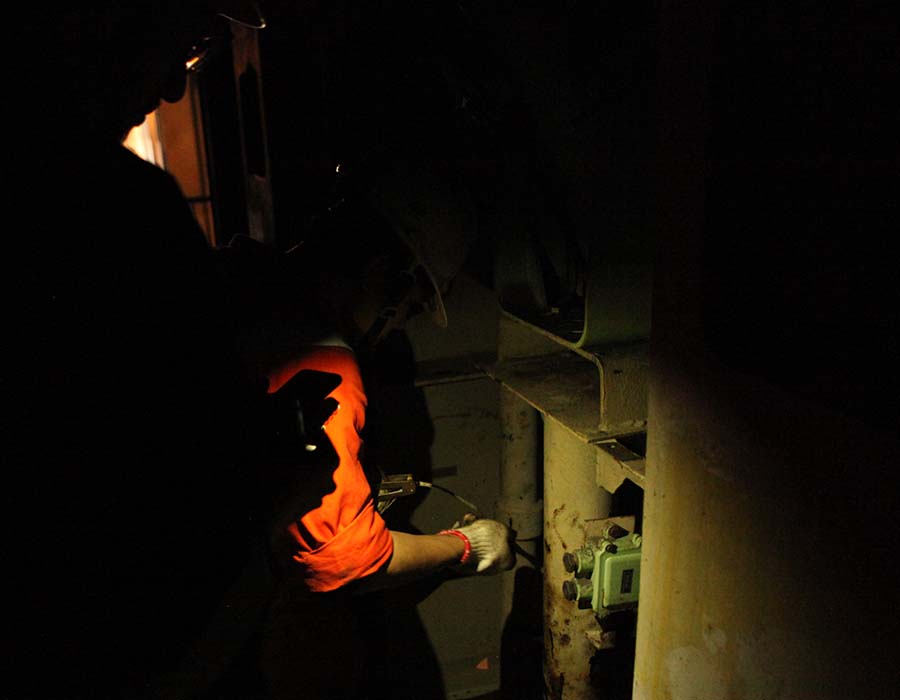 Bunker surveyors in Singapore have welcomed a government initiative that will see its members undergo Rostered Routine Testing (RRT) as part of the republic’s precautions and measures for the COVID-19 (Coronavirus Disease 2019) pandemic, but believe the move can be better implemented.

The Maritime and Port Authority of Singapore (MPA) on Wednesday (26 August) issued a notice requiring maritime frontline workers who are in direct contact with foreign ship crew or travellers to undergo COVID-19 RRT every 14 days to reduce the risk of infections.

The RRT, an initiative under the Ministry of Health’s testing strategy, will commence from 15 September onwards with the cost borne by the Singapore government until the end of March 2021.

“Please note that Health Promotion Board (HPB) will carry out pooled testing of 5 workers each time instead of an individual,” stated the MPA notice.

“As such, kindly plan your workers slots in a group of 5 (as much as possible/practicable) from 15 Sep onwards accordingly. You may want to consider spreading them evenly across the 14 days (i.e.15 Sep to 28 Sep) since there will be a daily swab quota which will be decided by HPB.”

The development to introduce RTT was largely well-received by Singapore’s bunker surveyors who believed early intervention was needed to protect maritime frontline workers as well as their families.

“We have checked with several IBIA members that are bunker surveying companies regarding the matter,” Alex Tang, Regional Manager Asia, at the International Bunker Industry Association (IBIA) told Manifold Times.

“They have all expressed support and appreciate the proactive initiative by Singapore government and MPA for COVID-19 screening.

“We believe the RTT for bunker surveyors is an effective and good model for Singapore, as the largest International bunkering hub and also a maritime hub, to adopt.”

“I think the initiative will enhance the reliability of bunker surveyors and give added assurance to shipowners and operators coming to Singapore port. So this is a positive step by MPA and I think it is the right way to go,” he said.

“The principle is good but I do have some concern on testing every 14 days. The period seems rather short and could affect operations. A longer retest period seems more pragmatic.”

“This has to be done to safeguard us at the end of the day,” he said.

“I do know that other ports are performing only swab tests and letting crew changes happen without quarantining the crew. So, there is always a risk of them getting infected onboard the vessel and this has already happened with the recent case at Singapore involving a Bahamas-registered ship.”

He notes the MPA notice stating RRT to be done in groups of five where operationally feasible and believes this can be solved with additional planning.

“At the end of the day, the surveyors need to have a peace of mind when they return home.”

A spokesperson of the Association of Bunker Industry (Singapore), also known as ABIS, was supportive of COVID-19 testing but believed the RTT can be more practical if staff were tested in groups of three, rather than five.

“We have earlier suggested to MPA to allow groups of three for tests instead of five due to the tight schedule and unforeseen planning faced by bunker surveyors during operations, and surveying firms need people on the ground to work,” he said.

“Some smaller bunker surveying firms have only two to three surveyors so having to stop operations and getting the entire staff count present for RTT is unpractical. A suggested solution will be to allocate at least half the strength to go for COVID-19 testing, with the other half remaining on standby.

“In addition, having us plan for a RTT session every two weeks in advance is too short a period to get ready. It is well known that vessel ETAs often change and we can’t tell which days are actually busy as surveyors have to remain on standby to board.”

A senior Singapore bunker surveyor explained the issue in detail to Manifold Times.

“As with all surveying companies, our planning for jobs will be greatly affected when we need to send our boys in groups of five to be tested,” he shared while adding, “vessels call at different hours to Singapore port and our jobs will start and finish at different times.”

“Assuming a RTT session has been organized at 1100hrs, surveyors working the night before will need to ensure they can finish their jobs before 0900hrs. However, factors such as weather, any delay in the completion of the job, timeliness of the launch craft back to shore, queues at the immigration checkpoints, and other unforeseen events also need to be taken into account.

“Another factor is our jobs are based on vessels’ ETA timings which are usually not confirmed.

“There must be a flexible system in place where we can notify MOH for any changes in testing appointments with the ability to make changes to the appointment should the surveyor be delayed onboard the vessel, with testing allowed for individuals and not as a group.

“We are happy that the government wants to do free testing for us, but not in groups of five. Also, it seems free testing will stop by the end of March next year. We imagine the cost of such tests would be very high if it were to be borne entirely by us.”

‘I am humbled and grateful for the support and trust that SSA members and the Council have in me,’ says President of SSA, Ms Yang, on her successful re-election.

Meeting will be held electronically on 7 February at 2.30 pm for creditors to know the estimated amounts of their claims, according to Government Gazette notice.