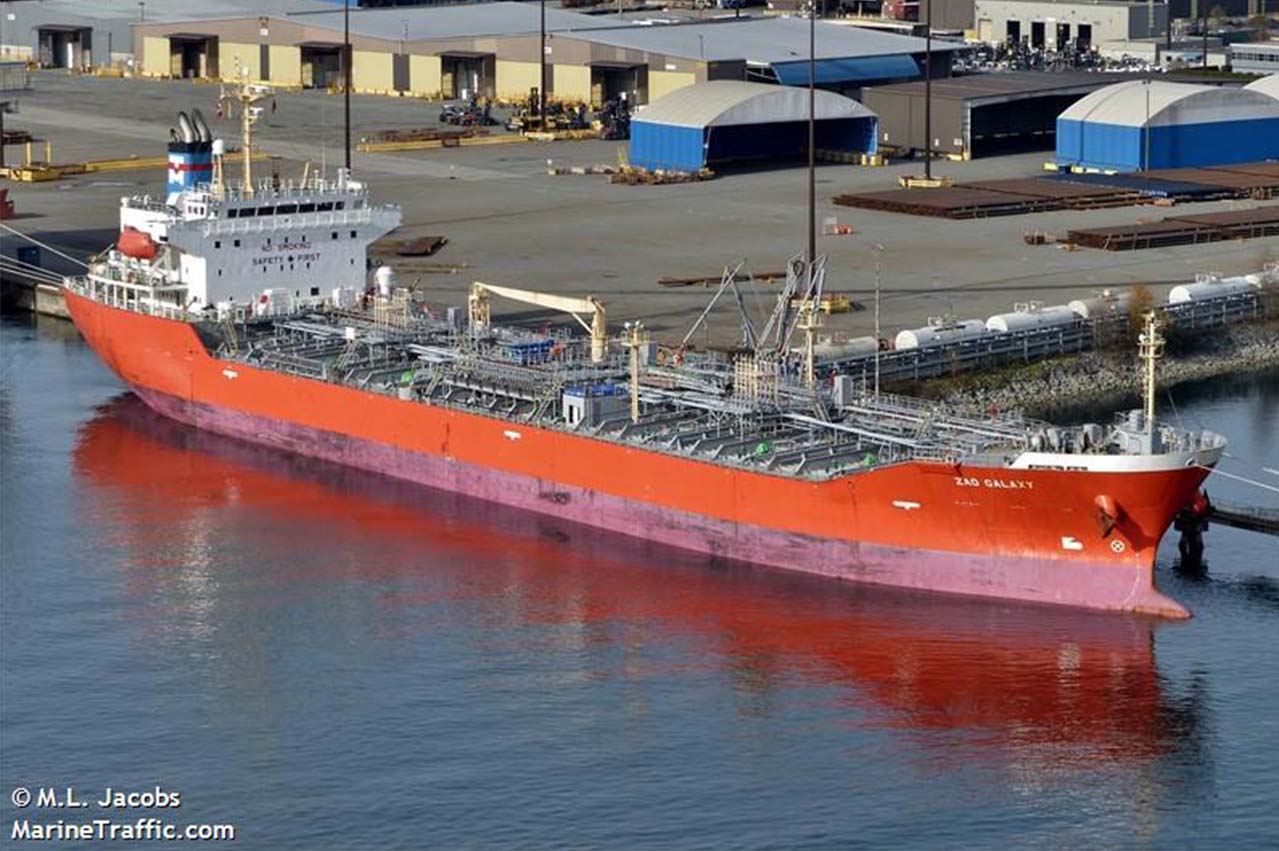 Unix Line Pte Ltd, the primary ship management arm of MOL Chemical Tankers Pte. Ltd., shipowner FGL Moon Marshall Limited, and Gilbert Dela Cruz on Thursday (24 October) were facing charges of failing to maintain an Oil Record Book for bilge water discharges into the sea and with obstruction of justice at a U.S. Court, according to the U.S. Attorney’s Office.

The indictment alleges that the Zao Galaxy, a 16,408 gross-tonne, ocean-going motor tanker, was owned by FGL Moon Marshall Limited, a Marshall Islands company, and operated by Unix Line Pte Ltd., a Singapore company.

An affidavit filed by an agent of the Coast Guard Investigative Service alleges that, on January 21, 2019, the Zao Galaxy set sail from the Philippines and, on February 10, 2019, the ship arrived at a port in Richmond, Calif., bearing a cargo of palm oil.

According to the indictment, Dela Cruz, 37, a citizen of the Philippines, was the First Assistant Engineer on Zao Galaxy’s vessel crew and acted as an employee and agent of both FGL Moon and Unix.

Dela Cruz was responsible for making entries into the ship’s Oil Record Book and for the operation of the ship’s equipment used for treatment and discharge of oil-contaminated water.

The complaint affidavit further alleges that, when the ship reached Richmond, examiners from the Coast Guard boarded the ship to conduct an inspection and previously-scheduled examination.

As a result of that examination, investigators discovered videos showing that approximately four illegal overboard discharges of oily waste had occurred from Zao Galaxy’s engine room between the last week of January 2019 and February 11, 2019.

According to the affidavit, the ship’s location data suggested that one of the illegal dumping events occurred when the Zao Galaxy was approximately three nautical miles west of the Golden Gate Bridge.

The complaint affidavit additionally alleges that Dela Cruz had ordered another crew member to perform the illegal overboard discharge at night to facilitate the emptying, cleaning, and repainting of the Zao Galaxy’s Primary Bilge Tank prior to the Coast Guard’s examination.

Dela Cruz is also alleged to have ordered another crew member to use a flange/hose system to facilitate the dumping of the oily waste while avoiding the ship’s normal oily waste management system.

The Zao Galaxy’s Oil Record Book contained no entries documenting these illegal discharges of oily waste.  The indictment also alleges that Dela Cruz attempted to persuade a lower-level crewmember to withhold relevant information regarding the dumping from the Coast Guard.

The virtual hearing was initially set to be on Thursday (30 April) but has allegedly been brought forward ahead of time at the request of creditors, reports Business Times