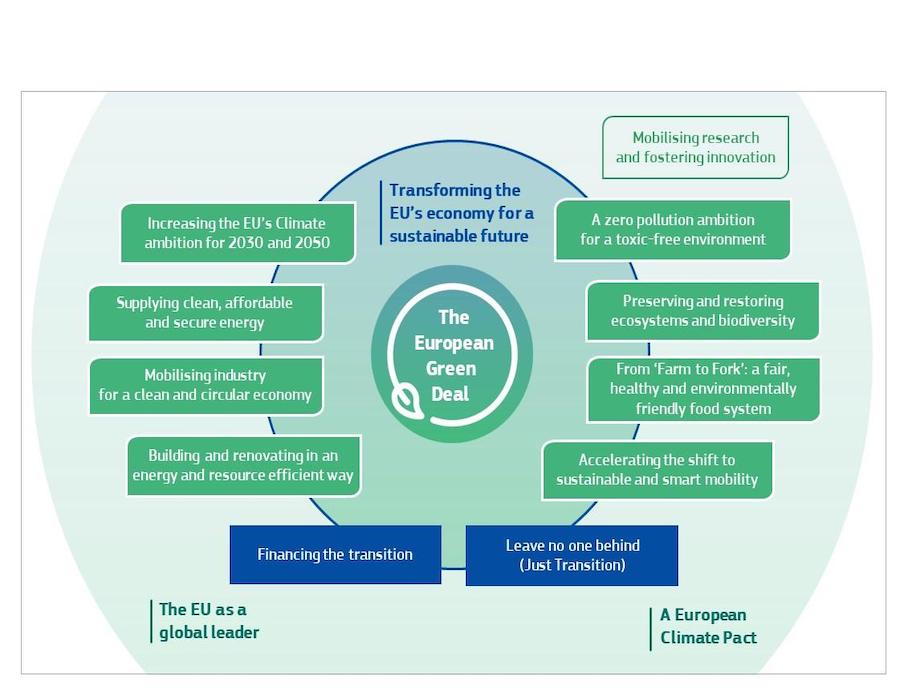 SEA Europe, the Shipyards’ and Maritime Equipment Association on Wednesday (6 May) said it fully supports the ambitions of the European Commission’s “European Green Deal” (EUGD).

The Green Deal’s ambitions are in line with those of the European “Waterborne” Technology Platform (https://www.waterborne.eu/), whose Strategic Research Agenda aims at providing and demonstrating zero-emission solutions for all main ship types and services before 2030, which will enable zero-emission waterborne transport before 2050, it said.

With the EUGD Communication, issued in December 2019, the European Commission says it aims at making the EU economy climate neutral by 2050, by transforming the EU into a fair and prosperous society, with a modern, resource-efficient and competitive economy.

With this flagship initiative, the European Commission wants to put the EU at the forefront in combating climate change and other environmental challenges.

An important ambition of the EUGD is the transformation of waterborne transport (i.e. seagoing vessels and inland navigation ships) into a zero-emission mode of transport.

This transformation will necessitate significant investments from the entire waterborne sector in Europe, including in research, development and innovation (RDI), on top of the investments already carried out so far.

In this respect, SEA Europe proposes to set-up a dedicated EU Maritime Fund – as an alternative to extending the EU Emission Trading Scheme (ETS) to shipping – to incentivize the development of green technologies, to mature sustainable alternative fuels, and to integrate them onboard ships as well as to deploy green infrastructure and to financially stimulate first movers.

Furthermore, these significant investments need to be underpinned by a legal framework that offers legal certainty to the waterborne sector, including the maritime technology sector, it notes.

Without any legal certainty, companies will refrain from making investments, it adds. This legal certainty is also key with regard to an EU taxonomy of green technologies and alternative fuels.

SEA Europe also says it calls upon the European Commission to support technological neutrality and a goal based approach, including for dual-use technologies, to avoid a curtailing of (innovative) clean technologies and to stimulate a rapid development of alternative fuels for waterborne transport.

“Due to the large variety of ship types and ship trades, there is not a “one-size-fits-all” solution to transform waterborne transport into a zero-emission mode of transport,” said Christophe Tytgat said, SEA Europe’s Secretary General.

“Hence, all options for clean technologies, alternative fuels and their optimal integration need to be researched, developed, supported, and facilitated.

SEA Europe states it is encouraged by the European Commission’s intention to use trade policy as a means to support the EU’s ecological transition and welcomes the EUGD’s recognition of the need to ensure fair and undistorted trade policy, to promote EU standards, and to enforce full compliance with EU regulations and standards of products placed on the European market.

“The outbreak has also illustrated the dangers of Europe being or becoming too much dependent on foreign industries. This is certainly a serious risk in shipbuilding.

“The European Maritime Technology sector is heavily impacted by the Covid-19 crisis and the economic consequences of this crisis will be felt much longer than in many other sectors.

“By restoring Europe’s competitiveness, including in maritime technology, the European Green Deal has the potential to become a game changer and should therefore not be seen exclusively as a ‘Climate Deal’ but also as a Strategy for Growth.”

Finally, SEA Europe urged the European Commission to develop appropriate measures and policy actions to achieve the EUGD’s ambitions in close dialogue and cooperation with the relevant stakeholders from the waterborne sector, including from the maritime technology sector.

A copy of the position paper can be found here.

The Gazpromneft Ocean TPL 4040 oil product worked for more than 4,500 hours on board a vessel during trial tests which lasted about 14 months.