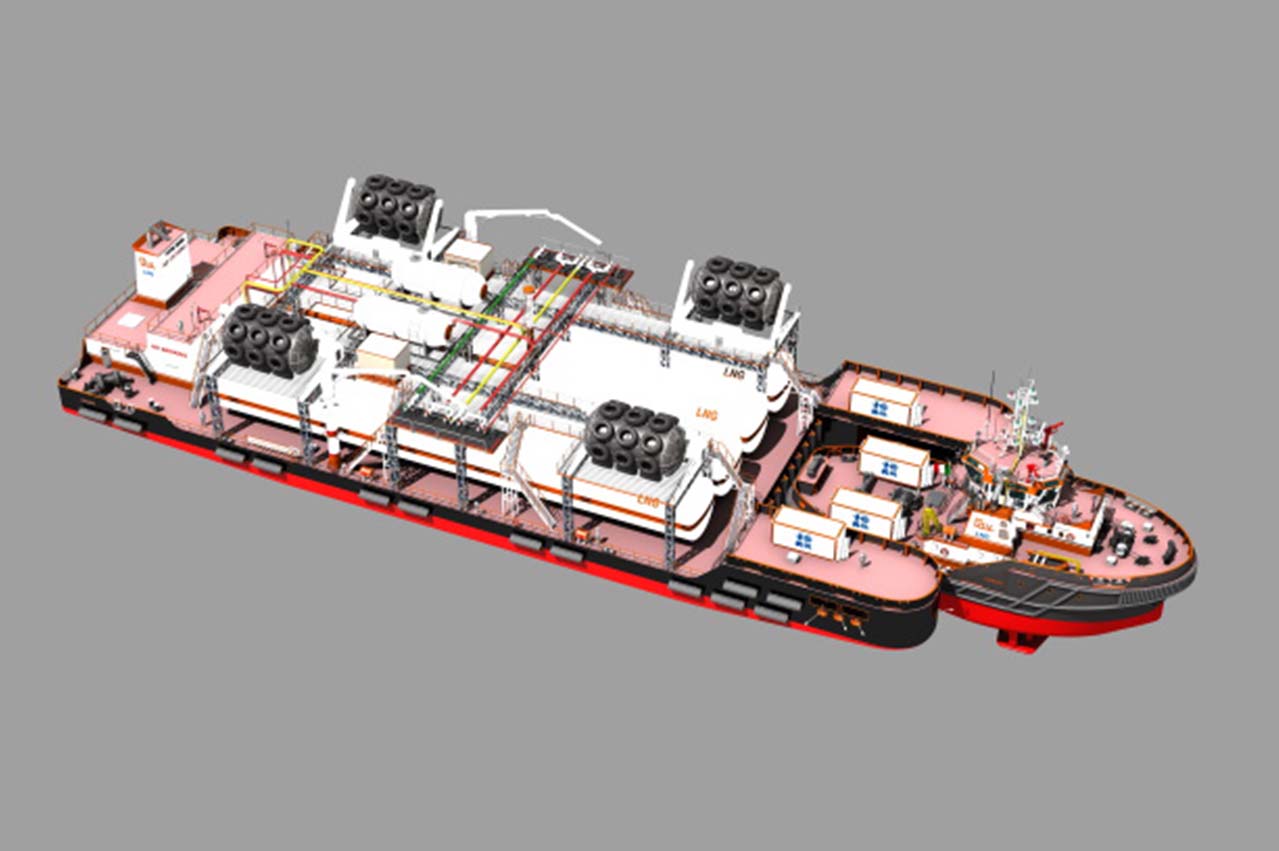 The LNG bunkering vessel will be built at the Rosetti Marino Spa shipyard of Ravenna and has been scheduled for delivery in 2020.

It consists of a non-propelled Pontoon for the supply of LNG and MDO with a 3 knots pull force and a Dual Tug as a power unit with a dual-fuel Niigata engine (LNG & MDO) with a bollard pull of 65 tonnes-force.

The dual tug will have an overall length of 37 meters and will be coupled to a Cargo Unit for bunkers of the main dimensions of about 86.40 x 26.70 meters.

Poseidon Med II partner, CMV Panfido & C. S.r.l. has assigned the design of the vessel to the Iberian SENER engineering and technology company.

“Poseidon Med II has laid foundation for further establishment of LNG in Eastern Mediterranean with the construction of new bunkering vessels in the region.”

‘The Port could also commence using LNG for bunkering thereby making Hambantota Port and its industrial Zone as a ‘Clean Energy Zone’ of the future,’ said Pearl Energy.

PitPoint’s LNG shore-to-ship bunkering station was opened in 2019 and significantly expedites the bunkering process by offering round the clock services.

Adopting a policy of waiting until a future fuel is proven and available, as some appear to prefer, will only exacerbate the GHG challenge the world is confronting.

Firm to invest 90 million euros in fast ferry, which is scheduled to enter into service in summer of 2020.