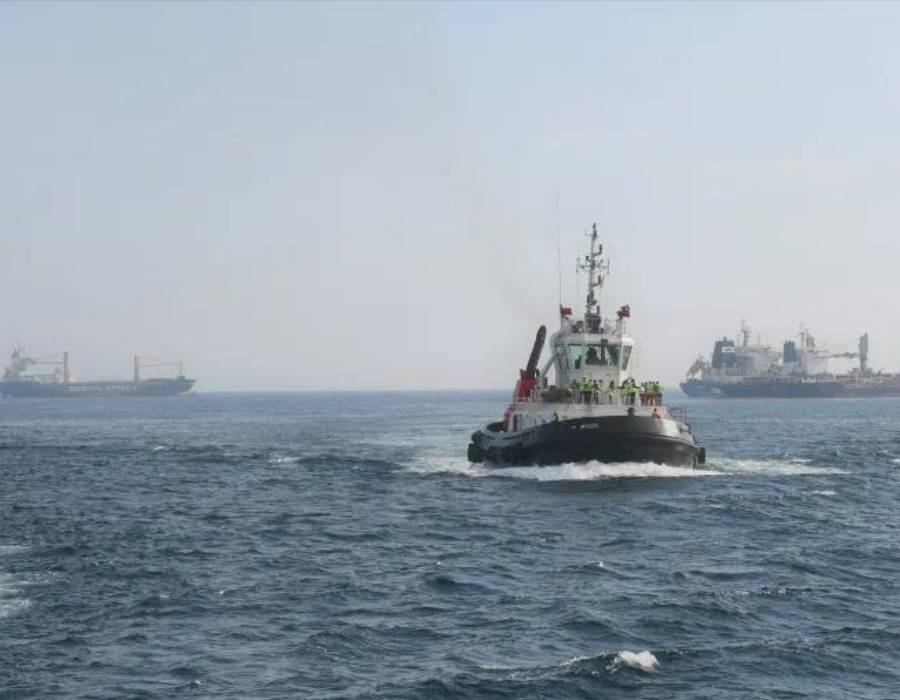 The following is an announcement on Wednesday (25 May) published on the South African Maritime Safety Authority website informing offshore bunkering services has remained suspended in Algoa Bay near Ngqurha (a.k.a Port Elizabeth) on South Africa’s eastern seaboard, following an oil spill at sea that occurred in the area on Monday.

Offshore bunkering services, otherwise known as ship-to-ship oil/fuel transfers remain suspended in Algoa Bay near Ngqurha (a.k.a Port Elizabeth) on South Africa’s eastern seaboard as a national incident management structure strengthens its grip on containment measures of an oil spill at sea that occurred at midday on Monday.

This is according to a joint statement by the South African Maritime Safety Authority (SAMSA), the Department of Forestry, Fisheries and Environment (DFFE) and Transnet National Ports Authority (TNPA) in Pretoria just after lunch hour on Wednesday, this following several measures undertaken to contain the oil spill – including an aerial surveillance of the coastal region to be carried out twice a day until such time that the authorities are satisfied it is no longer necessary.

According to the parties, the oil spill in the ocean occurred while two tanker vessels belonging to the same bunkering services firm, Minerva, were conducting an oil transfer at about midday on Monday. It had not yet been established what led to the incident, they said.

On being alerted, however, according to the authorities; the country’s oil spill incident management structure immediately launched an oil spill containment and extraction process in place, which included a suspension of ship-to-ship transfers in the period until further notice.

In the statement on Wednesday, said SAMSA/DFFE and TNPA: “Five oil recovery boats are being used to collect the oil and by Tuesday afternoon all the visible heavy oil had been collected while large patches of light oil sheen were spotted in Algoa Bay.

“A helicopter was used for aerial surveillance and to assist in directing the boats towards the oil sheen for collection. However due to rough sea conditions, the oil recovery was suspended by 15:35. The removal of the oil (soaked) “oil absorbent material” between the two vessels continued throughout the night.

“Aerial surveillance has been increased to two flights per day from today (Wednesday) with a vessel launched (with a) small drone assisting with the clean-up operations and continuous aerial surveillance in the immediate area around the vessel.

“The DFFE offshore patrol vessel Sarah Baartman will arrive in Algoa Bay tonight and will be available to assist with clean-up operations if need be,” they said.

With regards the expanse of the oil spread on the ocean area affected, the authorities said: “Oil spill modelling provided by the International Tanker Owners Pollution Federation (ITOPF) indicates that the oil will not impact the Swartkops River nor (Nelson Mandela Bay) Metro beaches, but will drift eastward towards the beaches of Woody Cape. Beach inspections were carried out on Tuesday and will continue today.”

On fears about the oil soaking wild sea birds in the area; the authorities said in the statement that: “No oiled birds or wildlife have been spotted so far. However, members of the public are requested to report such (sightings) to SANPARKS or SANCCOB Gqeberha at Cape Recife Nature Reserve on 063 942 4702, but not to approach or try to capture the affected wildlife.

Concerning the immediate fate of the two tankers involved in the oil spill incident, the authorities said the vessels were still alongside each other on location of the incident while a decision was being made on how best to further handle them. 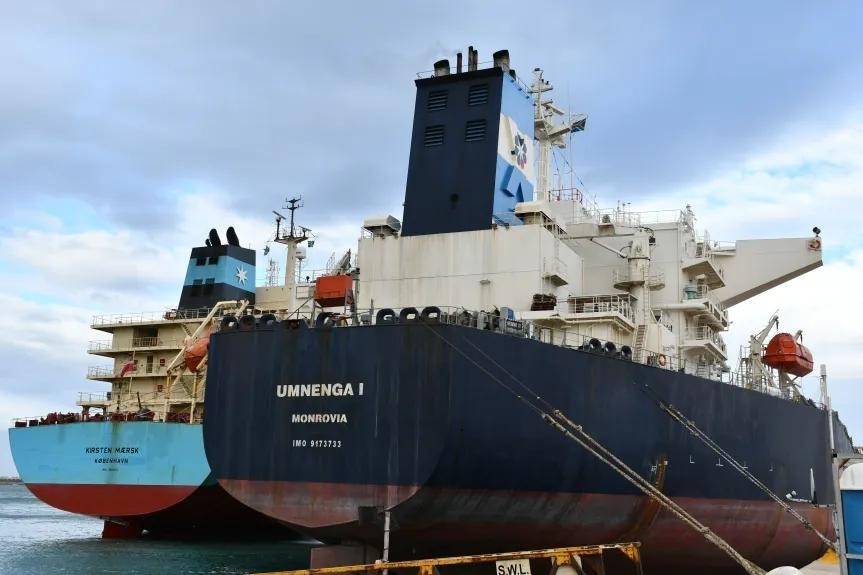 They said: “Although the two tankers are still alongside each other as a preventative measure, the South African Maritime Safety Authority (SAMSA), Transnet National Ports Authority (TNPA) and the Department of Forestry, Fisheries and Environment are evaluating whether it is safe to bring the bunker tanker, MT Lefkas into port today while the motor tanker Umnenga II remain offshore in the bay until a berth is available in the Port of Ngqura. Both tankers are operated by Minerva Bunkering. The exact quantity of oil spilt is still under investigation.

Occurring just 10 days after the country’s multisectoral Interim Incident Management Organisation (IMOrg) under the Department of Transport (DoT) conducted a five day training and live mock oil spillage management exercise near Robben Island, Western Cape, from May 9-13; SAMSA, DFFE and Transnet said Wednesday the unfortunate incident at Algoa Bay this week could not be more appropriately timed as the country was now properly prepared to handle incidents of the nature.

They said: “It is fortunate that the last full-scale joint industry-government oil spill response deployment exercise was held in Cape Town on 12-13 May where the National Oil Spill Response Plan was tried and tested.”

“This exercise helped considerably to ensure that the response for the spill in Algoa Bay was managed in the best possible manner and allowed for the quick deployment of resources to contain the spread of the oil and oil spill modelling. An investigation has commenced to ascertain the cause of the spillage. Bunkering operations remain suspended in Algoa Bay.” 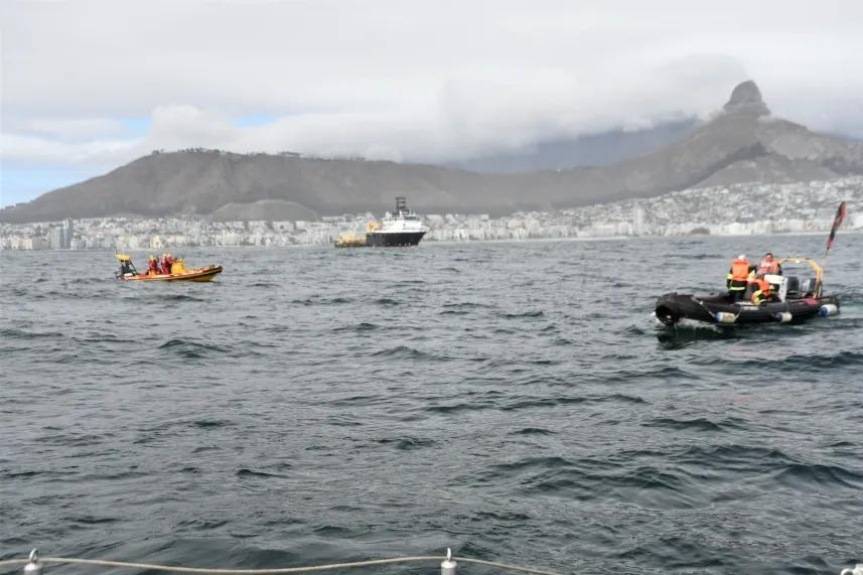 IMO: New requirements for fuel oil sampling and testing have entered into force

Amendments intended to support port State control and other environmental authorities to enhance a global level-playing-field in enforcement of IMO 2020.