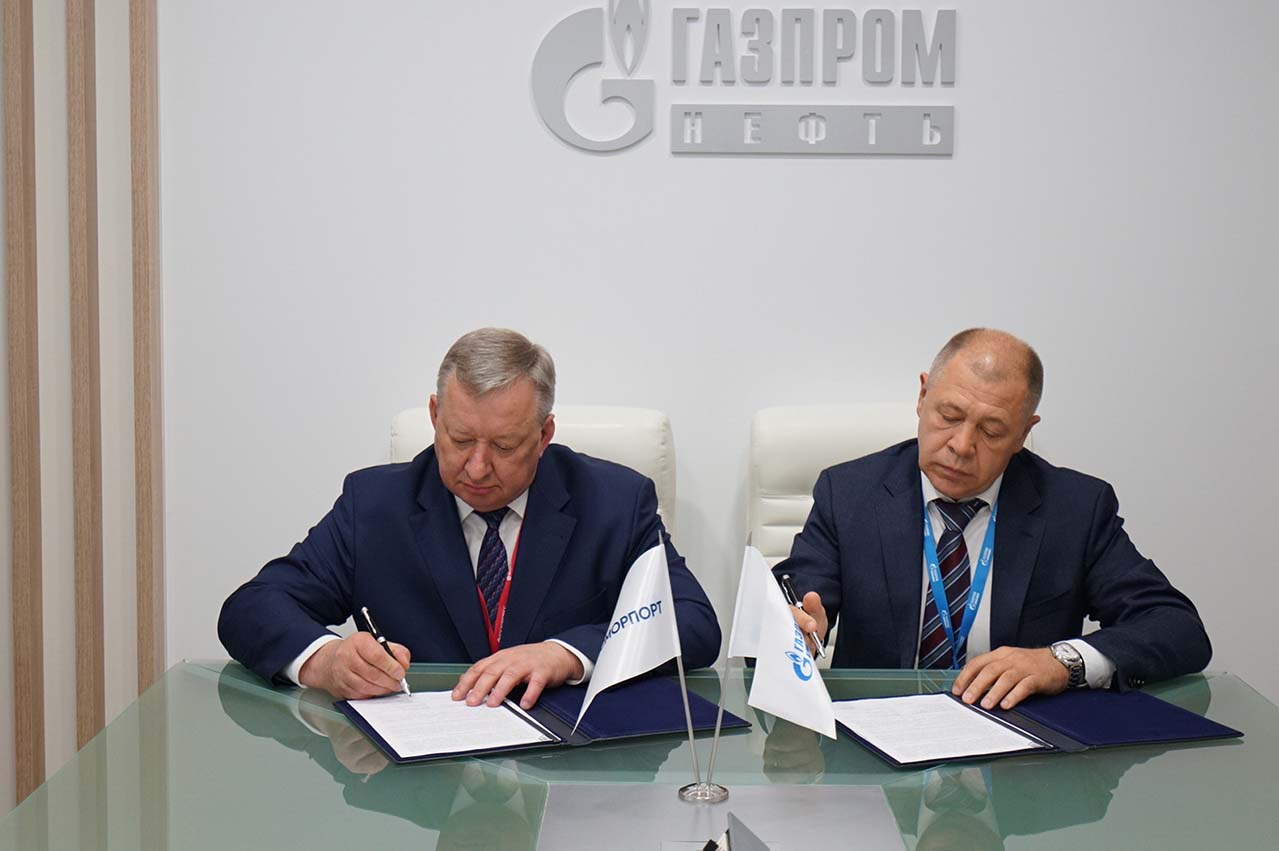 For the development of the Ust-Luga-Baltiysk transport line, Rosmorport will implement a project to build two 200-meter Arc4 ice-class LNG-powered ferries with a closed cargo deck for railway cars, as well as an open upper deck for cars and auto trailers.

Gazpromneft Marine Bunker will build Russia's first LNG bunker tanker for ship-to-ship refuelling operations to start the possibility of further LNG bunkering activities in the ports of the Baltic Sea.

“Our cooperation with Rosmorport will not only implement one of the most efficient logistics solutions for the North-West region, but also give a new impetus to the development of the entire shipping industry in Russia.”

“Commissioning of the LNG ferries will significantly update the fleet occupied at this crossing, which is strategically important for the country, as well as reorient some of the freight traffic that is currently going to and from the region through the territory of neighboring countries for domestic consumption,” said Andrei Lavrishchev, General Director of Rosmorport.

Successive completion and handover for the first of such ferries scheduled from end of 2022 to early 2023.

Seven vessels to be chartered and operated by UPM will be built in China; delivery scheduled for 2021 and 2022.