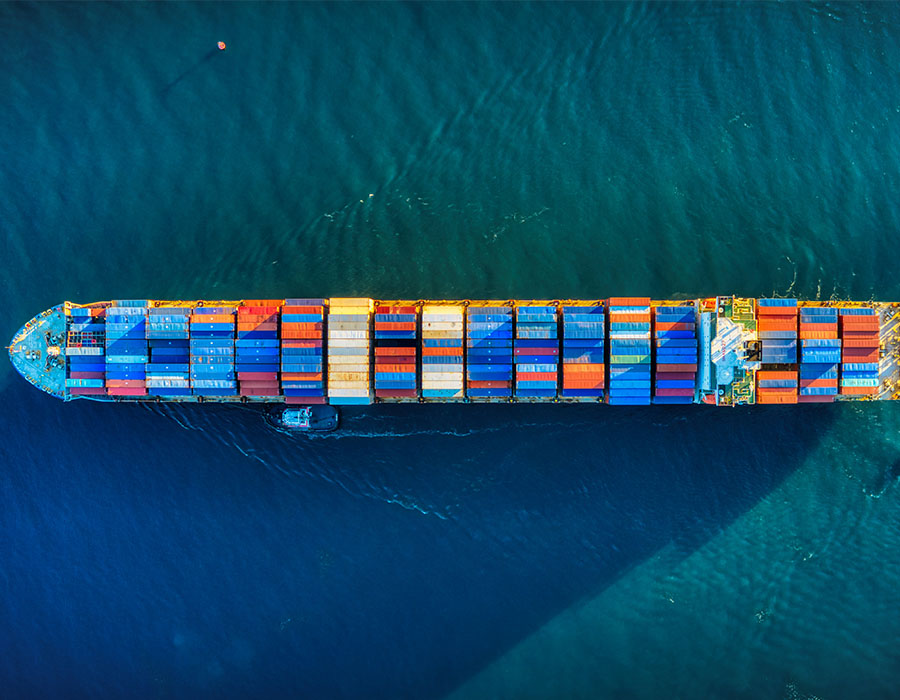 The study found that although preparing for the transition to alternative fuels requires additional upfront investment, preparation can pay off in the long term with intelligent ship design and careful planning of conversion timelines. The conclusion of the study is as follows:

The increased tank volumes required for methanol and ammonia mean that costs associated with lost cargo have a big impact on the total lifetime costs. In the twin island vessel design used here, lost cargo space can be reduced by placing tanks under the accommodation, but this must be done during the newbuild phase, which increases newbuild costs and the risks associated with committing to a particular future fuel.  When tank preparation is not possible and additional alternative fuel tanks must be added in cargo areas later, this has a large impact on costs from cargo losses.

We have analyzed the total costs of newbuilding, conversion and cargo losses for vessels with different preparation levels for each fuel and provided recommendations for newbuild readiness levels, depending on the desired future fuel, conversion timelines, and range (see Figure 15,16). The costs of conversion mean that for short conversion timelines (3-8 years), dual fuel vessels make economic sense.  In most cases where conversion is expected in a timeline of 8-10 years, and full range for the alternative fuel is required, some degree of preparation reduces the total costs. 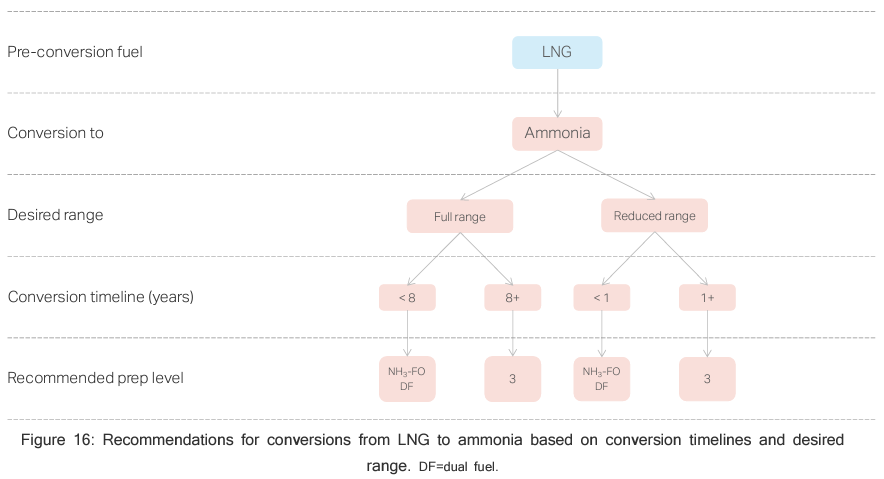 Converting unprepared vessels only makes economic sense on longer timelines or where reduced range options reduce cargo loses.  However, the different preparation levels (1-3) we analyzed only had a small impact on newbuild and total costs and very little impact on the total lifetime cost. However, in general the earlier you expect to convert, the more you should prepare. The desired range after conversion, on the other hand, has a much larger influence on conversion CapEx, and therefore the total lifetime cost. Reduced range vessels may offer cost effective options for conversion, where feasible.

When converting from LNG to ammonia, some of the required installations for ammonia are already installed, and as a result the conversion costs are lower than converting from fuel oil. When compared with an ammonia-fuel oil dual fuel newbuild, the total CapEx add-on including LNG option and the conversion cost, is around 30% of a fuel oil newbuild price. Our study shows that the additional cost for the LNG option is recovered over the period before conversion to ammonia because of the assumed lower cost of LNG as fuel, however the fuel price of LNG compared with fuel oil has a big impact on this calculation. If an LNG vessel’s fuel tank is not prepared at newbuild phase, then conversion to ammonia is not feasible for this type of vessel.

Our emissions analyses showed that CO2 emissions from the conversion is minimal, at around 0.3 of the lifetime emissions of a fuel oil vessel.  If the vessel is replaced with a newbuild, instead of converted, the emissions related to building a new vessel, is equal to around 1.5 years emissions from operating on fuel oil or 1.7 years of operation on LNG. This shows that conversion is also a valid option from an emission reduction perspective.

Note: The complete report ‘Preparing Container Vessels for Conversion to Green Fuels’ can be obtained from the Mærsk Mc-Kinney Møller Center for Zero Carbon Shipping through the link here.

Development principally related to impact of global oil prices resulting in a constrained credit environment for the bunkering sector.

Based on preliminary assessment, it is expected the annual results and annual report for FY 2021 will be published on or before 31 July 2022.