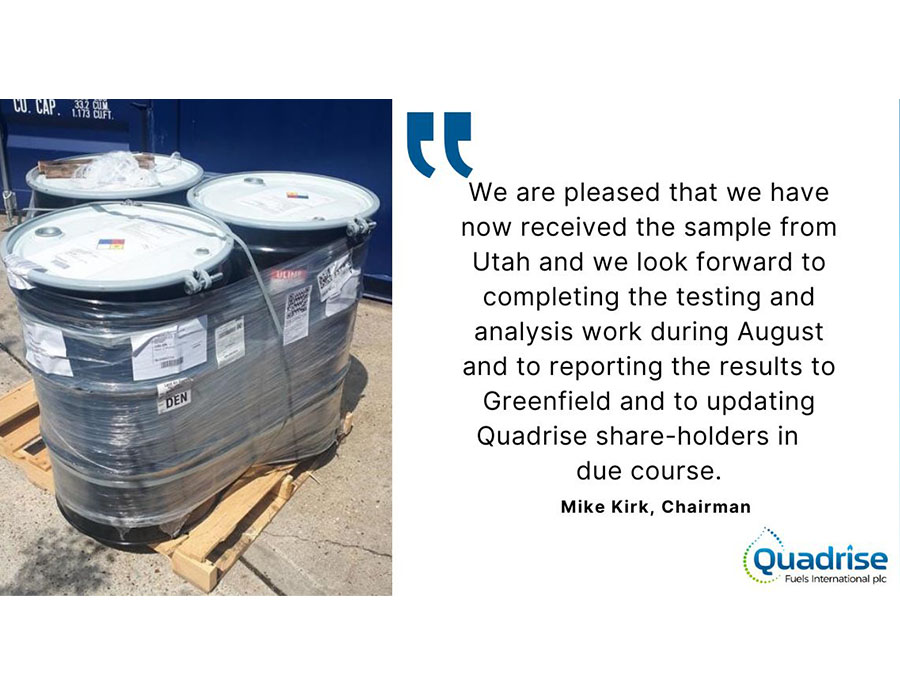 QFI will now begin an extensive testing programme on the samples received at its research facility; the tests are expected to complete by the end of August 2021, it said in a social media update.

The ability to produce commercial MSAR® and/or bioMSAR™ fuels from the produced oil will be informed by the outcome of the testing programme, together with the confirmation of the suitability of the produced oil for the potential power and marine end-user markets as bunker fuel.

MSAR® and bioMSAR™ fuels are low-cost, cleaner alternatives when compared to traditional heavy fuel oil and biofuels, according to Quadrise.

“We are pleased that we have now received the sample from Utah and we look forward to completing the testing and analysis work during August and to reporting the results to Greenfield and to updating Quadrise shareholders in due course,” states Mike Kirk, Chairman of Quadrise.