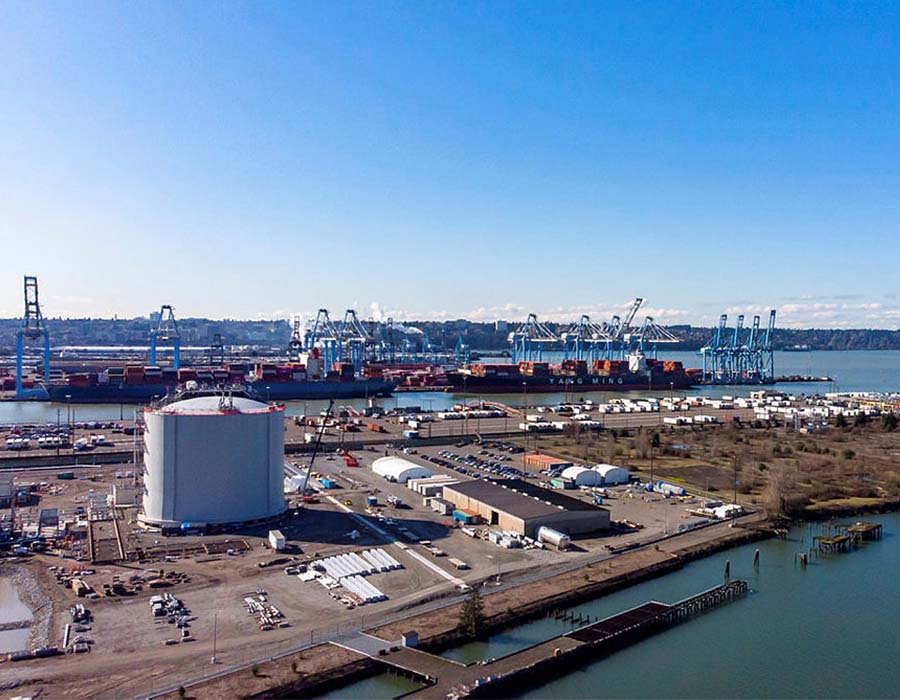 Puget LNG, LLC (Puget LNG) and GAC Bunker Fuels Limited (GAC Bunker Fuels) on Tuesday (4 May) entered into a Memorandum of Understanding to cooperate in the supply and sale of clean-burning LNG marine fuel from Puget LNG’s terminal to GAC’s customers in the Pacific Northwest.

When the Tacoma LNG Terminal becomes operational in the second quarter of 2021, it will be the first such terminal on North America’s west coast providing direct shoreside loading access for a bunker barge.

“Partnering with GAC Bunker Fuels is another way Puget LNG is working to create a clean energy future for all as its sister company, Puget Sound Energy, has set an aspirational goal to be a Beyond Net Zero Carbon company by 2045,” said Blake Littauer Puget LNG Director.

“PSE is targeting to reduce its own carbon emissions to net-zero and go beyond by helping other sectors enable carbon reduction across the state.”

GAC Bunker Fuels, a division of the Dubai-based GAC Group, will issue a Request for Proposal (RFP) for a Jones Act-compliant LNG bunker barge to be constructed, owned, and operated by a third party.

The barge would have the flexibility in size and design to serve multiple shipping customers and is expected to be operational in 2023.

Loading from Puget LNG’s terminal in Tacoma, the barge will be able to bunker vessels in port. GAC will extend credit terms to shipping companies that purchase fuel on both contract and spot basis.

Nicholas Browne, GAC Bunker Fuels’ Global Director, says: “This exciting foray into the Pacific Northwest with Puget LNG is the latest expansion of our footprint in the U.S., adding to GAC’s growing LNG fuel portfolio.”

GAC Bunker Fuels is the world’s only bunkering company with an integrated ISO 9001, 14001 and 45001 certification for bunker procurement which also covers LNG as a marine fuel.

Project aims to have at least 10 vessels running on hydrogen along the Rhine-Alpine Corridor – the freight route between Rotterdam and Cologne – by 2024.

Simultaneous LNG bunkering operation will be undertaken by FueLNG utilising “FueLNG Bellina” that is already in operation and an 18,000m3 LNG bunker vessel.