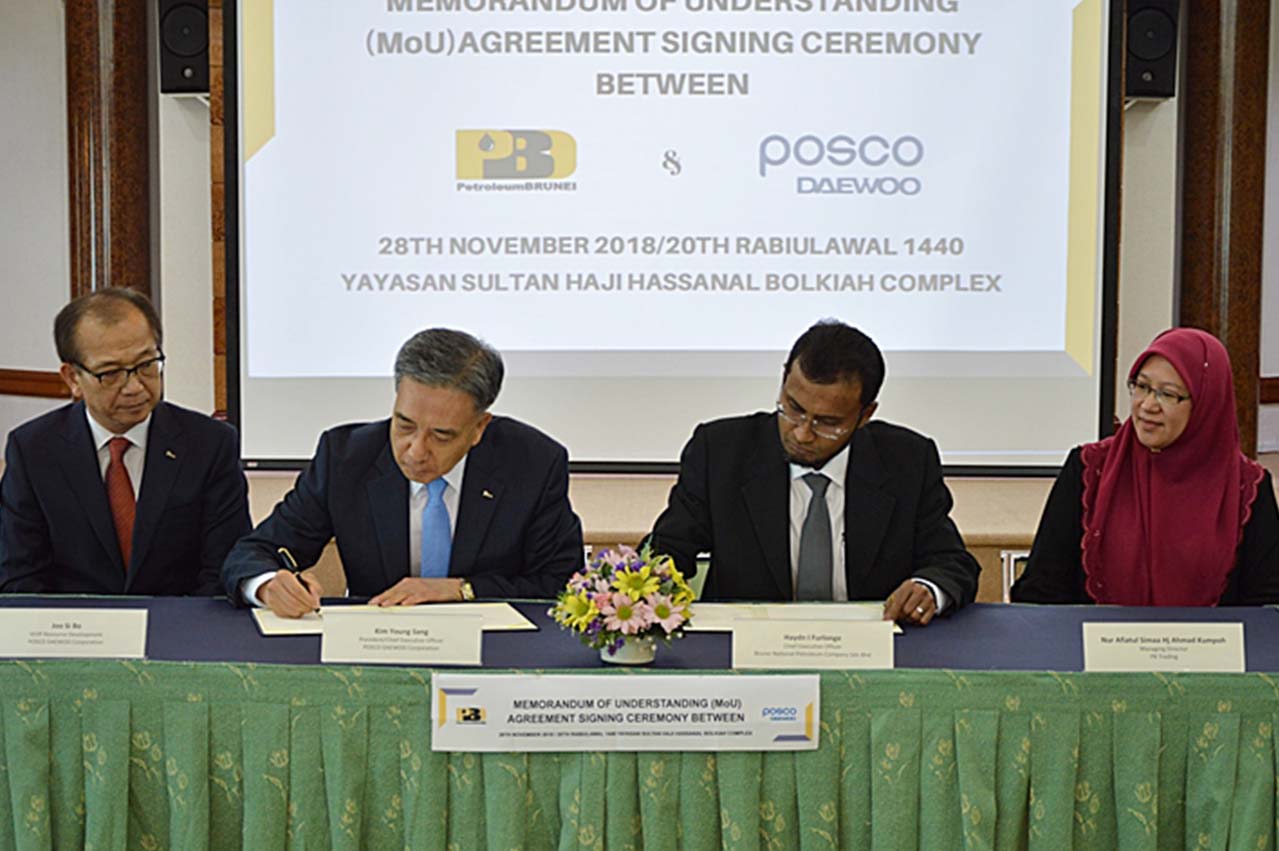 POSCO Daewoo, Korea’s largest trading company and a subsidiary of POSCO, on Wednesday (28 November) said it entered into “a full-fledged effort to advance into the entire LNG business area from gas exploration to liquefaction and sales.”

Both firms agreed to cooperate in the exploration and development of Brunei domestic and overseas blocks in the Upstream area, as well as the development of Dehwa area, which is being developed by POSCO Daewoo.

They will also exchange information and explore the feasibility of entering the LNG bunkering business.

This is in addition to the exploration of a joint investment in infrastructure for such as LNG liquefaction / import terminal assets.

“Strategic cooperation of Petroleum Brunei Co., Ltd., with POSCO Daewoo, which possesses the highest upstream technology in the natural gas field such as the success of Myanmar gas field development will be an opportunity for business expansion,” said POSCO Daewoo President Kim Young-sang.

“This MOU with Brunei State Corporation and POSCO Daewoo, a large Korean company, will provide us with opportunities to advance into the fast growing LNG business,” added Haydn Ian Furlonge, president of PetroleumBRUNEI.

POSCO Daewoo launched its LNG trading unit in 2017 with more than $50 million sales in the area; it is targeting revenue from its LNG-related business fields to hit over $200 million this year.

The South Korea government and its related ministries in November announced several initiatives to boost the vitality of the local shipbuilding industry partly through the construction of LNG fuelled vessels and bunkering infrastructure.

Project allows Spain to lead Europe ‘through the process of energy transition in the maritime sector’, says Enagas.

‘We will bring our expertise in LNG and will introduce access to a new gas market for the Sultanate.’

As part of the MoU, Petronas and CNOOC will explore establishing a global bunkering supply network, leveraging on both companies’ experience in LNG bunkering.