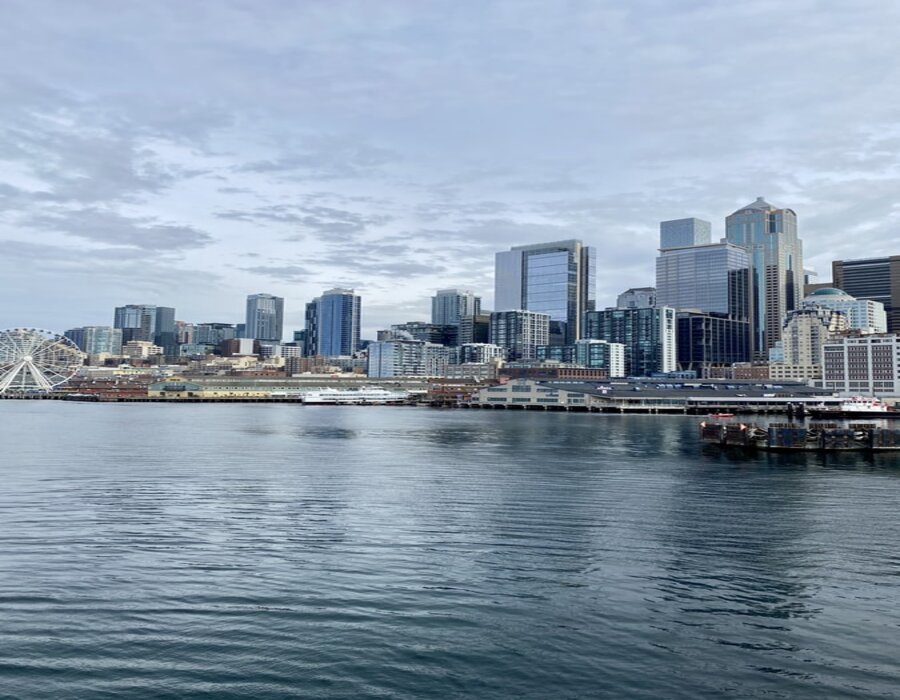 Washington State Department of Ecology, the Port of Seattle, and Cruise Lines International Association Northwest & Canada (CLIA-NWC), on Tuesday (24 August) announced that there would be no changes to the voluntary agreement on cruise ship scrubber wastewater dumping in Puget Sound due to opposition by CLIA, according to environmental organisation Stand.

Instead, the Port of Seattle and Ecology proposed a temporary pause on scrubber wastewater dumping in Puget Sound while a third-party study is conducted.

All three parties involved in the voluntary agreement had to agree to the amendments in order to update the agreement, called a Memorandum of Understanding (MOU). At a virtual meeting hosted by Ecology on Tuesday, August 24.

An Ecology representative stated that the decision was “certainly a tough one” but that the parties were “unable to reach consensus on the proposed amendment as written” to permanently ban scrubber wastewater in the MOU. A CLIA spokesperson confirmed the cruise industry lobbying group did not support the amendment.

“We are dismayed that the cruise industry has blocked Washington state from protecting the Puget Sound from cruise ship pollution. Scrubbers are a growing issue around the world, with several states and countries banning scrubber discharges due to their pollution impacts. Now, as the cruise industry returns after the COVID-19 pandemic,

“Puget Sound waters will remain unprotected from these toxic discharges. We are calling on Gov. Inslee to step in and set this right,” said Anna Barford, Climate Campaigner at Stand.earth.

“Scrubbers are nothing more than emissions cheat systems that turn air pollution into water pollution by dumping toxin-laden wastewater into our oceans. Studies show that this pollution drives up the acidity of surrounding waters and harms marine wildlife and ecosystems, including the endangered Southern Resident orcas. It is way past time for the cruise industry to stop dumping toxic wastewater into our waters,” said Marcie Keever, Oceans and Vessels Program Director at Friends of the Earth.

“It is past time for our ports and state to recognize that the marine ecosystem cannot endlessly absorb pollution to protect the profit margin of certain industries. You can’t be pro-fish, pro-orca, and pro-scrubber,” said Miranda Marti, Co-lead of the Seattle Maritime Solutions Team at 350.org.

“Asking our kelp forests, fish, orcas, and people to pay the price for cruise ships to continue buying cheaper fuel and use scrubbers is unconscionable. This refusal to use available mitigation, such as burning low sulfur fuels, demonstrates why we need to transition away from the industry to a cruise-free Salish Sea,” said Stacy Oaks, Steering Committee member for Seattle Cruise Control.

“This is a classic case of one step forward, one step back, and it’s leading to the continued governance stalemate hamstringing efforts to protect our local waterways and restore our local ecosystems,” said Blair Englebrecht, Boating Programs Manager at Puget Soundkeeper.“

Put simply, we are shocked at the eyes-wide-open nature of this decision doubling down on plans everyone admits will harm our coastal waterways; toxic discharges have no place in Puget Sound — or any waterway — especially when those discharges are readily preventable using existing technology.

“Cruise companies make their living bringing passengers to remarkable locations, yet they seem unwilling to do what’s needed to protect these very places. Heavily lobbied for by the cruise industry at the International Maritime Organization, scrubbers are a cheat. Rather than burning cleaner fuel, they made the calculation that installing scrubbers would save a few pennies over the lifetime of a vessel. Scrubber wastewater is acidic and full of contaminants like heavy metals, it has no business being dumped overboard anywhere — much less in sensitive areas like Puget Sound,” said Jim Gamble, Arctic Program Director for Pacific Environment.

“It is imperative that scrubber discharges be prohibited from the estuarine environment of the Salish Sea, which provides far more economic benefits to this region than the cruise industry does,” said Lovel Pratt, Marine Protection and Policy Director at Friends of the San Juans.”

“The public clearly sees how scrubber discharges are nothing more than a slight-of-hand: removing pollutants from the air we breathe only to dump them in the waters that sustain our lives.”

More and more cruise and cargo companies are beginning to install scrubbers on their ships in order to comply with the International Maritime Organization’s 2020 rule, which limits the sulphur content in the fuel oil burned to power ships operating outside designated emissions control areas. Sulphur oxide (SOx) emissions from ships burning bunker fuel have major health and environmental impacts. it states.

According to a recent study by the International Council on Clean Transportation (ICCT) focused on Canada’s Pacific coast, in 2017, 30 scrubber-equipped ships dumped 35 million tonnes of contaminated scrubber wastewater near British Columbia, including 3.3 million tonnes within the designated critical habitat for endangered Southern Resident orcas.

Cruise ships were responsible for 90% of these discharges, with many of them leaving from Seattle on round trip voyages to Canada and Alaska.

Several states and countries already banned scrubber discharges in port or in inland waters, including California, Hawaii, and Connecticut, as well as Norway, China, Singapore, Belgium, and the United Arab Emirates.

Regulation leaves a first impression that the courts might give more weight to visual evidence, which is potentially open to interpretation and unclear.

1.5 billion dollar port is equipped with eight tanks, totalling a holding capacity of 51,000 cubic metres of bunkering services; Liberian oil tanker Melody the first to berth at port for bunkering.