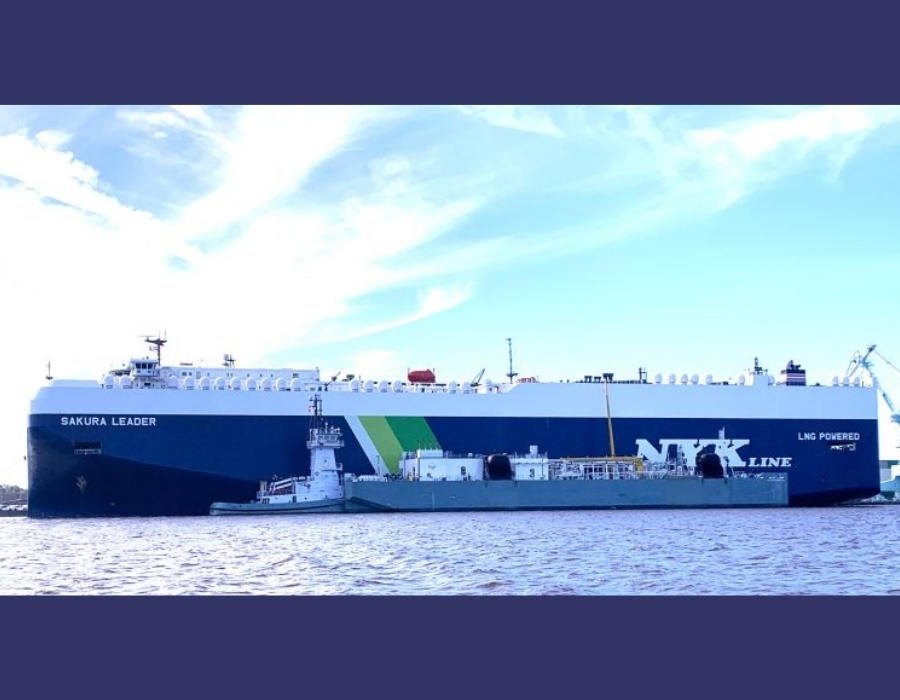 Polaris New Energy (PNE) and JAX LNG on recently completed their inaugural LNG bunkering to NYK Line and their first LNG powered vessel, the Sakura Leader, in the Port of Jacksonville.

“We are excited to continue servicing NYK Line’s LNG powered vessels and their efforts towards decarbonisation.”

JAX LNG added it is the only supplier in North America with access to two Jones Act LNG bunker barges—the Clean Canaveral and the Clean Jacksonville—giving JAX LNG the ability to serve a wide variety of customers.

Companies will study the feasibility of deploying a first and second generation Environmentally Friendly Bulk Carrier to carry Drax’s biomass under a MoU.

‘The delivery of this vessel marks a further step in the shipping sector’s efforts to decarbonise its operations,’ says Key Account Manager of Wärtsilä Marine Power.

AiP is the culmination of a five-month joint development project between ABS and K Shipbuilding evaluating a range of aspects including storage and more.