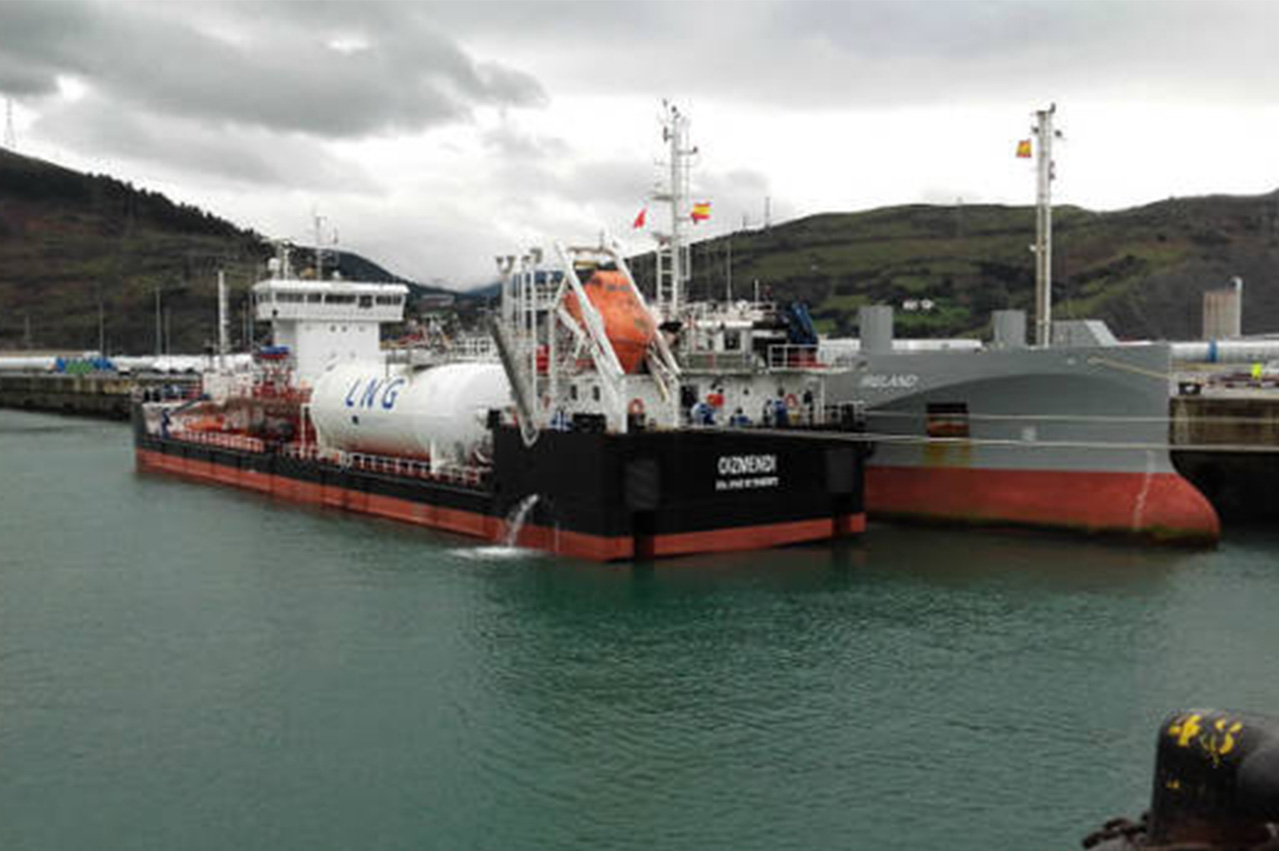 The operation to bunker 90 cubic metres (m3) of LNG is the first not only in the Iberian Peninsula but also in the Atlantic Arc and the Mediterranean, according to a Basque government presentation attended by Deia.

The pilot operation was carried out from the Oizmendi, a ship outfitted with conventional fuel tanks and two large LNG tanks, installed by Murueta Shipyards for LNG bunkering.

Itsas Gas company, owned by the Basque Energy Agency (EVE), a subsidiary of the Government of Lakua and other Basque private companies Remolcadores Ibaizabal and Naviera Murueta, carried out the pilot operation.

The Oizmendi will supply LNG fuel to vessels at the port of Bilbao, Pasaia, Bermeo, and Santander as part of the Euskadi initiative in the future.

There are a total of three LNG maritime implementation projects, partly sponsored by the European Commission through the Core LNGas Hive initiative, under Euskadi.

On top of the Oizmendi bunkering project, there are plans to introduce a LNG bunkering pontoon at the Bay of Biscay for small boats; another plan has also been made for the construction and operation of a LNG-powered tug boat.

As the first delivery in the agreement, DNV GL will issue AiP certificates for two LNG bunker vessel designs.

LNG bunker fuel was provided to a CMA CGM LNG-powered container ship at Pier 16 of the Yantian International Port Area on 22 November.

PMG Holding are physical bunker suppliers in the Black Sea and the incumbent bunker supplier in Ukraine, with a fleet of bunker barges and bunker trucks.