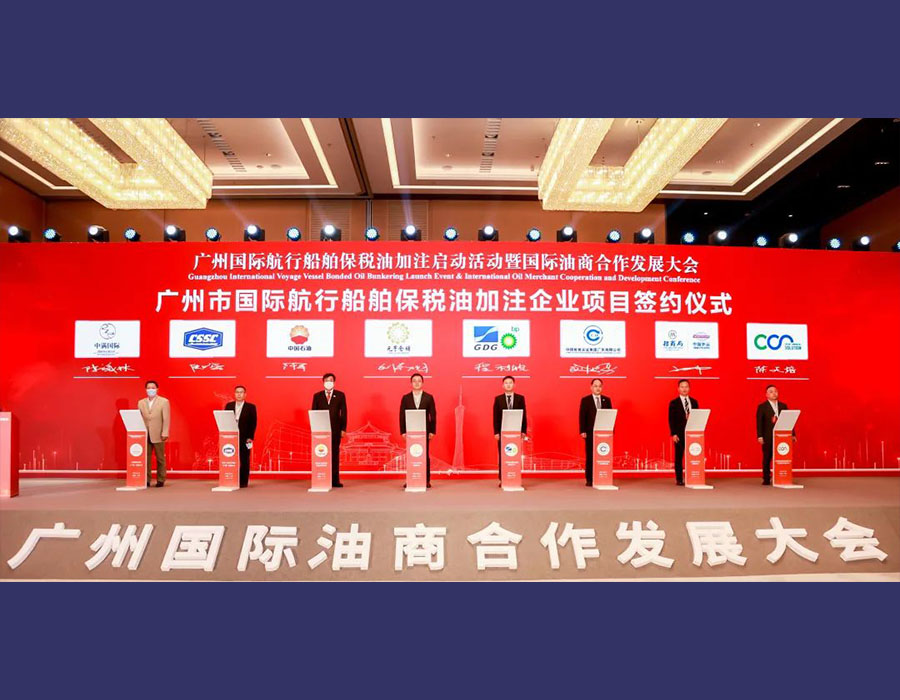 The following article published by Manifold Times on 8 March was sourced from China’s domestic market through a local correspondent. An online translation service was used in the production of the current editorial piece:

The agreement was signed by Zhang Jun, Executive Director and Secretary of the Party Committee of International Business at PetroChina, at the Guangzhou International Voyage Vessel Bonded Oil Bunkering Launch Event and International Oil Merchant Cooperation and Development Conference on 28 February.

The bonded bunker fuel supply market in Guangdong Province has broad prospects, according to Zhang Jun.

On 18 February, the “Guangzhou Interim Measures for the Administration of Bonded Bunkering of Ships on International Voyages” was officially released, marking the official launch of Guangzhou’s pilot program for the right to undertake bunkering for ships on international voyages.

The direct supply of bonded oil is carried out throughout the province, and PetroChina intends to support new development opportunities as a resource supplier, said Zhang Jun.

PetroChina will firmly support the geographical advantages of the Guangdong-Hong Kong-Macao Greater Bay Area and make good use of the preferential policies of the relevant free trade zones to provide improved bunkering services to its customers to support Guangzhou’s ambition for the development of a “super” bunkering hub in the Greater Bay Area.

Application was filed in February when judicial managers deemed HLT was ‘not in a position to trade out of its insolvency or restructure its debts’, reports Reuters.