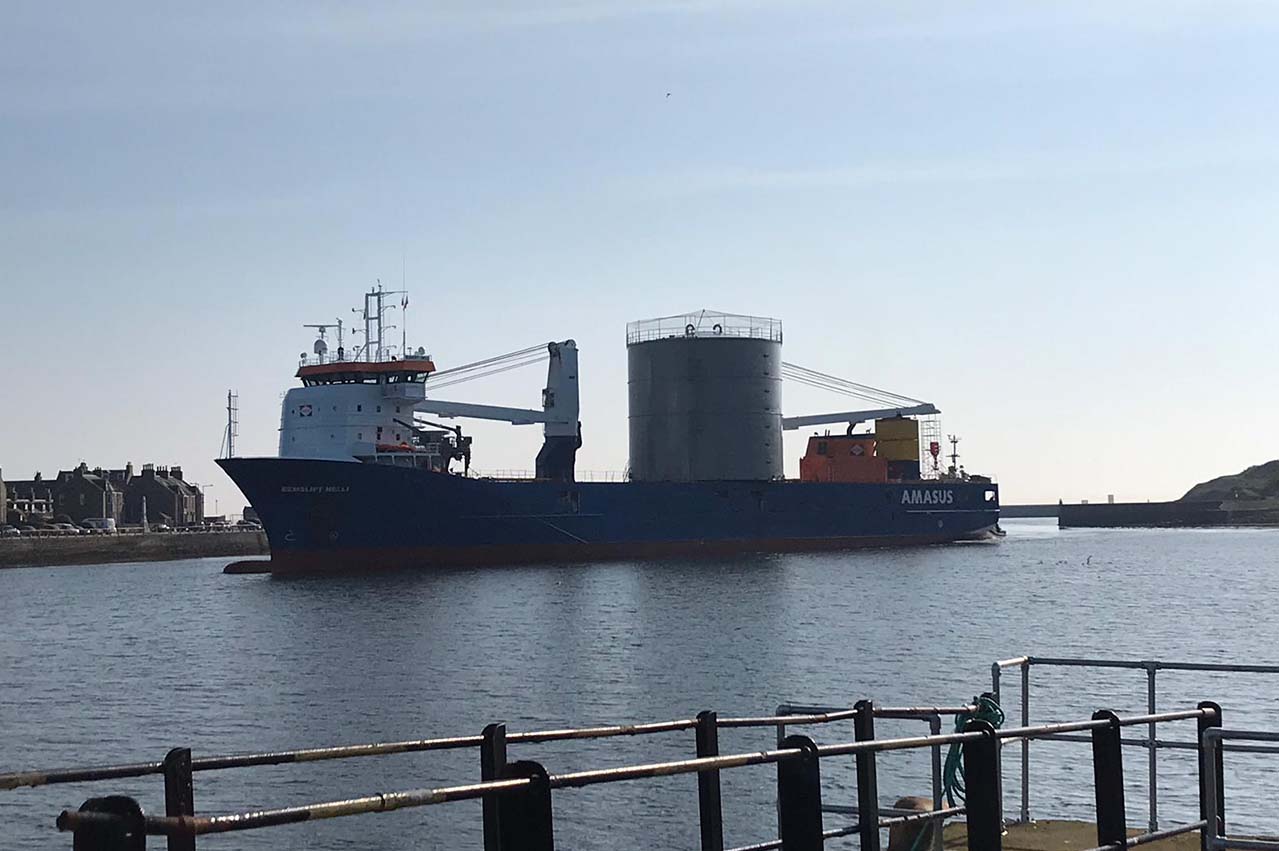 International energy logistics company Peterson has doubled its marine gasoil (MGO) capacity at Aberdeen port with the addition of a new of 4,000 cubic metres (m3) tank.

The new tank, which arrived in Aberdeen Harbour in the week ended 26 May, represents a £3 million (US $3.82 million) investment from Peterson.

The tank’s location at Torry Marine Base, core quayside for a number of operators, means they can now have easy access to fuel to streamline their vessel turnaround times.

The new tank was built in a purpose-built production facility in Rotterdam and shipped to the city for installation, in order to minimise disruption at quayside. The tank complies with the latest storage tank standard BS EN 14015 and it has also been internally coated for further protection.

With this tank’s installation, and a new 1,500 m3 tank that has also been recently installed in the south side of North Harbour, now brings Peterson’s MGO capacity in Aberdeen to 11,000 m3. It will now be finally commissioned and tested over the next two months, scheduled to begin for summer 2019.

“We are pleased to be able to bring this new tank, which brings us closer to our ambition of providing reliable fuel supply to every berth we operate, to our customers around Aberdeen,” said Chris Coull, Director, Peterson.

“We see Aberdeen Harbour as the long term supply hub for the North Sea and view this as a valuable investment to support the required efficiencies of the modern energy industry.

“Fuel remains a part of our overall integrated offering and we are constantly looking for ways to serve our clients more efficiently, bringing the fuel closer to where they are.”

Matt North, Commercial Director at Aberdeen Harbour, added: “The arrival of the second and largest MGO storage tank at the Torry Marine Base is a significant milestone for the project, which has been many months in the making between our marine and engineering teams.

“We welcome the substantial, long-term investment made by Peterson within the Harbour: the new infrastructure increases direct connection services across the operational berths at the Torry Marine Base, providing more efficiencies for our port users.”

Total sales of marine fuel at Singapore port in December was unchanged on year, show data from MPA.