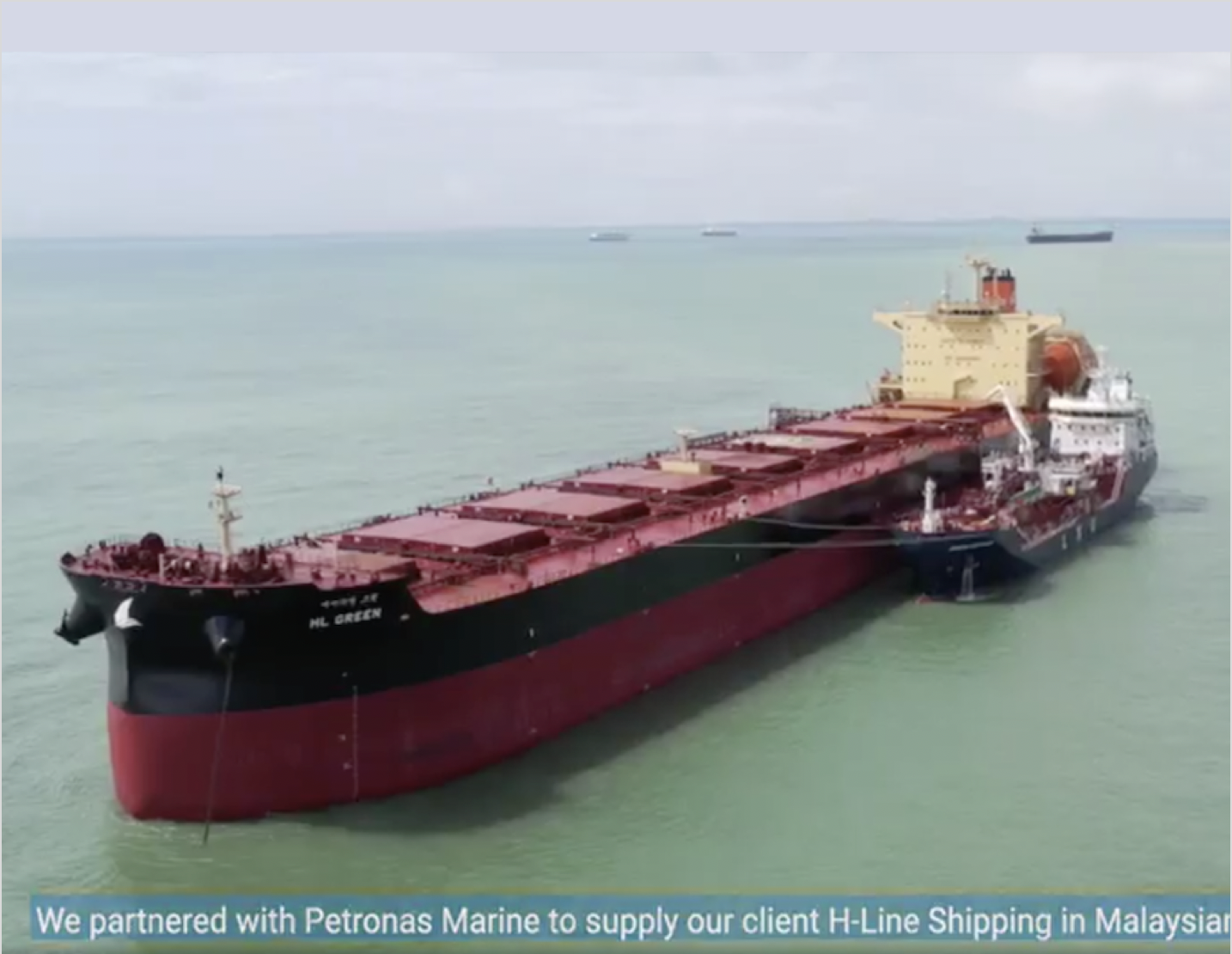 As part of the operation, Peninsula supplied 2,760 cbm of LNG bunkers to H-Line Shipping, a customer of Petronas in Malaysian waters.

This operation has special relevance as it represents the first LNG bunker delivery to the world’s largest LNG powered bulk carrier, the 180k dwt eco-friendly HL Green, on its inaugural voyage, it said.

Peninsula’s LNG and Asian teams worked closely with H-Line and Petronas Marine to deliver the deal.

“This is a landmark achievement for Peninsula. I would like to personally thank H-Line and Petronas Marine for their continued trust in us, as without them this deal would not have been possible,” said John A. Bassadone, CEO Peninsula.

“The Peninsula approach to traditional marine energy works equally efficiently with more sustainable fuels, without any compromise on product quality, or service, so expect to see more activity in this space.”

“Delivery took place safely and was completed within 20 hours, a record time for the quantity supplied, including the cooling down of an LNG tank,” added Nacho De Miguel, who leads Peninsula’s LNG business.

“H-Line, Petronas Marine and Peninsula remained in regular dialogue throughout the process and we look forward to working together again on future LNG bunker deliveries.”

Peninsula added it is committed to developing its own LNG bunkering vessels and is currently in discussions with several shipowners and shipyards to materialise its strategic LNG plan.

Feedback from Chief Scientist of SINTEF who concluded use of HFO with scrubber to be better at GHG reductions.

The Polaris is first heading to Tahkoluoto, Pori to bunker LNG before carrying out duties.

LNG bunker fuel tanks have been installed on the newbuild car carrier which is under construction at Tadotsu Shipyard Co.,Ltd. (Imabari Shipbuilding Group).

‘LNG is playing an increasingly important role as a low-emission fuel in the cruise industry, as well as for container ships,’ says CEO of Hamburg Port Authority.