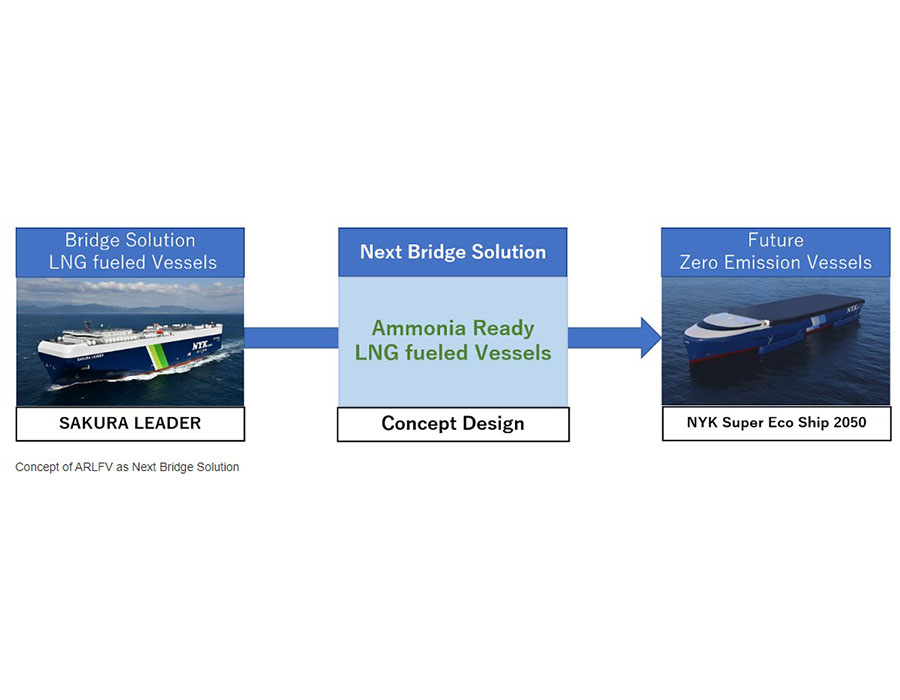 Currently, NYK and MTI (the NYK Group) are promoting the use of liquefied natural gas (LNG) as a bunker fuel to achieve NYK’s mid- and long-term environmental targets.

From the above aspect, the LNG-fuelled vessel is set as a “Bridge Solution” for future marine fuels.

As such, the NYK Group and Elomatic has now launched the development of a concept design for the ARLFV which can be converted to a ship using ammonia as a marine fuel once its supply is ready.

The ARLFV is set as a “Next Bridge Solution” to cover the transition of the marine fuel from LNG to ammonia.

The development of the concept design will be conducted by the NYK Group and Elomatic between September 2021 and January 2022 to identify and explore challenges to the actual design and construction of ARLFV.

The results of development will be released in a video with accompanying 3D models in January 2022 at the time of the project’s completion.

To date, the company has ordered eight LNG-powered cruise ships with delivery dates between 2018 and 2022.

Project allows Spain to lead Europe ‘through the process of energy transition in the maritime sector’, says Enagas.

This could represent a significant step in promoting and facilitating more research and development on clean bunker fuels and zero-carbon technologies, says IMO Secretary-General Kitack Lim.

Presents appropriate framework for adoption of LNG as a marine fuel in the Eastern Mediterranean.