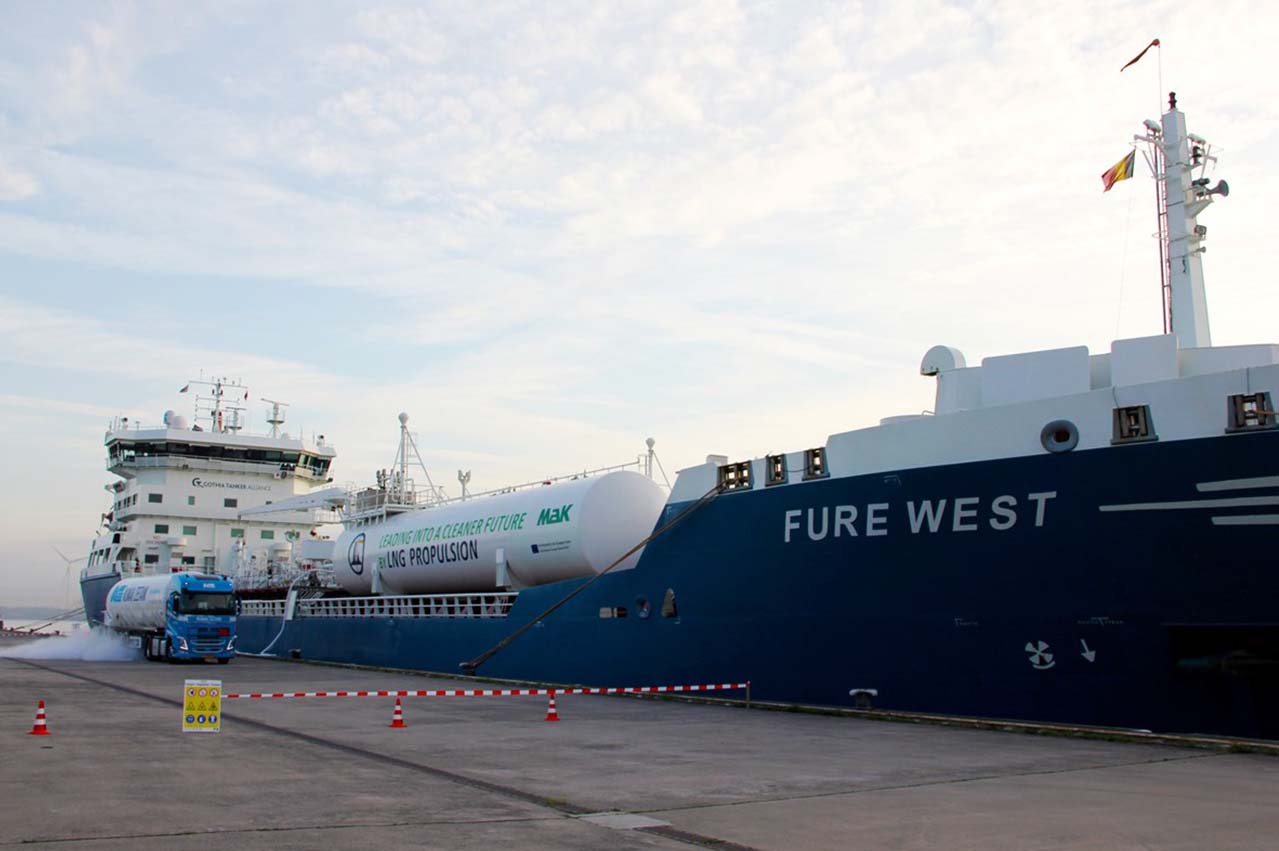 The 'truck-to-ship' LNG bunkering operation took place at the Kluizendok in Ghent, where LNG was refuelled to the Fure West from lorries on the quay.

The LNG-powered ship was supplied with LNG bunker fuel by eight trucks, each with approximately 19 metric tonnes (mt) of LNG, accounting for more than 150 mt of LNG; the trucked lifted the LNG from facilities in Rotterdam and Zeebrugge.

The bunkering operation was organised by Titan LNG. In the earlier week, the Fure West discharged liquid bulk at OilTanking Gent.

“Because the ship does not always know where it will work, it is important to switch quickly to arrange the bunkers in different places,” said Jippe van Eijnatten of Titan LNG.

“Communication with North Sea Port went very smoothly and we are very pleased with the cooperation that has been provided, which has led to safe and smooth bunkering.”

The North Sea Port is exploring further possibilities for LNG bunkering via the 'ship-to-ship' method.

Up to June 2020, bunkering operations in Spain increased threefold compared to the same period last year and the volume of LNG supplied has almost doubled, it said.

CMA CGM Palais Royal has left the shipyard in Shanghai and is a testimony of its commitment to maritime transport’s energy transition, it said.