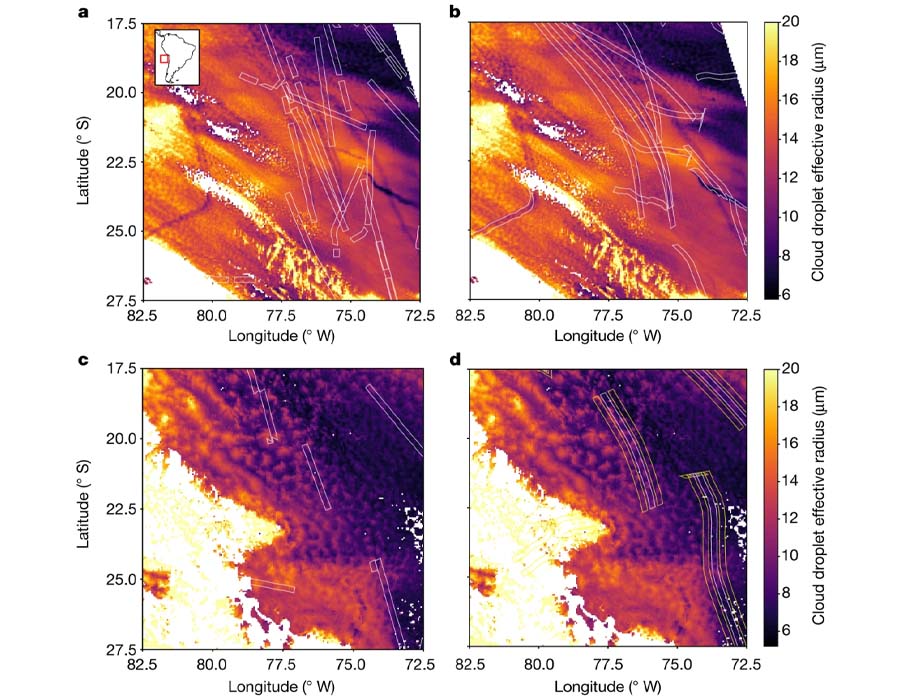 A recently published study ‘Invisible ship tracks show large cloud sensitivity to aerosol’ has found air pollution from vessels having a larger effect on climate than previously thought, according to the University of Oxford on Thursday (6 October).

The study used a global database of ship routes containing the locations of almost all ships at a given time: more than two million ship paths over six years.

The research team analysed data on ship emissions as a model system for quantifying the climatic effect of human aerosol emissions in general.

Sometimes, when a ship passes underneath a cloud, its aerosol emissions brighten the cloud in a long line, similar to a contrail.

These so-called ship tracks have been studied previously, however the vast majority of ships leave no visible tracks. This was the first study to provide a quantitative measure of the impact of invisible ship tracks on cloud properties, and thus their cooling effect.

Brighter clouds reflect more of the sunlight that strikes them, deflecting it from the earth’s surface. However, it is currently unclear how large this cooling effect is, particularly if the cloud brightness change cannot be seen in satellite images.

Key findings of the study:

Requirements for ships to collect data on their fuel oil consumption entered into force on 1 March.

AiP awarded to LMG Marin AS, Wärtsilä Voyage and Grieg Edge for a tanker that will transport green ammonia fuel between mainland Norway and North Pole.

The FirstBio2Shipping project set to be completed in 2023 will achieve a decentralised production of bio-LNG designated for use in the maritime industry.

The ferry operator will be testing the battery technology on the Stena Jutlandica in three steps.