Navigator Gas converts LNG-powered vessel to use Ethane as fuel 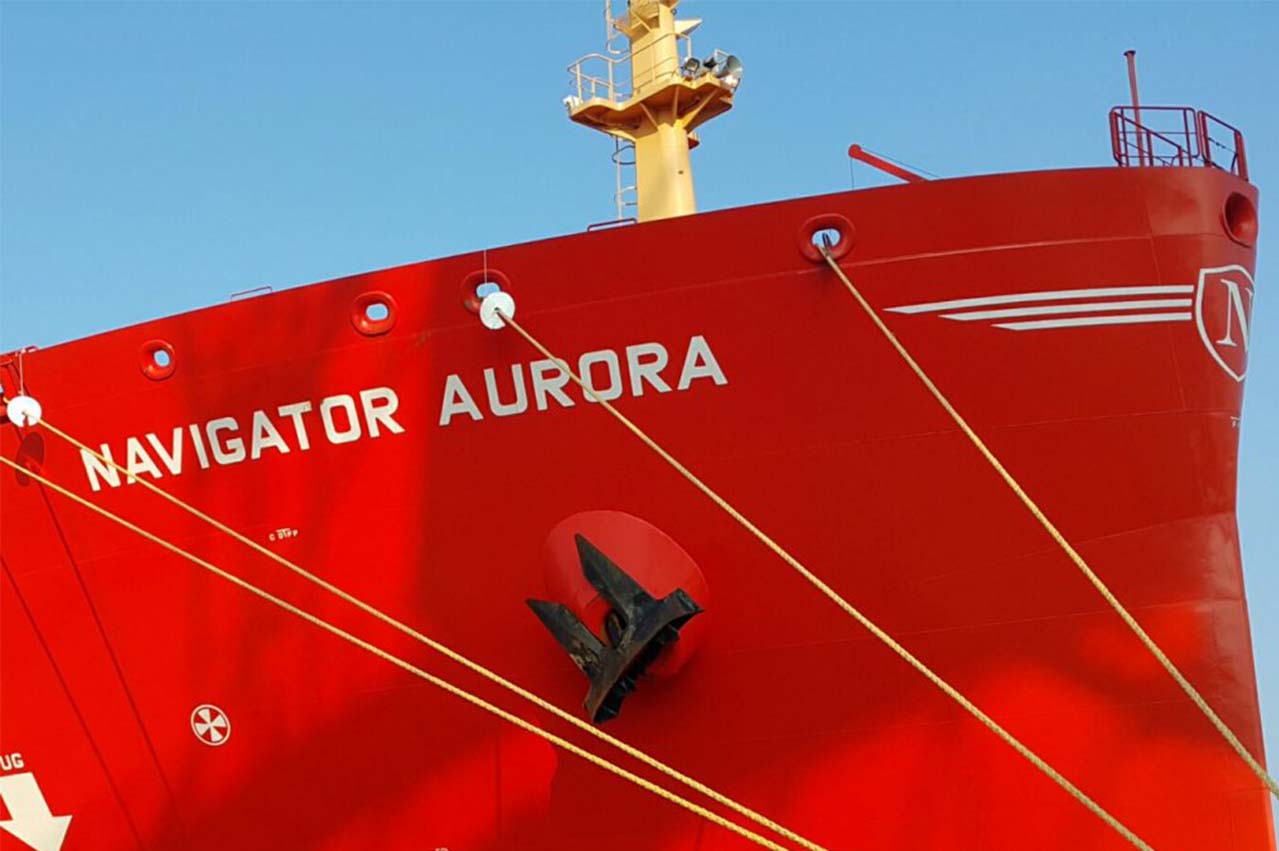 Navigator Gas, in partnership with Charterer Borealis, engine manufacturer MAN Diesel & Turbo and cargo system supplier TGE, in late July completed the successful conversion of the Navigator Aurora main engine from using LNG to Ethane as fuel while berthed alongside at Frederikshavn in Denmark.

It is the world’s first low-speed marine diesel engine conversion to use ethane as a fuel, it says.

The Navigator Aurora is a 35,000 CBM Ethylene/LPG Carrier delivered in August 2016 and equipped with a MAN B&W 6S50 ME-C8.2-GI dual fuel (HFO/LNG) burning engine; the engine has now been converted to a dual fuel (HFO/Ethane) 6S50ME-C-GIE engine.

Navigator Gas and Charterer Borealis, took the decision to convert the vessels main engine after a successful Ethane fuel trial on the test bed engine at Kawasaki, Japan, in July 2017.

The decision to proceed was made on the basis that using the cargo as a fuel source would place both companies at the forefront of compliance with the 2020 global sulphur fuel cap regulations and provide a guaranteed supply of cost effective compliant fuel.

“This project represents a significant investment by both Navigator Gas and Borealis that clearly demonstrates a very strong commitment to environmental protection and the reduction of greenhouse gas emissions,” said Paul Flaherty, Director of Fleet and Technical operations at Navigator Gas.

“This retrofit modification will comply with all current global emissions regulations and position us as early adopters of the global sulphur cap regulation due to come into force on the 1st of January 2020.”

According to Navigator Gas, the project involved two key stages.

The first required parent engine testing at Kawasaki in Japan, to prove the principle that burning ethane in the GI engine was possible. The trials were successful and showed beyond any doubt that clean burning and suitable power was available at a fuel gas injection pressure of just over 300 bars.

The second stage involved the coordination and detailed planning of the modifications across several different equipment suppliers, as well as obtaining approvals from the vessels Classification Society and Liberian Flag administration, before the conversion itself could take place. The conversion work took 15 days and was completed on 20th July 2018.

“There has been excellent co-operation between all parties concerned, culminating in the successful completion of this historic conversion.”