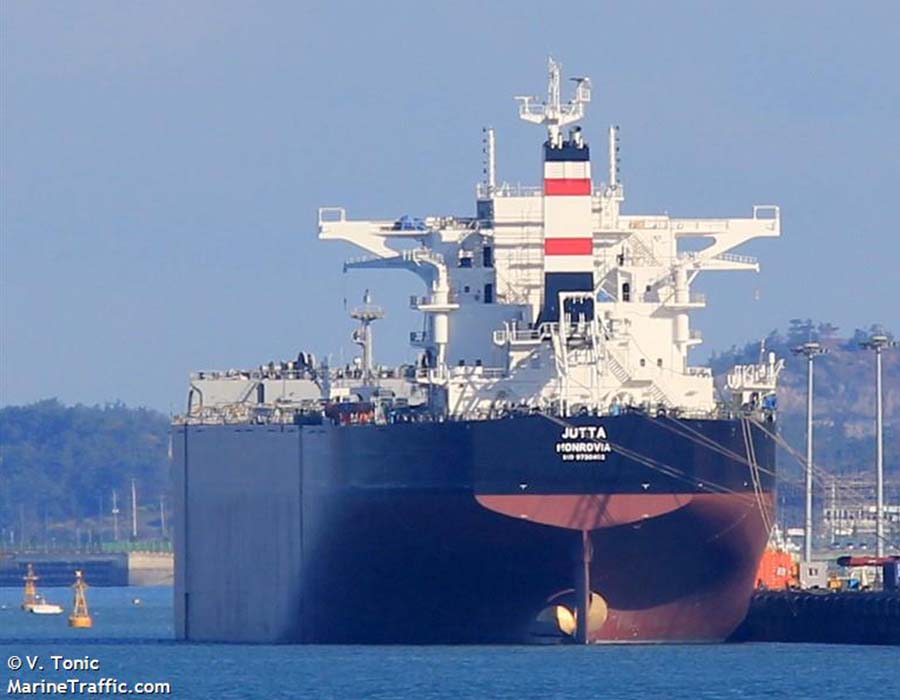 The latest hearing of the development was held at the High Court of the Republic of Singapore in a pre-trial conference on Thursday (30 January), according to legal documents obtained by Manifold Times.

Blumenthal Asia was requesting for the extension of a time limit for serving its defence to 13 March 2020, as it wanted to obtain additional legal advice due to the bunker contract being signed under U.S. law.

In addition, Blumenthal Asia notes it may be submitting a counterclaim against Monjasa over the delivery of alleged off-spec bunkers (separated into two parcels) to Jutta.

“The defendant disputes its liability to pay because it says the bunkers are off specification,” said Monjasa’s legal representative during an earlier court hearing on 16 December 2019 in an application for the ship’s arrest at Singapore port.

A Warrant of Arrest was issued by the Singapore court for Jutta on 16 December 2019, and the bulker was subsequently arrested on the next day; it was released on 19 December after Blumenthal Asia furnished payment of USD 700,000 to the court as security over Monajsa’s claim.

‘The Debtors are authorized to enter into the RSA and perform thereunder,’ states bankruptcy judge.