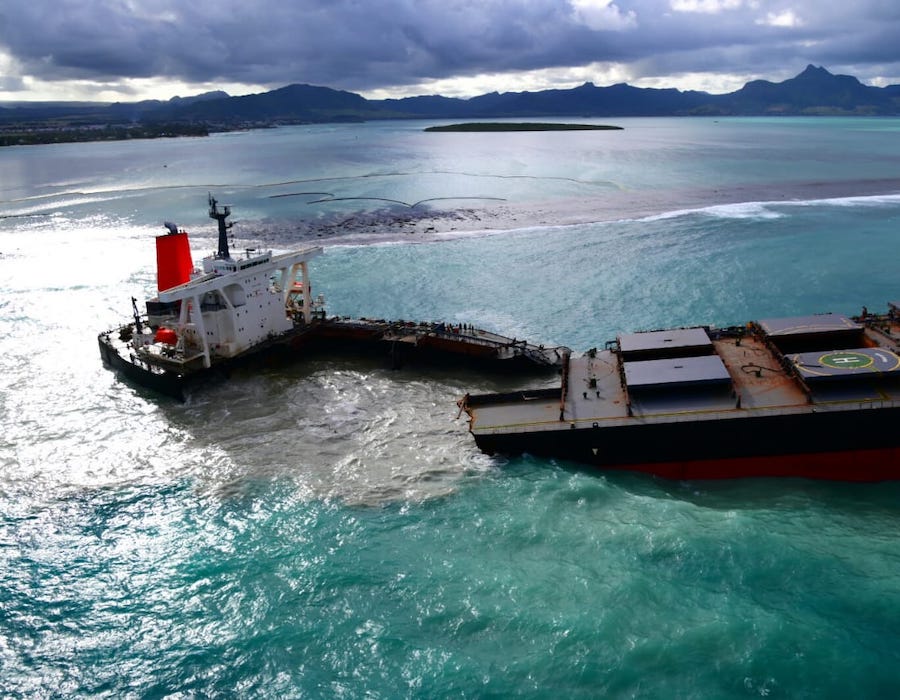 Tokyo-Mitsui O.S.K. Lines, Ltd. (MOL; President: Junichiro Ikeda) as the Charterer of Capesize Bulker Wakashio, are doing everything possible to support the efforts of Owner and Manager, Nagashiki Shipping Co. Ltd. (Nagashiki) and their appointed teams in mitigating the effects of the spill. MOL deplores any incident of oil pollution and continues to offer support to all involved in the response.

Wakashio went aground off Mauritius on July 25, and the bunker oil leaked out on August 6, and the vessel broke apart on August 15.

The following information has been received from Nagashiki.

MOL as the Charterer, has dispatched a team of employees from MOL Group and clean-up equipment such as oil absorbent, to cooperate and support Nagashiki to recover the environment of Mauritius.

MOL will continue to work with the relevant authorities of Mauritius and Japan to mitigate the situation as soon as possible together with the shipowners.

Liquidators to provide explanations while presenting an account showing the manner in which the winding-up of Xihe Investment has been conducted.

Minister of Transport states of an ‘ambitious plan’ to transform KLIP into a permanent oil and gas port.

The company, which operates 12 river bunker stations in North West Europe, will be listing “in the coming weeks”.