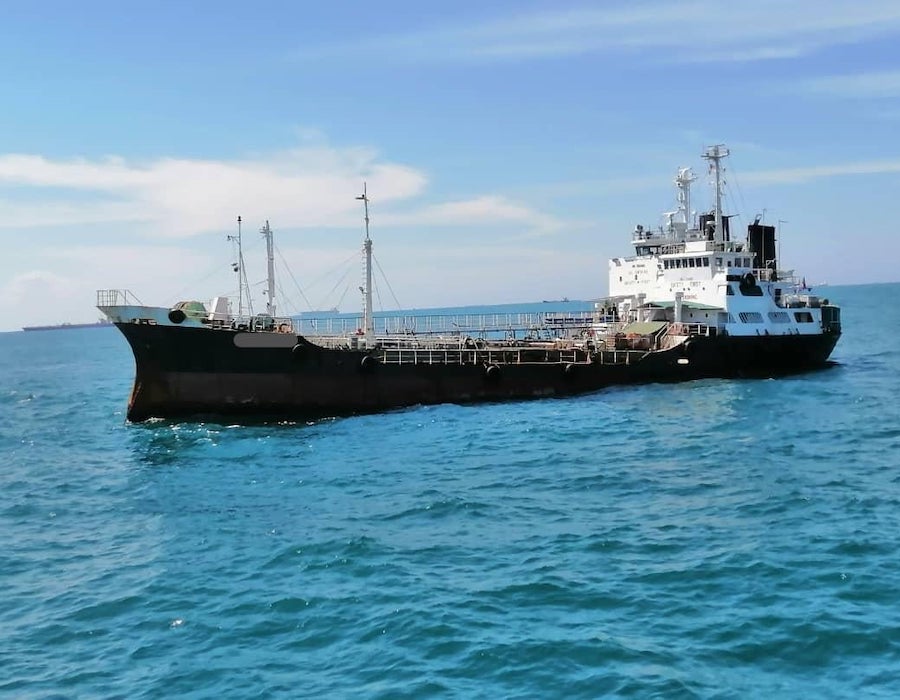 The vessel was discovered by the Tanjung Sedili Maritime Zone’s patrol team at 1.35 pm on Sunday (20 September) about 14 nautical miles east of Tanjung Siang while they were performing routine inspections.

Initial investigations revealed that the tanker had six crew and a captain onboard who were all Indonesian nationals aged 24 to 63 years old. The vessel was not carrying any cargo.

“Inspection of the vessel’s documents revealed that it is registered in Ulaanbaatar, Mongolia and it will be investigated under Section 491B(1)(L) of the Merchant Shipping Ordinance 1952 for the offence, and if found guilty, carries a maximum jail term of two years and or a maximum fine of RM 100,000 (USD  23,823).”

Material enables up to 80% GHG emission reduction over the lifecycle compared to fossil fuels and can be taken in use without any fleet modifications, says Neste.

MPA and DMU will work together in the fields of maritime and marine affairs, maritime safety, clean energy in maritime sector, port management and more.

Enagás, through its subsidiary Scale Gas, and Peninsula, have agreed to construct a liquefied natural gas (LNG) supply vessel for delivery by June 2023.